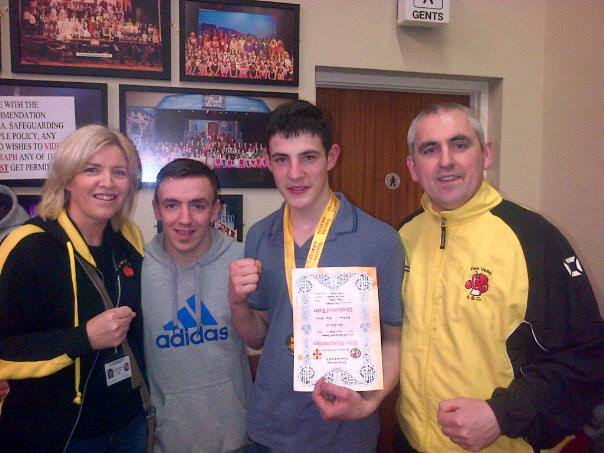 Three-time Irish champion Gallagher from Finn Valley ABC and St Johnston native McGinty, who boxes out of the Oakleaf ABC in Derry, have both declared their entry into the 70kgs class at the Championships.

McGinty is returning to action after suffering a controversial defeat to Dubliner Christopher O’Reilly in the Youth 1 70kgs final earlier in the year. A five-time Irish champion, McGinty was beaten on a majority decision, 2-1, with three of the five judges having sided with the Deele College Student, a bronze medalist at the European Schoolboy Championships in 2012.

Gallagher is also a European bronze medalist. A younger brother of Youth Olympic-bound Michael Gallagher, he’s another in a long line of talent coming out of the Finn Valley stable. The draw for the Championships takes place at 1pm on Friday.

At 50kgs, Dungloe pair Mark McMonagle and Kevin McMonagle are joined by Martin Ward of the Bluestack club in Ballybofey, while Matthew McCole of Dungloe is in action at 54kgs and Buncrana’s Conor McLaughlin has entered at 52kgs. Meanwhile, Callum Toland, another St Johnston man who fights out of the Oakleaf club, will compete in the 57kgs division. Toland was narrowly beaten by Sean Purcell (Marble City) in the Boy 4 54kgs final earlier in the year, but has had a fine breakthrough campaign.

The IABA are using the Championships as part of their selection process for November’s European Junior Men’s Championships in Anapa, Russia.