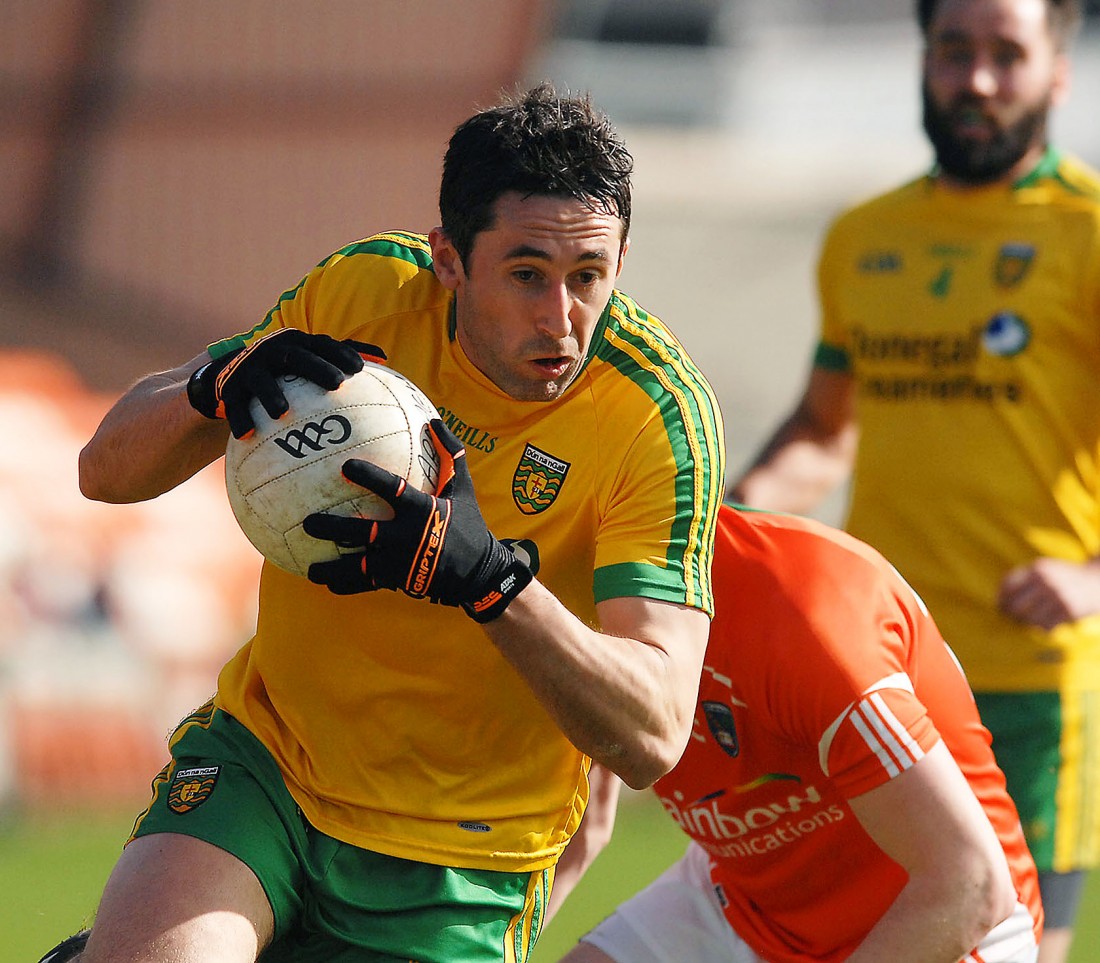 DONEGAL’S preparations for Sunday-week’s Ulster final against Monaghan have been given a significant boost with the news that Rory Kavanagh and Neil Gallagher will have taken a full part in training by the weekend.

Kavanagh has not played this year in the Championship, but the St Eunan’s ace is now firmly in the picture for the final. Having been suspended for the opening game against Derry, he sat out the semi-final win over Antrim because of an abductor muscle injury.

Kavanagh took part in Tuesday night’s training session and was to undergo full contact work again on Thursday night. Neil Gallagher, who had to come off after only 16 minutes of the semi-final, is in the same boat with the Glenswilly man expected to have taken a full part on Thursday night with his hamstring troubles now cleared.

Odhrán MacNiallais and Darach O’Connor starred against Antrim, but ankle and hamstring knocks have kept them out of training in the last week. The Donegal squad will spend Friday and Saturday at a training camp in Leitrim, with both expected to have returned to full training by the end of the weekend.

Colm McFadden and Michael Murphy didn’t play for St Michael’s or Glenswilly in the All-County League on Sunday, but there are no fears regarding the fitness of either player and management also remain confident that Paddy McGrath will be available. Although he has yet to make a return to full training, as he minds a hamstring strain, McGrath is expected to be given the green light.

This will be the fourth year in a row that Donegal will contest the Ulster final. Having lost against Monaghan twelve months ago, Donegal are on a mission to regain a hold of the Anglo Celt.

“They have got a taste of success and losing last year was very difficult,” said Donegal manager Jim McGuinness.

“Hopefully now we can take all the negatives and use them as a positive. We want to get back to where we were in terms of expressing ourselves. We have worked really hard in a ten-week period since before the Derry game and it’s about freshening it up now.

“The one think that we hope for is a performance. They have had two Ulster Championships and an All-Ireland. We lost the Ulster last year, but hopefully we can correct that this year and get over the line.”

But the Donegal boss is determined for his men to be kings again. His thoughts have not even turned to what heading for Croke Park as the Ulster champions would do for his team.

Tony McClenaghan (achillies) has emerged as an injury worry, while Bonner is also cautious with regard to injuries to captain Niall Harley, Ciaran Gillespie and Cian Mulligan.