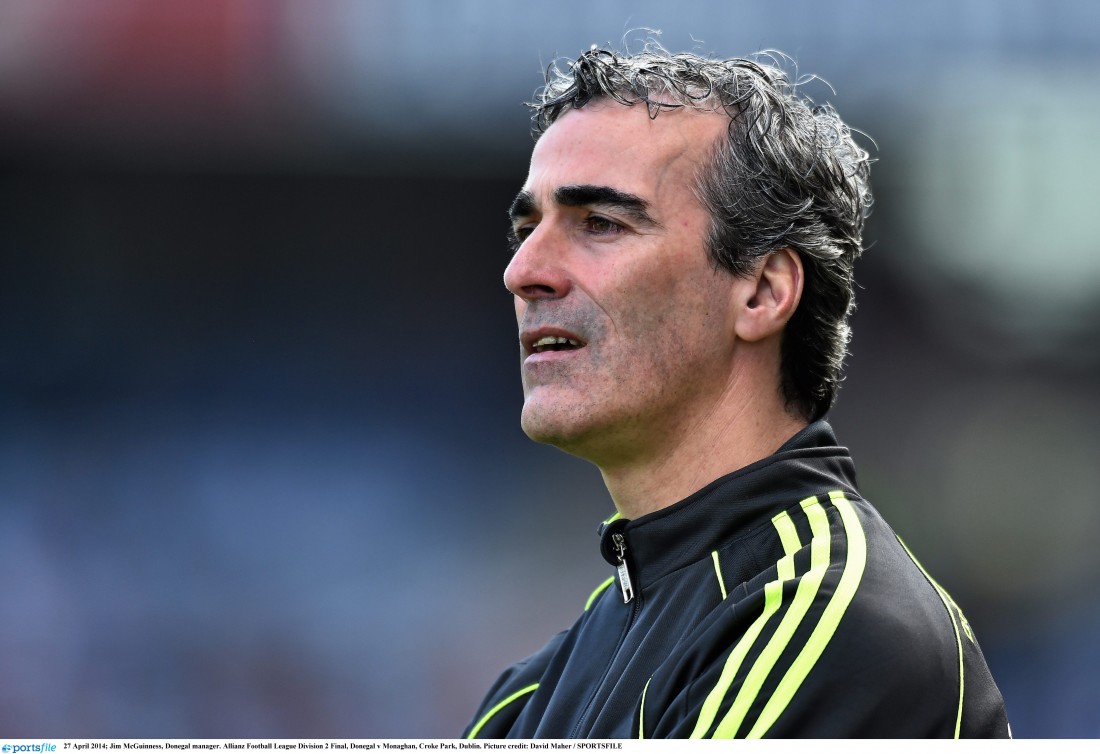 DONEGAL’S Ulster minor and senior semi-final double-header against Antrim on June 22nd has been fixed for St Tiernach’s Park, Clones.

The Ulster CCC confirmed the decision early on Sunday evening. Donegal’s minors will face the Saffrons at 12.15pm with the senior meeting of the counties getting underway at 2pm.

Both Ulster semi-finals and the final will take place in Clones this year.

The Antrim game will be Jim McGuinness’s twentieth Championship game as the Donegal manager and offers his side the chance to reach a fourth-successive Ulster final.

The bulletins coming from the weekend’s All-County League games will have encouraged McGuinness.

Although Karl Lacey (heel) and Neil Gallagher (dead leg) didn’t play in the Four Masters-Glenswilly game, both absences were said to be precautionary.

Colm McFadden was back to his best as St Michael’s upset the odds in defeating St Eunan’s. Having failed to score against Derry at Celtic Park – after being bed-ridden with a flu in the lead-up to the game – McFadden was on fire at O’Donnell Park. Not only did he kick 1-6, McFadden was directly involved in 2-13 of the 3-15 scored by St Michael’s.

Leo McLoone, who hit the match-winning goal against Derry, found the net as Naomh Conaill demolished Termon. The county players will not be involved for their clubs next weekend as McGuinness ups the ante ahead of the Clones date the following Sunday.

McGuinness watched Antrim defeat Fermanagh at Brewster Park last Sunday. Despite needing a late goal-line block by Kevin O’Boyle to secure the win, Antrim had dominated for long spells and McGuinness insists that the game won’t be a cakewalk for Donegal.

“They have too many players who have been there and done that and they have too much big-game experience for that to happen,” he said.

“We will approach this game the same as every other game and prepare as best we can. If we get through to the Ulster final by one point, we’ll be really delighted.”

Antrim scored a 2-18 to 3-13 win, but were clinging on as Fermanagh headed in search of salvation late on.

“The first half was as impressive as I’ve seen in a long time in terms of championship football from Antrim,” said McGuinness.

“They were hugely impressive with their running game, their scores and their confidence, which was really, really high.

“They managed the game well for long periods and it was only in the last few minutes that it went away from them.”