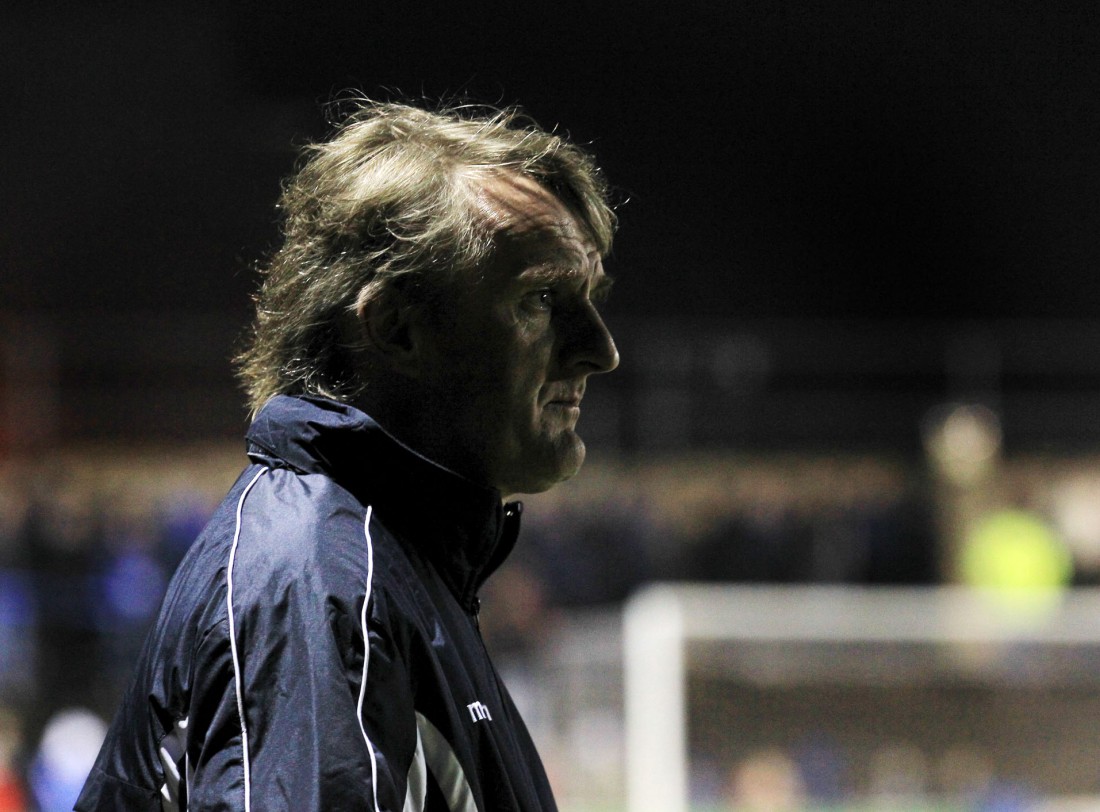 WHEN Ollie Horgan turned to applaud the supporters in the stand at Finn Park following Finn Harps’s one-all draw against Shelbourne last month, he found himself momentarily taken aback.

Little more than 500 people had turned out, but their reaction at the end of a pulsating game was a reminder to Horgan of what he had spoken of after being appointed the club’s manager late last year when he said: ‘the potential, the support to me and what is out there is enormous’.

Ruairi Keating’s goal, early in the second half, secured a draw for Harps against First Division leaders Shels, but Horgan’s side might have won it, with Packie Mailey and Damien McNulty both going close to snatching victory.

Harps lifted their lot for the closing thirty minutes. Having been uninspiring for the first hour, that they finished with a spring in their step added a little urgency around the terrace, too.

As he walked along the touchline, up the steps and into the dressing room it struck a chord for the manager.

“The appreciation of the supporters really registered with me,” said Horgan, as he prepares to welcome Longford Town to Finn Park on Friday night.

“We had only played for a half-an-hour and I probably thought that we didn’t deserve the appreciation. But it has logged with me as being important. These people mean well. Sure there will be critics, but that was something of an eye-opener for me.”

Their meeting with Longford in Ballybofey clashes with the Spain-Holland match at the World Cup, but Horgan hopes that a five-game unbeaten run and the memories of the previous home fixture will see a good crowd converge by the Finn.

He said: “We didn’t play until the 60th minute, but coming off the pitch we had huge support. That is a huge benefit to the players when they could see that the people weren’t turning on them when they weren’t playing well.

“That had a huge impact. If that crowd was behind us and we were playing well for a home game, who knows what could happen?”

Harps remain without Sean McCarron (broken ankle), but Michael Funston and Josh Mailey are available again having served suspensions. This week, though, it is the turn of Thomas Bonnar to sit out because of a ban.

Jonny Bonner (back) and Paul McVeigh (knee) haven’t trained in ten days, although Shaun Patton is available for selection. The St Eunan’s College student missed last Friday’s one-nil FAI Cup win at Belgrove/Home Farm because of his Leaving Cetificate exams, but the Letterkenny lad will be in the squad again this time out.

A Pat McCann goal fired Harps into the third round, but given that his team had played for 72 minutes against ten men Horgan felt that the evening ought to have had a more routine feel to it.

He said: “We were poor. I was very disappointed, particularly with how we played with eleven against ten. We didn’t create a lot and we didn’t look bright enough. We hung on at the end.

“If we had seen it out comfortably at one-nil it would have been different, but it was worrying to be hanging on.

“The ‘but’ part is that everyone agreed in the dressing room that it wasn’t good enough. They know that they have to up it for this weekend.”

A disputed David O’Sullivan penalty gave Longford a one-nil win in the previous meeting of the teams at the City Calling Stadium. Longford, since having a stuttering start, are now up to joint second and are only four points behind Shelbourne, the leaders.

Horgan said: “Longford have improved since then. They beat Athlone last weekend in the Cup.  I expect them to kick on, themselves and Galway.”
While Harps have not lost in five, they have drawn in their last three League encounters. Longford are the only team Harps haven’t taken points off this season with this week’s game seeing the season reach its midway point.

Horgan reflected: “Shamrock Rovers at home was a game that we should have won. We were poor in the game down in Waterford, but there were no guarantees that we’d have got anything that night if we had played well.

“I hope that the run of luck would change in that we have had to chop and change a lot with players missing for one reason or the other.”

In a fortnight’s time, Waterford United will visit Finn Park. Horgan will give his players a week off after tonight with his squad not due to report for duty again until Sunday-week.

Pat McCann and Graham Fisher were granted permission to return to America and Canada to visit their families while Carel Tiofack will go back to Cork for a break.

Horgan said: “To be fair to them they deserve a week off. The three lads wanted to go back to see their families so I felt the break should be open to the rest of the panel.”

The Harps boss has urged his side to draw on the energy of their last home game to end the first half of the campaign on a winning note. He said:  “We have to be confident enough to go and beat one of the so-called bigger teams, but it will take a savage effort.”