Advertisement
HomeSportGAAMichael Murphy: The quest for performance and attention to detail
Advertisement 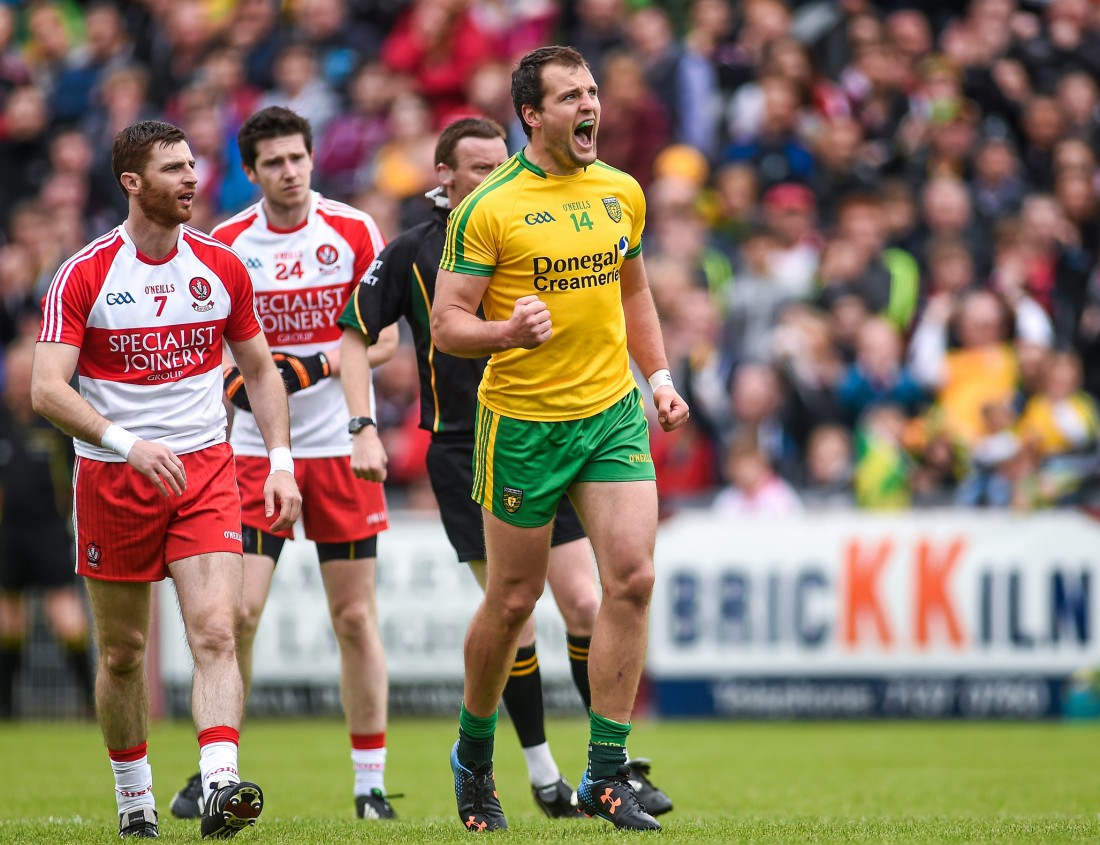 Donegal’s Michael Murphy celebrates after scoring a second half point against Derry.

The Donegal captain and his housemate, the Cork player Walsh, headed for Carton House, on the off chance that they might bump into the British and Irish Lions, who were in camp ahead of their tour to Australia.

They found the gates open and the Lions in the throes of a training session. The students began to study again.

Murphy has always followed rugby. By birth, Munster was Walsh’s team; by choice they were Murphy’s.

“I loved the Munster way of playing,” he says.”I found myself supporting them because I could relate to them – They were a typical, ordinary, sort of a country type team.”

On their visit, Murphy kept a close eye on Jonathan Sexton. He’d been taken by the toughness, inside and out, of kickers like Ronan O’Gara and Jonny Wilkinson. A free-taker who craves that same, eerie calmness under pressure, Murphy felt he could learn from those who have the oval ball as the tool of their trade.

The Glenswilly man took a break from studying after graduating from DCU, but hopes to start a Masters in Sports Psychology in the autumn. The wheel never stops.

In the 42nd minute of Donegal’s Ulster SFC quarter-final last month, Murphy stood over a sideline kick on the right-hand side of the 45m line. A right-footed kicker, it didn’t look too appealing. A quick word in the ear from Jim McGuinness and he changed his mind. Four quick steps later and Murphy delivered a score for the summer.

“With the way the wind was coming at it and everything I was looking for something short. With a bit of encouragement from Jim I went for it.

“The game was tight and opportunities were few and far between. It was a chance from a shot with a little less pressure. A lot of people say that the adrenaline of the Championship will add on that wee bit extra.”

O’Gara once spoke of how he was shaped and defined by his competitiveness.

“When you’re up there, especially in this country, people like to knock you down, but I got my inner pride from surviving at that level,” said O’Gara. “I was a competitor in a great environment at Munster.”

O’Gara went to the well and back so many times. He struck a chord with Murphy.

The Donegal captain says: “It was the way O’Gara tried to control things. The big one was the way he took the knocks. He lost a Heineken Cup with the province, but came back to win one.

“It was hard for him with Ireland, being in and out of the team, but it never really effected him. He was just so driven to succeed it never stumbled him. He was true to himself all the way through his career.”

Wilkinson was another fly-half Murphy kept a close eye on. With just 26 seconds left in the 2003 Rugby World Cup final at the Telstra Stadium in Sydney, England were level, 17-17, with Australia, Wilkinson coolly landed the sweetest of drop goals to win the Webb Ellis Cup. 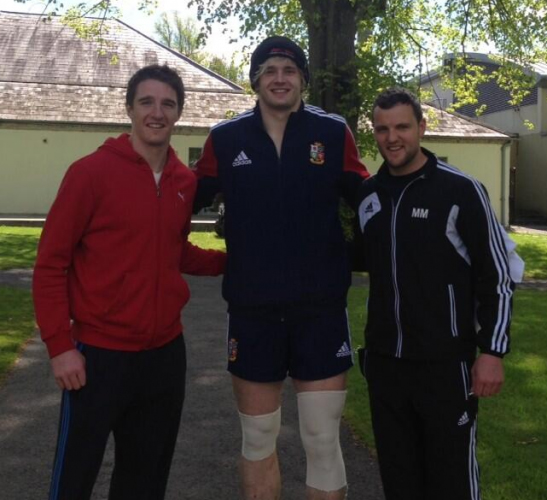 Michael Murphy and Cork player Aidan Walsh with Scottish rugby player Richie Gray at Carton House last year while Gray was on a training camp with the British and Irish Lions.

“He had great dedication and attention to detail with his practice,” notes Murphy.

It’s something he believes to be true of his Donegal team-mates. Ravaged by injuries and prohibited from making the most of their summer last year having hit several roadblocks along the way, Murphy is content now he can see the wood from the trees again.

Rush hour traffic passes by the window of Letterkenny’s Station House Hotel and you wonder if he can sees those same attentive veins when he looks around the Donegal dressing room.

“Aye, it’s something that we’re lucky to have,” he says. “The boys come and empty the tank every night in training. It’s the drive for the team that we have.

It brings him back to the rugby theme for another moment.

The All Blacks, he explains, have him gripped.

New Zealand came into the 2011 Rugby World Cup off the back of a tri-nations loss to Australia. As the hosts, New Zealand were under fierce scrutiny and pressure to deliver. It was nervous and perhaps not as convincing as they have a tendency to be, but their 8-7 final win over France got them over the line.

“One big thing is their quest for performance,” Murphy says.

“I find their stuff very interesting. They are very humble and they have such an absolute drive for performance. It’s something crazy. The way the dealt with expectation at the last World Cup, I really admired.”

The week after they overcame Derry, Donegal had the influence of former Republic of Ireland goalkeeper Shay Given at training. The Liffordman took part in a session in Convoy and addressed the group afterwars.

“It was brilliant to get Shay in,” Murphy says.

“It was great to see him there. I think it was for the goalkeepers more than anything. They got to see him, they got to train alongside him and it was good for us to pick his brains after training and just have a good chat with him about his preparations, in terms of where he’s at himself in his career and to get to know him really. I thought it was a decent exercise and was of good value.”

These days Murphy generally finds his position analysed as much as his performance.

A player of his talents, the argument goes, should be stationed only on the edge of the square. Yet, he is often found – like in the first half of the Derry game – around the middle third. At half-time, he was moved inside to a devastating conclusion.

“I was never always a full-forward,” he points out. “I played a lot of my underage at midfield and never really played full-forward – it was a role I sort of fell into. I’d like to be as versatile as I could be. We have a lot of players in the team who can play multiple roles.

“It’s one of the things Jim really encourages. Whether you’re a corner-forward or a corner-back you want to become an all-round better footballer.

“If you’re a back people will say that you’re job is to defend, which it is, but you have to contribute all over. You don’t defend when we have the ball and we don’t attack when we haven’t got the ball.

“You need to chip in both ways and that’s a motivating thing I like. I wouldn’t like to be pigeon holed into one thing.”

What of the constant debate as regards his placement on the grid by his manager? “It doesn’t bother me at all,” he says.

“I enjoy being able to muck in out the field and just contribute to linking up, passing, just working for the team.”

Murphy has seen both sides of the coin with Donegal. An early-riser to the Championship rigours from his debut, as a minor, in 2007, against Leitrim, this is his eighth campaign. Always, though, his focus is forward-focussing.

“Last year’s has happened, but we’re living in the present,” he says.

“As an individual trying to improve your game you can’t be looking back.

“People will ask if we look back to see how far we’ve come. We don’t. Look what happened us last year. The day you start doing that is the day you’ll slip up. You really have to live in the present moment. You just have to keep striving for improvement.

“Jim has always created an environment for us to analyse our game and improve it.

“No matter how bad or how well things are going, you live in the moment.

“The lines are so fine.”