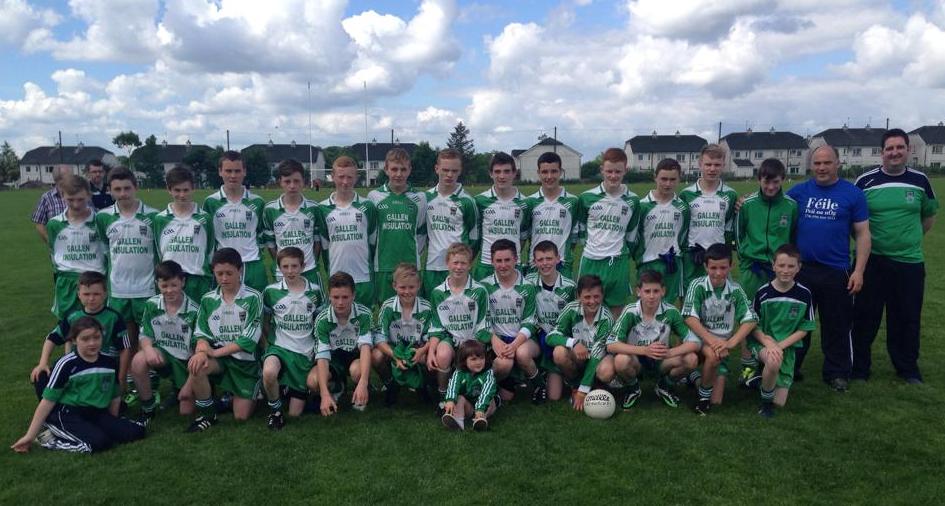 SEAN MacCumhaills reached the semi-finals in Division 2 of Feile Peil na nÓg in Mayo at the weekend.

The Twin Towns side blazed their way through the group stages, defeating Shamrock Gaels, Ballaghaderreen and Naomh Eanna, scoring 15 goals and 18 points in their three group games.

After defeating Oran in the quarter-finals on Saturday evening, they were narrowly beaten by the eventual winners, All Saints from Ballymena, in the semi-final on Sunday.

In Ballintubber on Friday, they scored a 4-7 to 1-3 win over Sligo outfit Shamrock Gaesl, before beating Wexford’s Naomh Eanna 5-5 to 1-3.

On Saturday, they defeated their host club Ballaghaderreen 6-6 to 1-6.

Their quarter-final pitted them against Oran from Roscommon and again they were goal crazy, scoring a 6-7 to 1-2 win.

On Sunday morning Ballaghaderreen clubman and Mayo star Andy Moran visited the young MacCumhaills panel in their hotel and gave them a talk. Before their departure, Donegal captain Michael Murphy imparted a few words of wisdom.

In the final, MacCumhaills were beaten by a goal, as All Saints from Ballymena took a 1-4 to 0-4 win – they defeated Portlaoise in the final.

Over the weekend, MacCumhaills had several big performances, not least from Luke Gavigan against Oran on Saturday evening. Gavigan gave a mesmerising display to spur his side to victory.

Others to star included Chad McSorely, Oisin Gallen, Jamie Keegan, Matthew Doherty and Aaron Gillooley. MacCumhaills were managed by Luke Gavigan who was assisted by Damian Devanney and Ciaran Gillooley.