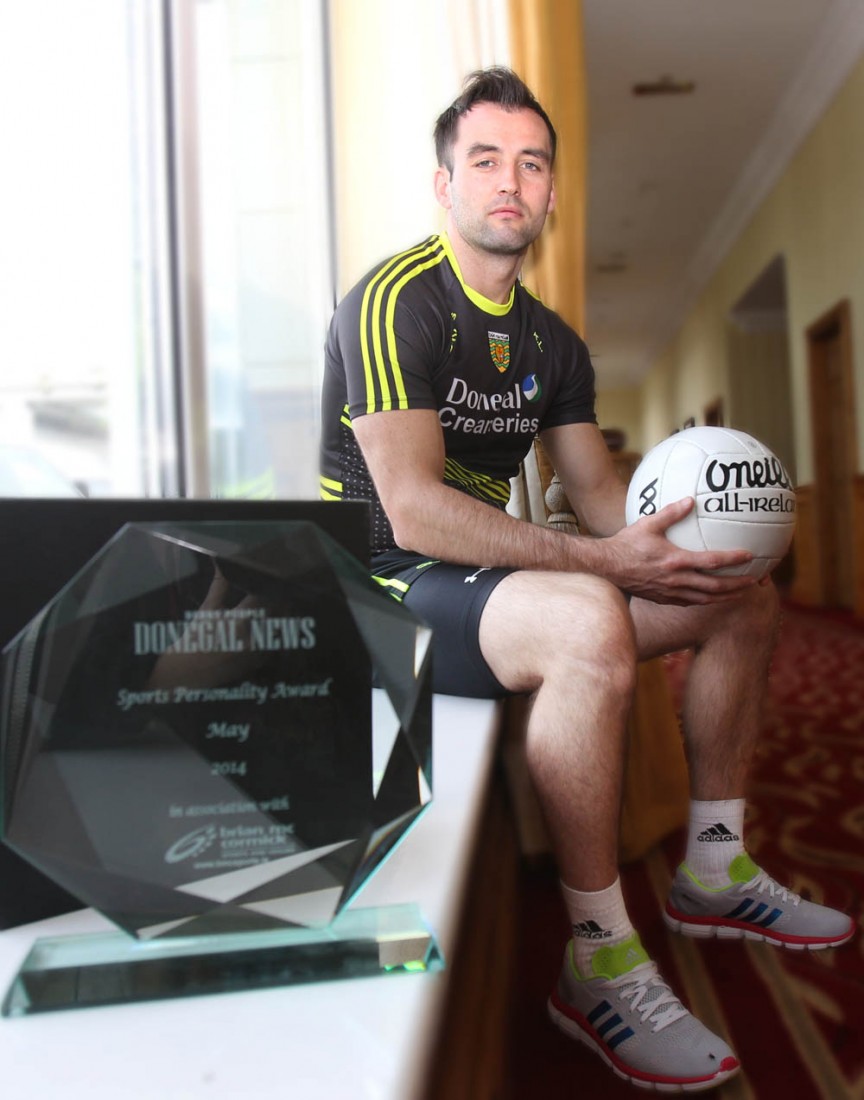 THERE are ‘students of the game’ and then there’s Karl Lacey.

It would be tempting, bearing in mind that there’s a Footballer of the Year gong sitting alongside four All-Star awards on the mantelpiece, to come to the conclusion that he has the thing mastered – but that’s exactly what he’s working towards.

Early this year, the 29-year-old Donegal town man gave up a job in the corporate section of Ulster Bank, where he worked in the sports sponsorship and events department, to begin a Masters in Sports Performance at the University of Limerick.

Jim McGuinness, talking about the benefits of his job as a performance consultant at Celtic FC, said this week that, ‘people who are progressive are always looking for edges and angles’. Lacey fits that bill.

“I wanted to go and learn the theories behind it all – the reasons why we’re doing all these things,” he said of his decision to return to college.

“It’s something that I’m very passionate about.

“It’s all the coaching science, about strength and conditioning, recovery and the demands it places on you, the psychology of it and basically everything under that umbrella – anything that can effect the performance. It’s an area that has always interested me. I’ve gone through it playing for Four Masters, playing for Donegal, Ulster in the Railway Cup and with Ireland at the International Rules. I’ve seen all the different aspects.”

Lacey was one of twenty successful candidates out of around 125 applicants for a course that is in its third year.

Former Munster and Ireland rugby star Jerry Flannery completed it and obtained a full-time job as a strength and conditioning coach with Arsenal.

In December, Lacey – a keen Arsenal fan – got the chance to visit the Gunners’ training ground, London Colney and hopes to link up with some friends in London again when his own season ends.

“I got a tour of the academy and got to see everything that they do. We’re doing much the same over here to be honest,” he said.

“A lot of people in the GAA are breaking into different areas. Look at Jim himself at Celtic and Bryan Cullen is working with Leinster Rugby.”

Lacey, named this week as the Donegal News Sports Personality of the Month for May following his superb display in the Ulster Championship win over Derry, is in fine fettle again. Troubled by injury during 2013, Lacey’s recovery was tailored all the while with the Derry game in mind.

Ahead of Sunday-week’s Ulster semi-final against Antrim in Clones, he said: “I’m in a good place at the minute. That’s down to the planning. As you get older it gets harder to recover but it’s up to me now not to take the foot off the gas.

“Jim and I talked a lot about the recovery. We got a plan in place from November, December. From that time we looked at Derry as the key game for the year.”

McGuinness has a forensic level of detail when it comes to his players and Lacey, given his own interest in that side of things, has really seen the benefits.

He said: “It’s a totally different level now to when I started off. It’s analysed after every session. We wear the GPS vests now too and they give off a lot of information off in terms of what’s going in and coming out – they can flag up any problems you might be having. We’ve a professional set-up with the technology behind it.”

Donegal are reporting a clean bill of health ahead of the Antrim game. Lacey returned to training on Tuesday night having had a minor heel injury, while Neil Gallagher and Martin McElhinney took a full part in the session.