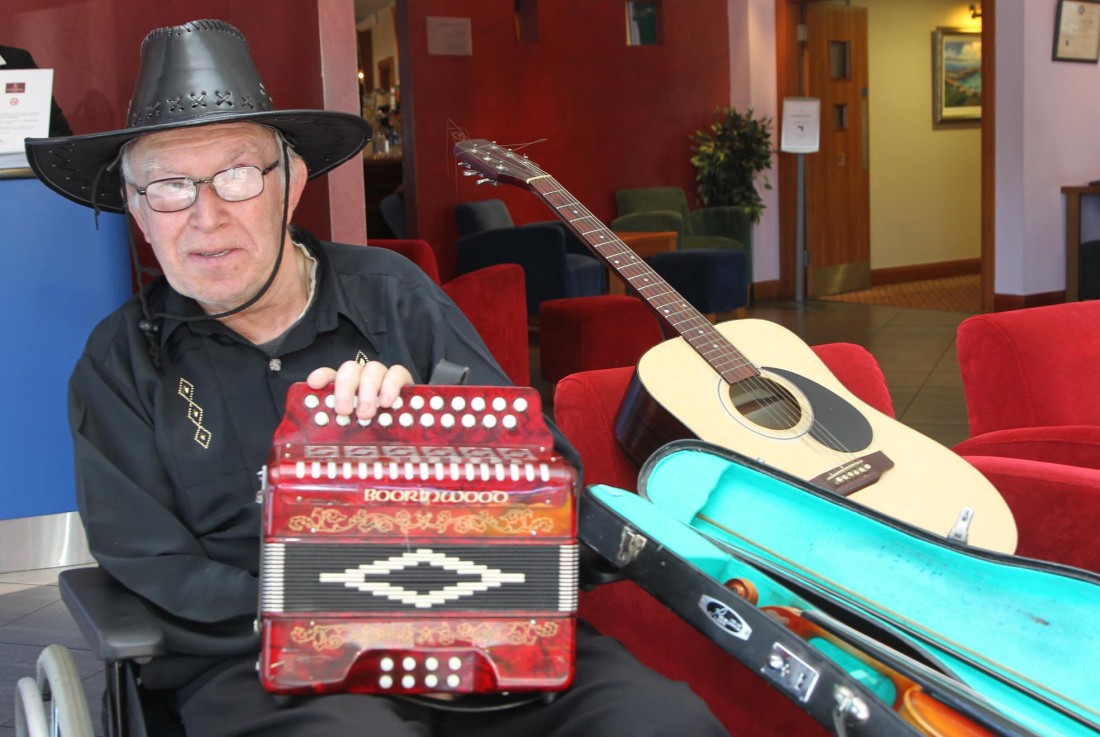 BY SEÁN P. FEENY
A DONEGAL singer with over 40 years’ experience is releasing his second album nearly 25 years after the release of his debut album.

Mountains Of Old Donegal, by John Charles McLaughlin from Glendowan, features 12 Country and Irish songs, including some originals, recorded with his good friend, Alex Black.

John Charles, a retired part-time farmer, recorded the album in one full day, while Alex put on the finishing touches in his Letterkenny home studio.

The Glendowan man said if he was able to raise some funds for charity after he has covered his production expenses he would be absolutely delighted.

He is looking forward to singing songs at the launch where he will be joined by family, friends and Country music fans for three hours of good music.
Having first gone to America at the age of 18, John Charles soon returned home to play music all over Ireland and in Scotland.

He recorded his first ever single on vinyl in a studio in the 1970s at the young age of 21, entitled Excuse Me For Loving. He followed this first release with another single, Somebody Dance, during the 1980s. He released an album, My Native Donegal, on tape in 1989.

“Recording a new album is always something I wanted to do. I’ve been singing and playing music for over 40 years now starting off on the showband scene and also playing in pub groups, with friends like Mickey Duddy, and solo throughout the years.

“Music has always been my first love. Seeing as I am retired now and not able to work, I thought it was a good opportunity to go back into the studio and record the album,” he said.