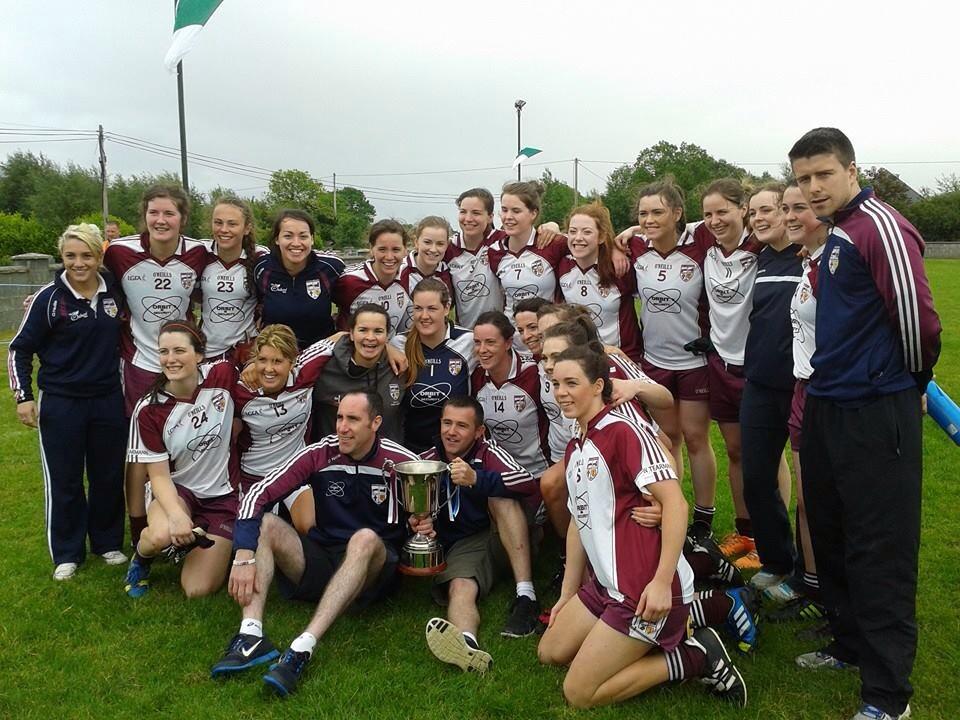 By Cóilín Duffy in Moycullen

TERMON retained their National Comortas Peile na Gaeltachta Ladies Football Senior title in Moycullen, Galway yesterday as for the fifth time in a row, they earned the title in impressive fashion.

In tough weather conditions, the Donegal champions had no problem bringing the cup back home, after they registered a comprehensive 4-15 to 2-10 win over An Fhairce (Clonbur) in the decider.

Niamh and Roisin Friel along with Roisin McCafferty and Maureen O’Donnell all put in superb performances over the hour, in a game which Termon never trailed.

The eventual winners weren’t to lead the cup slip from their grasp, and continued to impress on the restart.

A Roisin Friel goal helped them to a 2-13 to 0-7 lead entering the final quarter.

But Roisin reponded quickly with her second and Termon’s third, as they moved 3-14 to 1-8 ahead with eight minutes remaining.

Clonbur finished strongly, and managed a Lorna Joyce goal late on, but it mattered little.

In the Intermediate competition, Gweedore lost out to eventual finalists Naomh Anna from Lettermore, after a tough opening round encounter.

The Galway side claimed a 4-13 to 1-10 win in ideal conditions on Saturday afternoon at Rahoon/Newcastle.

Earlier in the competition, Termon were 6-8 to 2-9 win over Claregalway in the semi-final on Saturday.

Both sides struggled early on, with a number of misses, before matters settled considerably.

Charlotte Cooney opened the scoring after seven minutes, with a well struck goal for Claregalway from the penalty spot.

Termon rallied well with a run of three unanswered points, including the first from Lucy O’Flynn to draw level soon after.

Claregalway again took the lead, but a Maureen O’Donnell goal pushed Termon ahead.

However this was short-lived as Claregalway scored 1-4 without reply, including Cooney’s second goal.

But Termon made the perfect response just before the interval, with Shannon McGroddy claiming their second goal, to ensure a 2-6 to 2-3 interval score-line.

Claregalway began the second half well with an early point, but Termon just torn into the Galway side from then on.

Termon scored 3-4 without reply, including goals from Lucy O’Flynn and O’Donnell, on the way to a 11-point win.

In the Intermediate Womens competition, Gaoth Dobhair made a first round exit after a 4-13 to 1-10 loss to Naomh Anna Lettermore from Galway, at Pairc Rathuin.