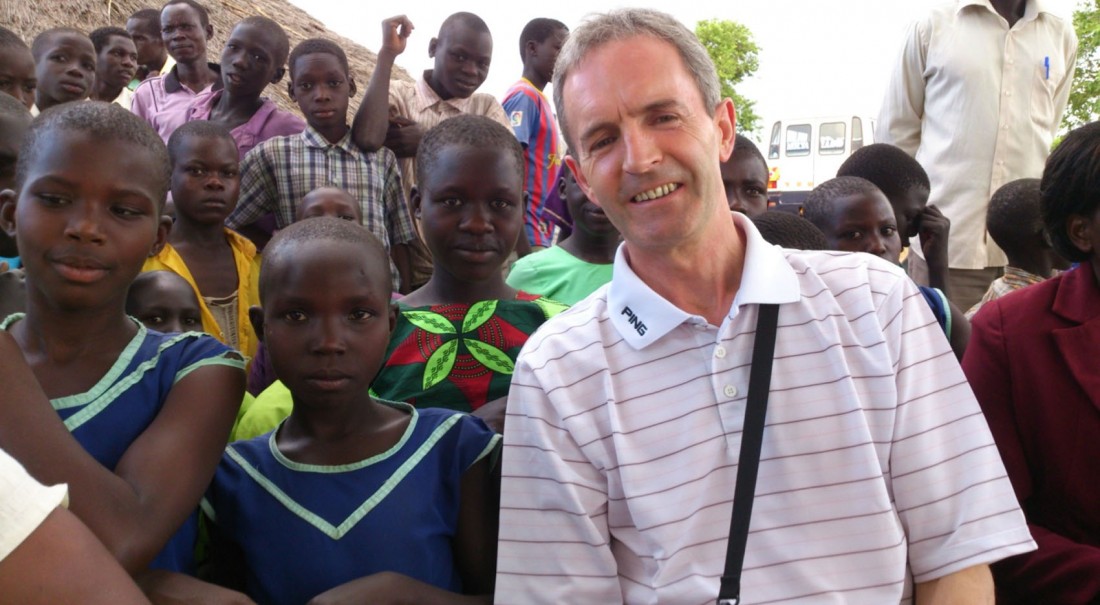 Packie with some of the local people in Adukele.

A DONEGAL teacher has returned from a trip to Uganda where he saw how money raised in the county for aid agency Trócaire is changing people’s lives for the better.

Packie Doohan, from Falcarragh, who teaches in Pobalscoil Chloich Cheannfhaola (PCC) spent an action-packed week in Uganda travelling around the country visiting various communities and projects that Trócaire supports.

“I saw so much in a very short space of time that it is only now beginning to sink in. Trócaire works mainly in northern Uganda, an area that suffered terribly from conflict between government forces and the rebel Lord’s Resistance Army for decades.

“This conflict saw terrible atrocities committed and the legacy it left was one of despair. Ordinary people had to return from camps where they had taken refuge and try to start their lives again with absolutely nothing.

“This is where Trócaire has been able to provide invaluable support and I was privileged to be able to see the difference this support has made,” said Packie.
One of the many highlights on the week-long trip was a visit to Acegerekuma primary school in Adukule, an area that has very poor road infrastructure and no access to basics such as electricity or running water.

The school has a total of 267 pupils from age six to seventeen in four classrooms. The pupils who attend school from 7.30am until 4.30pm must sit on branches or clay bricks as it doesn’t have any desks.

The school’s four dedicated teachers, who are paid approximately €15 a month, are optimistic about the future, despite lacking in basic equipment such as blackboards, textbooks, copybooks and pencils.

Packie said: “The memories of this visit will stay with me forever. I am looking forward to telling people about my first-hand experiences in seeing how the money raised by our school and other schools and parishes across the country is being put to good use, helping to transform lives.

“Sometimes the big issues like world poverty seem totally beyond our control as individuals but I can honestly say that we each can make a difference and we should continue to support those people in the developing world who find themselves vulnerable and on the margins through no fault of their own.”

To find out more about Trócaire’s work log on to www.trocaire.org