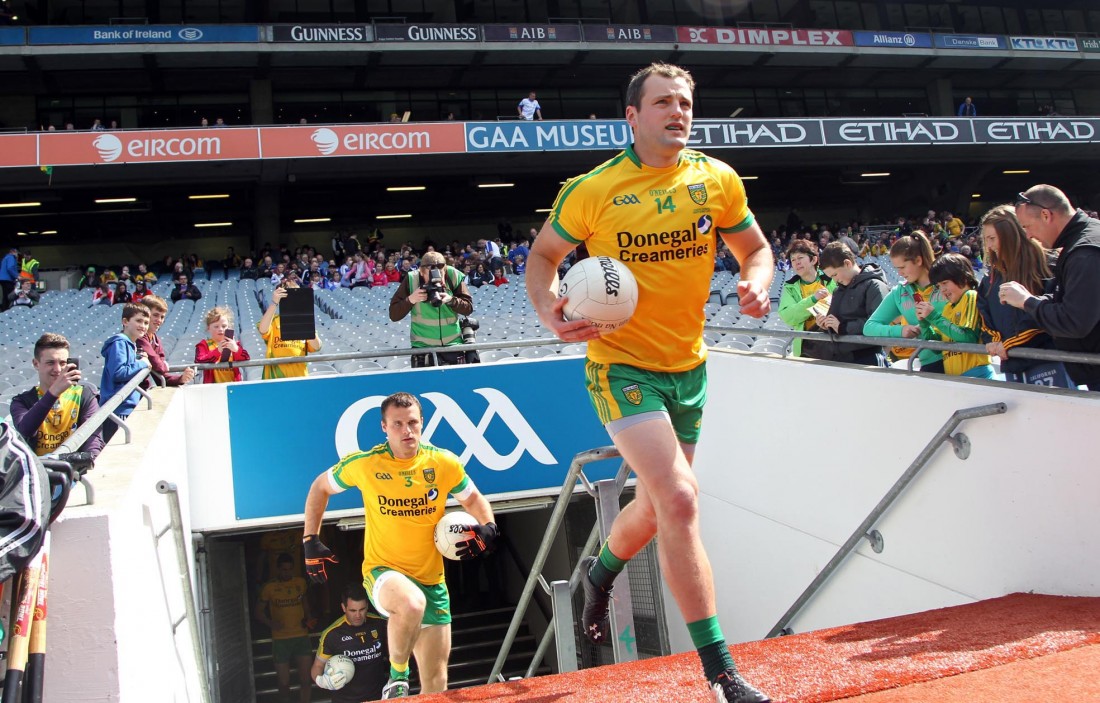 MICHAEL Murphy says Donegal will have to ‘leave everything’ on the sward of St Tiernach’s Park on Sunday.

Antrim stand in their way of a fourth Ulster final in a row – and the Donegal captain insists they must leave nothing to chance against the Saffrons.

“The ultimate goal every day we go out, be it in training or in a match, is the performance,” the Glenswilly man said.

“We strive for the performance and in order to get that performance there are roles that each of the fifteen have to do.

“In our group, every single person is treated the same and that ethos carries through to the pitch where everyone has to give their all on game day.”

McGuinness kept the powder dry for O’Connor, even with the player, who was preparing to sit his Leaving Certificate exams at Scoil Mhuire, Buncrana.

“It left Darach getting a good night’s sleep and it meant that he was a lot more relaxed,” the Donegal boss said. “With young players sometimes, there is a fear that they might be restless if they know too early. Darach is a good lad and he did very well against Derry. It was just about trying to protect him.”

O’Connor notched up an early point and followed it up with a hard-working display that firmly has him in the frame for selection again.

Murphy said: “It tends to be pretty close to a game when we find out who’s playing. It’s a healthy sign. The key thing is just to do the job you have to do. We have so much trust in what we do.”

Murphy lost two Ulster finals in 2013, missing out with Donegal against Monaghan before Ballinderry pipped Glenswilly in the Ulster club final in December.

The Donegal skipper is itching to get back to Ulster final Sunday. He said: “It’s a massive opportunity to get to an Ulster final. It’s massive for both teams.

“We have been very fortunate to be in finals in the past three years and we’ve seen both sides of them.

“Every day you play for Donegal, you’re grateful. In this period of time we have been winning a lot of Championship games. Granted, we lost a couple last year, but we have a chance to get back to a final again.”