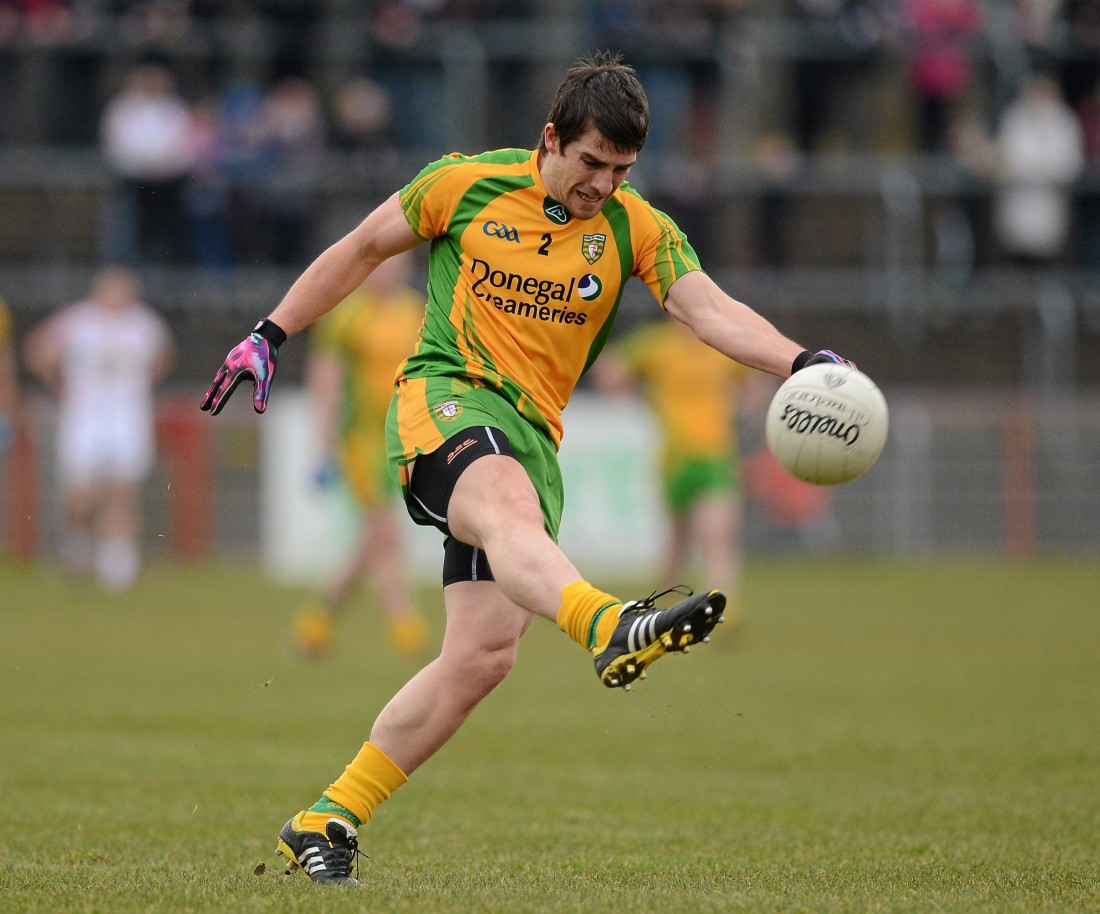 PADDY McGrath will have a hamstring strain assessed by the Donegal team medics after he limped off in Ardara’s All-County League Division 1 clash with Termon at Pearse Memorial Park yesterday.

McGrath left Kentucky with an ice pack strapped to his left hamstring.

The corner-back, who came back from a long lay off because of a groin injury to play against Derry and Antrim, was said to have been ‘flying’ in training with Donegal during the week and on Saturday morning.

The Donegal management are optimistic, however, that the extent of the damage won’t be sufficient enough to make him a doubt for the Ulster final on July 20th.

Donegal have to wait to find out their opponents in the final after Armagh and Monaghan drew in Saturday evening’s semi-final in Clones. Rory Grugan scored a last-gasp free to earn Armagh a replay following a 0-14 apiece draw and the teams will go to battle again this Sunday.

With concerns surrounding McGrath’s fitness, Neil McGee also sat out his club’s game yesterday, the full-back watching from the sidelines as Gaoth Dobhair defeated St Michael’s. McGee has been troubled by an ankle complaint of late. Having been substituted late in the Antrim game, he took no part yesterday, but his absence was said to have been precautionary.

There was encouraging news elsewhere with Karl Lacey scoring 1-2 in Four Masters’ win over Malin at Tír Chonaill Park. Lacey, who didn’t feature against Antrim last weekend, was moving well and put in a match-winning display for his club.

Colm McFadden was back in good form as he scored 2-3 for St Michael’s in Magheragallon.

Rory Kavanagh and Neil Gallagher took no part in the St Eunan’s v Glenswilly clash at O’Donnell Park as their recovery continues. Neither is said to be a doubt for the Ulster final and are expected back to full training in the next week.

Donegal’s minors will take on Armagh in the Ulster minor final after the Orchard county defeated Monaghan in Saturday’s semi-final.

Stephen McBrearty was immense for Kilcar in their win over Naomh Conaill on Sunday while a number of other minors were starring, with fine displays reported for the likes of Lorcan Connor and Michael Carroll.

Bonner will be hoping that his troops come through a round of action this evening in the Northern Board Minor Championship.