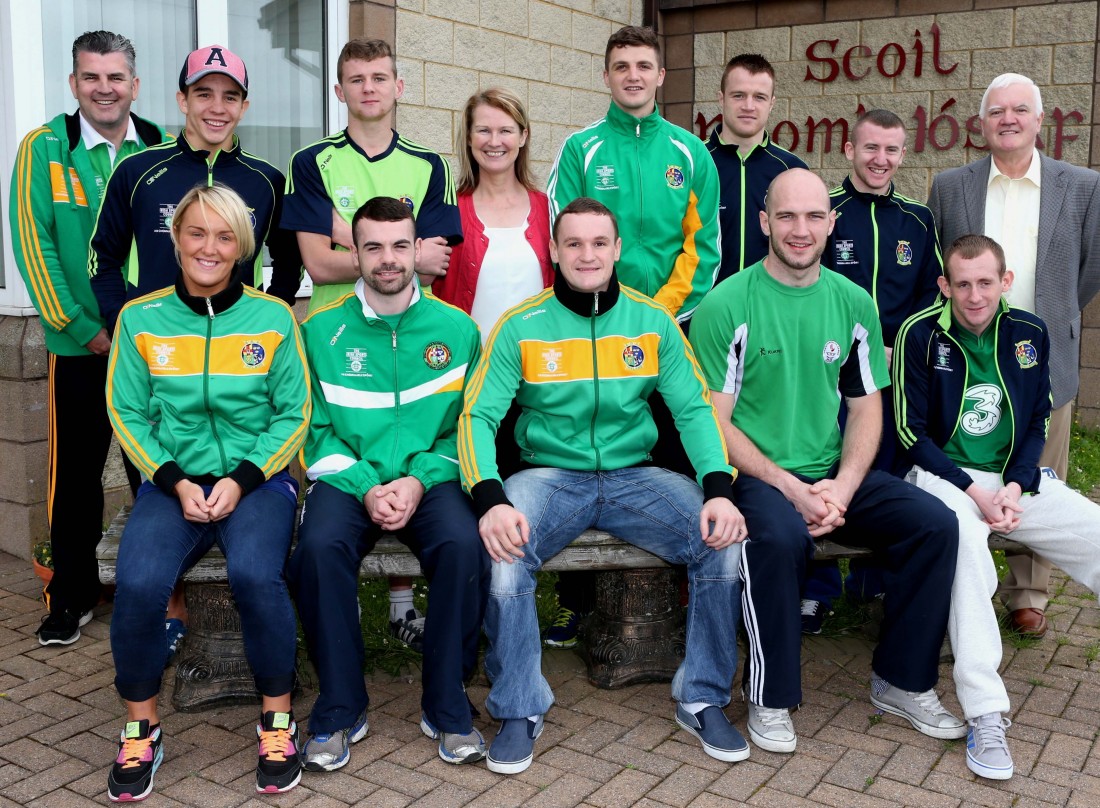 The Northern Ireland boxing team and their coach John Conlan on a visit to Illies NS on Friday. Also pictured are school principal Martina Cunningham and John Grant, Chairman Board of Management. Photo: Gary Foy

While Barnes, his fellow Olympic bronze medalist Michael Conlan and the NI team were the star attractions it was budding boxer Harry who was the star of the show. The mischievous youngster, a pupil in the junior class of the school, was ready for action with the popular Belfast boxer.

Harry’s hard hook on Barnes raised the roof with Barnes and his team-mates posing for pictures with the youngsters and signing autographs on a tour of the school. Barnes left with his own memories of the wee character a the back of the room who grabbed the limelight.

The NI team spent Tuesday-Friday on a training camp in Buncrana, training at the Illies Golden Gloves club, and wound down by paying a visit to the local school.

They were accompanied by Sadie Duffy, the well-known local referee and Illies GG clubwoman. 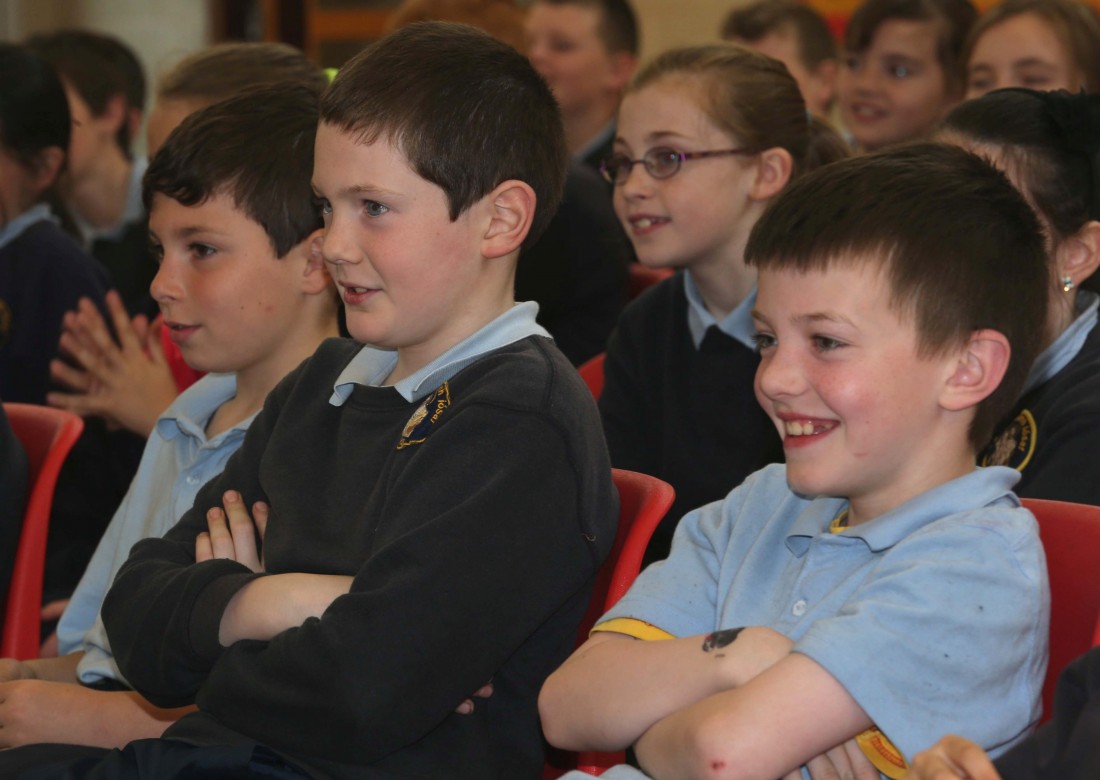 The party was welcomed to Illies NS by school principal, Mrs Martina Cunningham and John Grant, Chairman of the Board of Management.

“It’s great to give us the chance to showcase our great boxing talent and great for the kids to see these people up close,” said Sadie Duffy.

In the hall, the NI team took part in an enjoyable Q&A session with the children. Alanna Audley-Murphy told how she had boxed Katie Taylor in Ireland’s first-ever sanctioned womens’ bout in 2001 (a fight refereed by Sadie Duffy) and how she had been the first female to represent Ireland in an international in Iceland.

“I only joined boxing to keep fit,” she told the kids. “I was a dacer until I was about 12 and then I asked the coach if I could join the boxing.”

The Commonwealth Games take place in Glasgow from July 23rd until August 3rd.