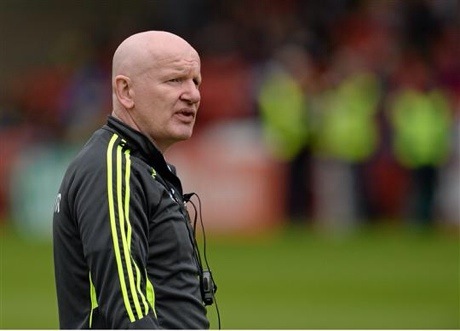 DONEGAL minor manager Declan Bonner has welcomed the decision of the Northern Minor Board to move their Minor Championship games to Monday evening next, while the Southern Board has delayed the start of its Championship.

The games had been due to go ahead on Wednesday evening, but following a meeting between the two board and the minor manager on Monday evening a compromise was reached.

“I’m happy with the decision because it means we can have our players on Tuesdays and Thursdays as normal,” Bonner said.

“We can have a good run at the training between now and the Ulster final.”

Bonner has injury concerns over Gaoth Dobhair pair Gavin McBride and Niall Friel through quad and knee injuries respectively, but hopes that both will be fit for Clones on July 20th.

The minor manager is also expected to sit down with the senior CCC in the coming days. The start of the Junior A Championship could present a difficulty ahead of the Ulster final.