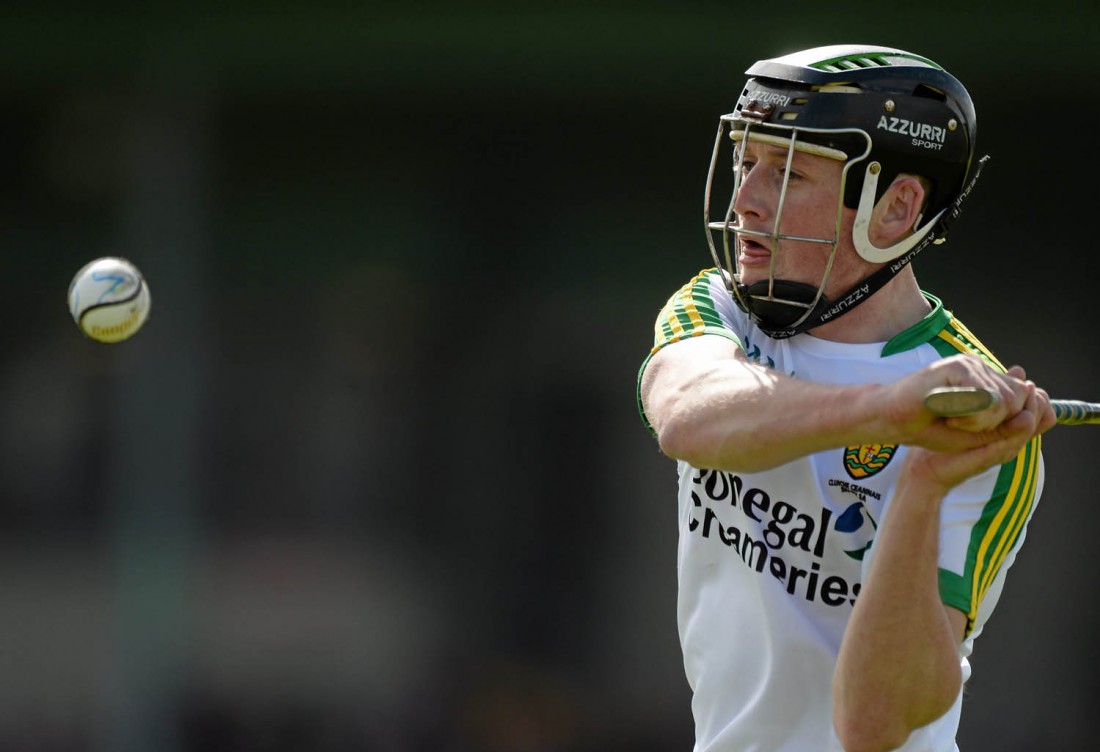 Donegal will step back into Ulster Hurling Championship arena in Clones this week when they take on Down, but they will do so without one of their most influential players.

Danny Cullen has been an integral part of the Donegal team for the last decade, but he will miss the remainder of the season after rupturing his anterior cruciate ligament (ACL) in Donegal’s Nicky Rackard cup semi-final defeat to Fingal three weeks ago.

“I did my ACL in the semi-final against Fingal and I will have surgery in Belfast in mid-July. I’ll miss about nine months then, so I’ll be out for the long haul,” declared Cullen, who was the 2013 Nicky Rackard Player of the Tournament.

“You have to wait a few weeks until you get back walking and for your muscles to build up strength again and then you can go for the surgery. I’ve got my head around it now and I’m preparing for my recovery,” he explained.

The Setanta clubman joins a long list of GAA stars who have ruptured their cruciates this year, including Colm Cooper (Kerry), Ciaran Kilkenny (Dublin) and Michael Rice (Kilkenny).

“The ACL seems to be a regular occurrence in the GAA at the moment and seven or eight players have done it in the last few weeks alone.

“It’s kind of blurry at this stage but my leg just hyperflexed back and I knew straight away it was something bad. I was hoping it would be the lateral (cruciate ligament), but it was the ACL unfortunately.”

Cullen and Donegal’s season was going swimmingly up until that Fingal game and they looked in pole position to retain the Nicky Rackard Cup. However, the North Dublin men upset them in O’Donnell Park and Cullen’s injury added further misery to a gloomy afternoon.

“The Fingal game was a real killer blow. We were going well up until that point, but then I did the ACL and we fell short and lost by two points. I thought we were going to sneak through in the last ten minutes, but it wasn’t to be.

“It’s disappointing because I’ll miss the Ulster championship, the club championship and then the majority of the league next year – which is tough after all the hard work it took to get promoted to Division 2B. But hopefully, I’ll make it back for the latter stages of it.”

Fingal were defeated in the Nicky Rackard Cup final by Tyrone on Saturday, and Cullen admits that he did not fancy the trip to headquarters after a tough couple of weeks.

“No, I wasn’t in the mood to watch it. I was a little surprised that Tyrone won it. But they do have two very strong clubs in Carrickmore and Dungannon and their manager, Mattie Lennon,  has a good reputation.

“I suppose they were quite similar to us last year. They weren’t really fancied and came from nowhere to win it. But fair play to them – they’re making good progress.

Cullen – who repreented Ireland in the Hurling/Shinty International against Scotland last year – will not take to the Clones turf on Sunday, but he is hopeful that his colleagues can pull off a shock.

“It’s our first game in the Ulster Championship in a while, and I’m disappointed to miss out. It’s going to be a really tough test against Down and we’ll need a good bit of luck, but I have faith in the lads and hopefully they can win.”