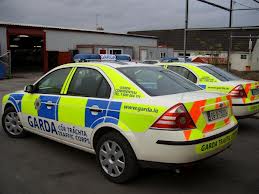 The young man who was found dead in a flat in St Johnston in the early hours of this morning has been named as Oisin Crawford.

Eldest son of Seamus and Sharon Crawford, Oisin (22) has one younger brother Shane. He is a native of Whitehill, St Johnston.

The emergency services arrived on the scene shortly before 5am after receiving a 999 call.

Four other young people, three males and a female, who were in the company of the deceased last night were taken to Letterkenny General Hospital for treatment. One of males remains critically ill.

This afternoon the HSE issued a warning to young people of potential dangers linked to taking drugs or using drugs in combinations.

“The HSE Public Health Department in the North West has become aware of a number of people with serious illness requiring medical treatment/intervention as a result of taking substances including an ecstasy like substance known as Double Cross and/or Double Black.

“The Public Health Department is advising that people should not take these substances and if their friends are in possession of these that they should not be consumed. Those who take drugs should be specifically warned of potential dangers linked to these substances or using drugs in combinations.

“It is important that anyone displaying negative side effects following the use of drugs seek medical help immediately,” the HSE statement read. – See more at: https://donegalnews.com/2014/05/hse-issue-warning-after-death-of-young-st-johnson-man/#sthash.KGXjkZGK.qibYn4J6.dpuf