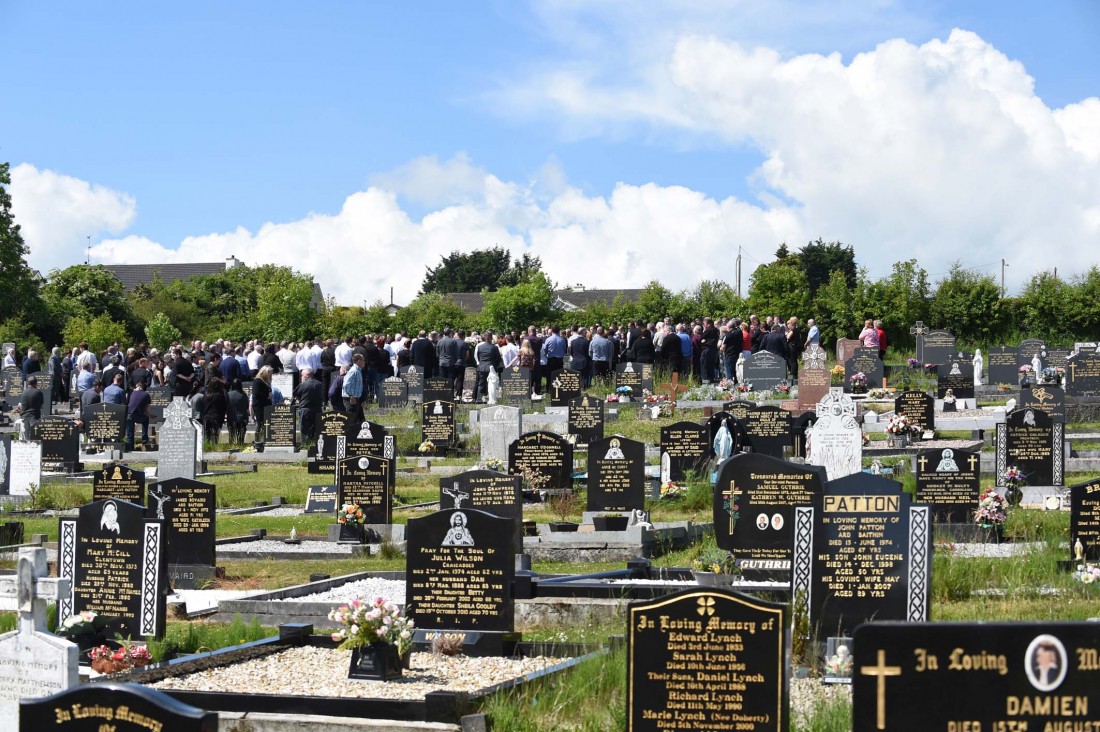 By Chris McNulty in St Johnston

The landscape above the Foyle’s glowing, meandering waters was full of birdsong and bloom, but atop the incline in the cemetery at St Baithin’s Church a community linked its arms in grief.

Close on a thousand mourners had St Baithin’s and its surrounds packed-to-overflowing in one of the biggest crowds ever seen for a funeral in the village.

Inside and out, huddles of young people – faces empty, minds scrambled and hearts broken – sought to provide some semblance of meaning and comfort amid a tragedy that has gripped the area.

Oisín Crawford was found dead just before 5am on Monday after emergency services were alerted to a devastating scene in a flat on the village’s Main Street.

“People were numbed and shocked; they struggled to grasp what had happened,” Monsignor Dan Carr told Wednesday’s funeral Mass.

“Through social media and word of mouth the sad news spread very quickly.

“On Monday morning a low cloud of mist hung over the Foyle. I remember thinking that we’d have a lovely day when it began to rise – and so it was.

“The day that I’d hoped for arrived and the sun shone – but because of the circumstances it was to be a black day for this community.”
Oisín was the eldest son of Seamus and Sharon Crawford from Whitehill, St Johnston.

Survived by younger brother Shane and sister Niamh, he was remembered as a cheerful, hard-working young man, who was a familiar face at his father’s business – SOS Tyre and Battery in Raphoe – and who was passionate about stock car racing. 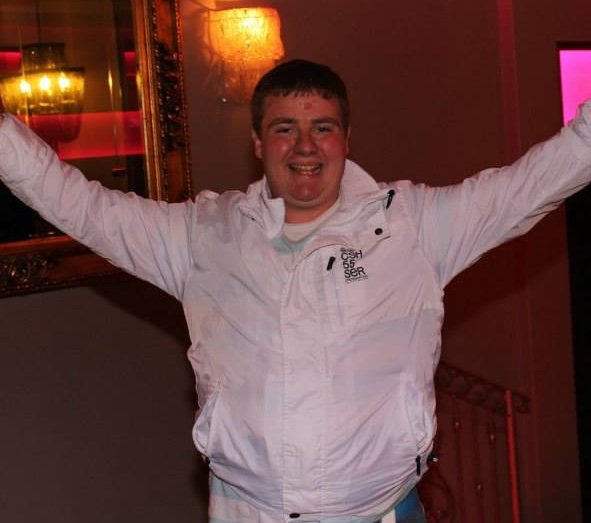 Monsignor Carr said: “Oisín had many endearing qualities: He was full of fun and good cheer. He was a strong and fit young man.

“He was a very industrious and hard-working young man and will be missed by so many people.

“I hope the Crawford family do not feel alone today.”

Canon Denis McGettigan, PP Raphoe and Fr Oliver McCrossan, a Columban Missionary from St Johnston, concelebrated Wednesday’s Mass. A guard of honour was formed by students and teachers from Deele College in Raphoe, Oisín’s former school.
The funeral cortege, led from the Church by lone piper Christy Murray, brought the area to a standstill. St Johnston has felt the most harrowing of emotions this week.

Mgr Carr said: “When death comes, it comes with a sense of pain, loss and separation.”