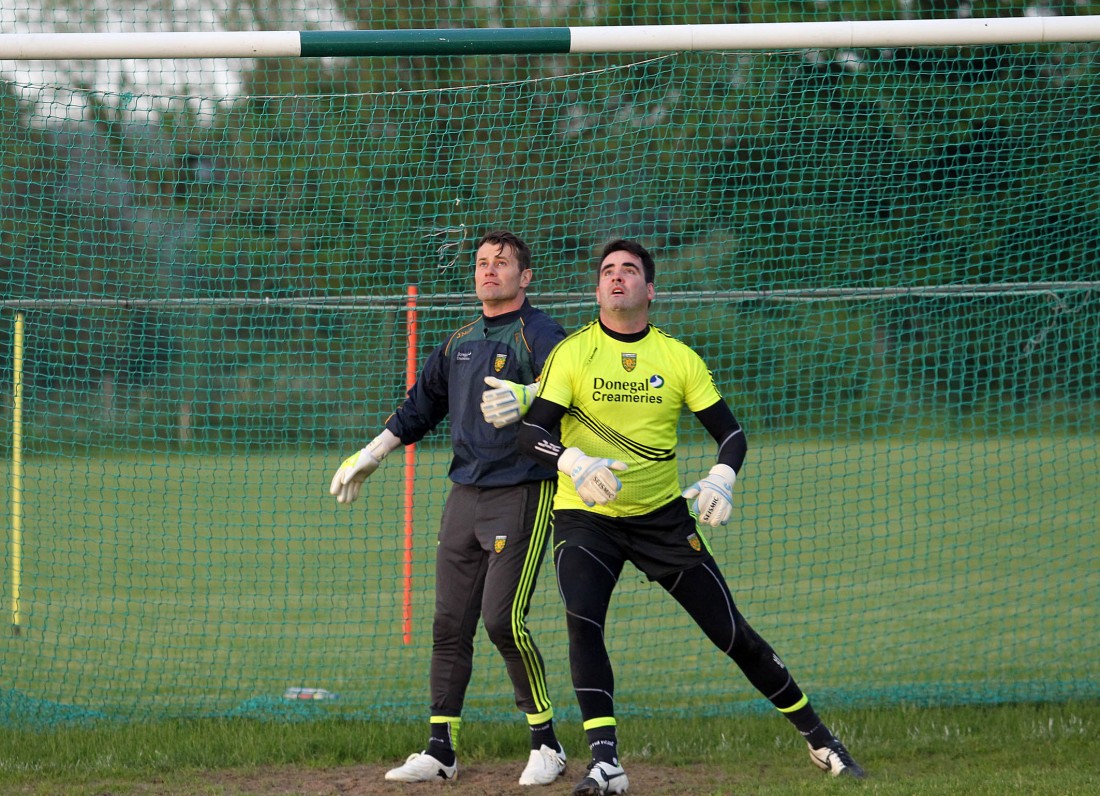 SHAY Given took part in a training session with the Donegal footballers on Friday night and hailed the ‘professionalism’ of Jim McGuinness’s squad.

The former Republic of Ireland goalkeeper accepted an invite from McGuinness to the session held at the Donegal GAA training centre in Convoy. The intensity and quality of what was said to have been a ‘light’ session – the Donegal players have two rounds of scheduled All-County League games with their clubs this weekend – took Given by surprise.

Given took a full part in the session, playing in small-sided games after working on goalkeeper-specific drills with Donegal netminders Paul Durcan and Michael Boyle.

“It was tough – I don’t think I saved too many,” Given said.

“I’m very rusty because I was about 15 the last time I played Gaelic football. The training is fantastic and it’s great to be a part of it.

“The dedication, fitness and work rate they put in is phenomenal. You would go far to see a fitter team in the Premier League. It’s hard to believe they’re amateur with the professionalism of the players and the staff.”

Given is on holidays in his native Lifford and was at Celtic Park last Sunday to watch Donegal defeat Derry in the Ulster Championship.

He believes that Donegal could have a long summer.

He said: “They deserved the win. If they show that in every game they have a real chance of going all the way. Obviously as a Donegal man I’d like to see them going on to win the All-Ireland again. There are a lot of good teams there. They set the bar high for themselves now. They were fantastic in long spells of the game and deserved to win the game.”

McGuinness himself has been combining codes since being appointed as a Performance Consultant at Celtic in 2012, following Donegal’s capturing of Sam Maguire.

Last February, McGuinness watched Celtic’s Champions League game against Juventus in the company of Given, who is impressed by the Donegal boss.

He said: “Jim is a great manager, motivator and psychiatrist all wrapped into one man. He’s a great guy and a great leader for the county. We’re lucky to have him in Donegal.”

Donegal goalkeeping coach Pat Shovelin is a personal friend of Given and has visited Bodymoor Heath, Aston Villa’s training ground, to observe their goalkeepers at work.

“It’s a testament to him that he came here tonight,” said Shovelin.

“He put in a big shift in fairness to him. He’s ripped Michael Murphy’s top and Eamon McGee’s top which shows that he has worked a bit!

“It’s great to have him here. It’s fantastic for them to see a Premier League star here in Convoy in support of them. It’s driving them on and it’s a good boost for their confidence.”

Given played underage Gaelic football with his native Naomh Padraig. In 1987, the club won its first ever championship at any grade when, with the eleven-year-old Given in goal, they beat Urris 0-6 to 0-3 in an Under-14 B final replay.

Last year in an interview, Given spoke of his grounding in GAA. “I think it toughened me up a lot. It certainly helped me with dealing with high balls and coming for crosses,” he said. “It was good to help judgement of the high ball and the physical nature of it certainly helped as well.”

McGuinness was delighted that Given was able to give some advice to his players after an enjoyable session that last around an hour and a half.

The Donegal boss said: “Shay is a Donegal man through and through.

“It was great for the players to hear what he had to say. It’s great to get words of wisdom. Shay is someone with a great passion for Gaelic football. He’s someone who has done a lot at the very top level, playing at the World Cup, the European Championships, and FA Cup final. Those life experiences are something he can draw from and can impart to our players.

“It doesn’t matter what sport you’re involved in, you can always have an impact at the top level in another in some capacity.” 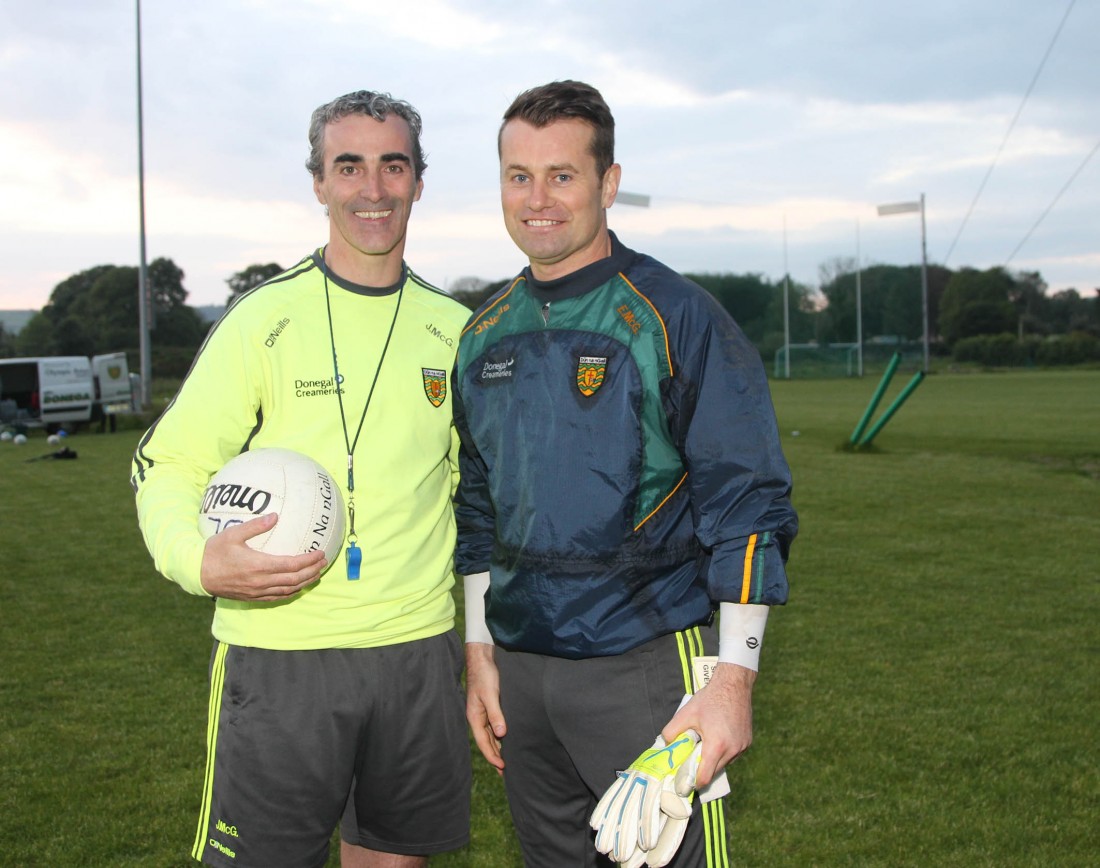 Jim McGuinness with Shay Given who took part in a training session with the Donegal squad. Photo: Donna El Assaad