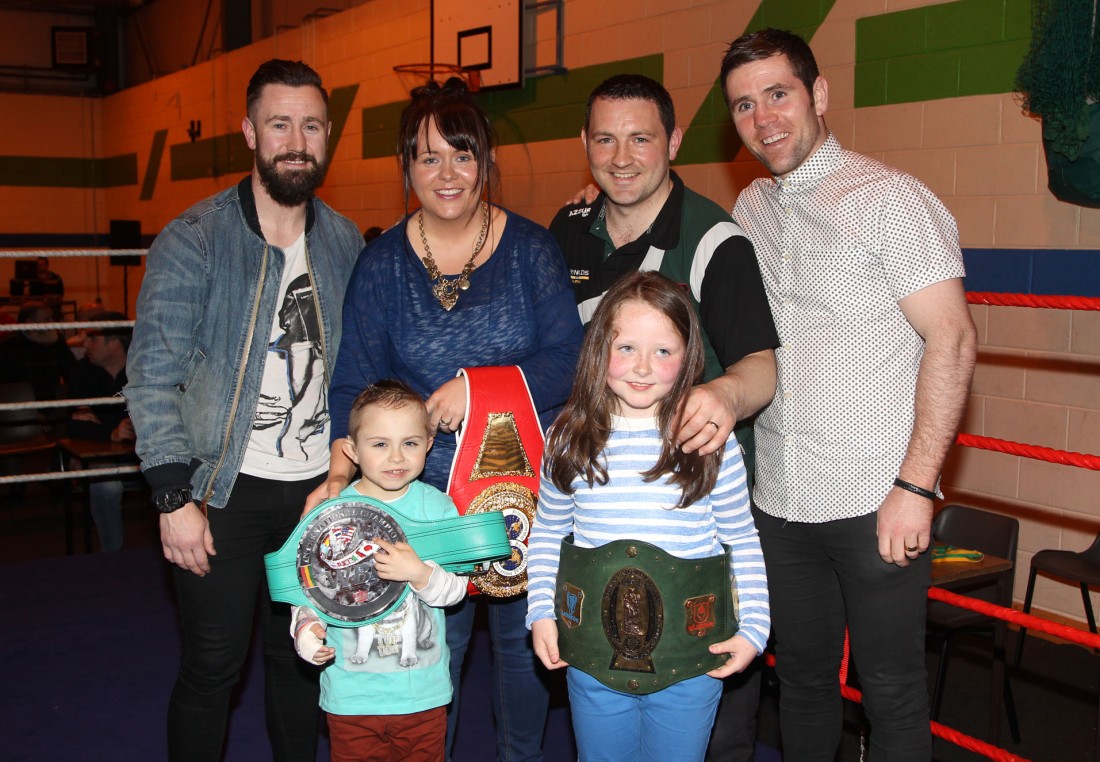 PAUL McCloskey believes Jason Quigley has all the ingredients to become a star as a professional boxer.

McCloskey, the former undefeated European light-welterweight champion, has watched Quigleys’ rapid progress up the ranks and the Dungiven man is backing the Finn Valley ace to reach they top.

“He’s a young man who has gone very far very quickly and he can go a hell of a lot further,” McCloskey told the Donegal News.

“When I was up in (John) Breen’s gym in Belfast he was up there a few times sparring.The status he has now with Golden Boy, the future is very bright for him.

“The right people came looking for him at the right time. De La Hoya is a huge name in world boxing and, if he sees something in you then you’re onto something.”

Quigley turned pro after being snapped up following his stunning 2013, where he won European and Irish titles, going on to win a World silver medal in October.

McCloskey said: “Jason has loads of ability and he has potential. Potential is a big word and a dangerous word. It can mean nothing – it’s about doing it in the ring. He’s done everything right so far and he’s a quick learner.

“He did a lot internationally as an amateur and he can adapt to the pro game very quickly. He’s a class act. He has his feet on the ground and has his head screwed on. He’s not getting carried away and he talks a lot of sense. He’s well schooled.”

McCloskey himself was a three-time Irish champion as an amateur. ‘Dudey’ has good memories of Donegal having won three out of three pro bouts in Letterkenny.

In October 2010 he stopped Scottish opponent Barry Morrison in the seventh round to successfully defend his European title at the Aura Leisure Centre. 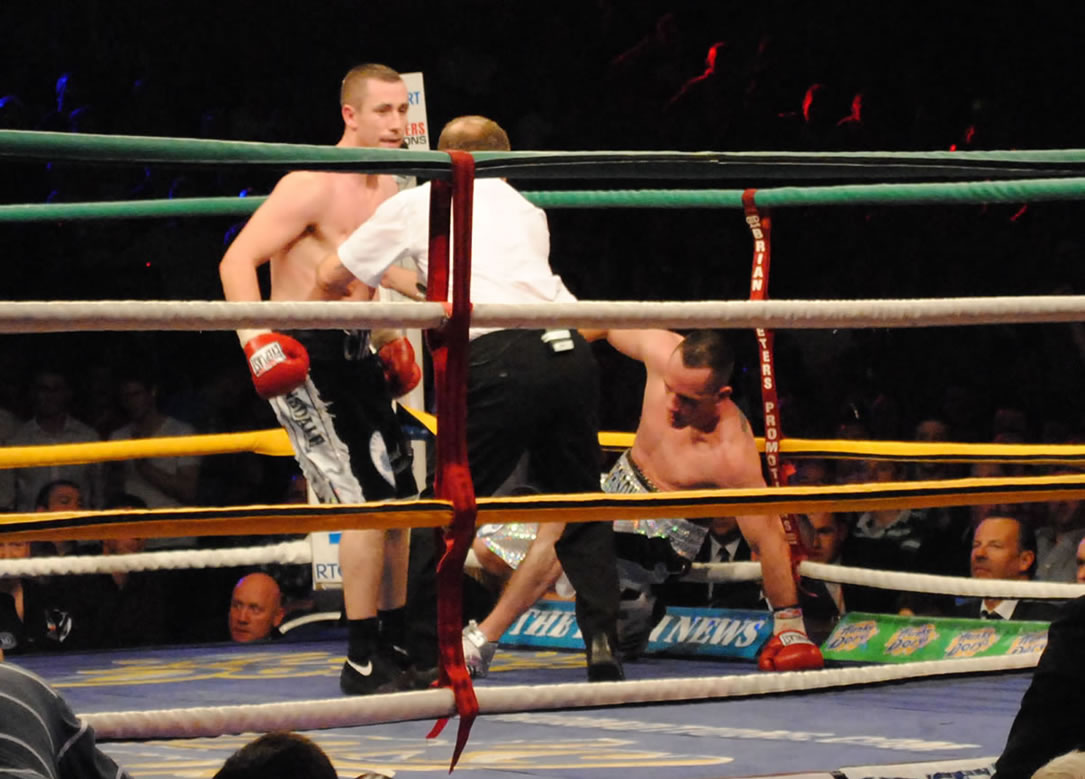 Paul McCloskey knocks Barry Morrison to the canvas to defeat the Scot and successfully defend his European title at the Aura Leisure Centre in 2010.

In 2007, McCloskey scored a points win over Eugene Stan in the Clanree and in 2008 he defeated former world champion Cesar Bazan at the Aura.

“I never realised how good Bazan was until I actually fought him. I got him at a good time,” he said.

“I had good memories in Donegal. As an amateur I fought loads of times here too. Donegal has been a big part of my boxing career.

“I’ve been fortunate. People here seemed to warm to me and I got great support.”

McCloskey admits that his own future remains unclear. In December, in his first bout for fourteen months, he controversially lost 77-75 to Dave Ryan in Leeds, a result that was accepted to have been a huge error on the part of referee Steve Gray.

“That has been a big hindrance to my career,” McCloskey said.

“There is very little on the horizon so I don’t really know what’s going to happen.

“They were onto me straight away after that fight and told me that I’d lost my status. I got in touch with the British Boxing Board of Control and asked them what happened. I felt I won the fight, but I didn’t get the decision. There isn’t too much help coming my way and I’m sort of in no-man’s land.