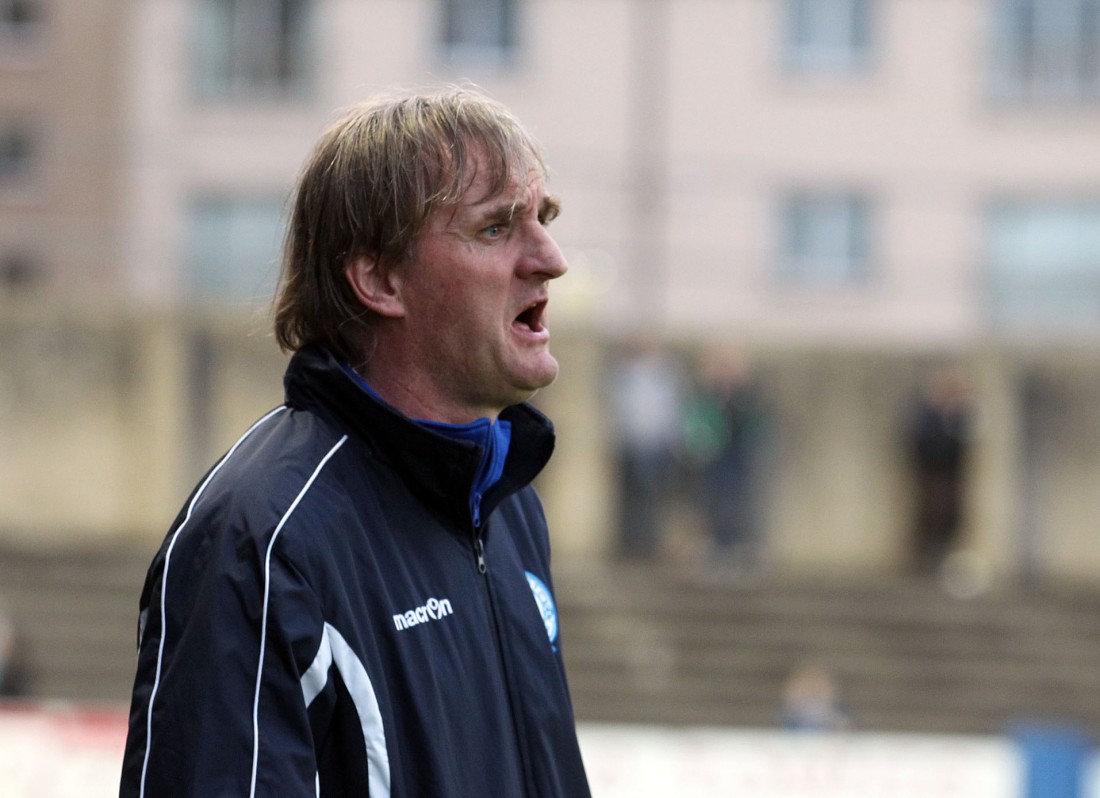 BY CHRIS MCNULTY IN GALWAY

OLLIE Horan has strongly refuted suggestions that his Finn Harps team has a disciplinary problem.

On Friday night, Caoimhin Bonner became the fourth Harps player in eleven League games to be sent off, the right-back given his marching orders in the 31st minute of the one-all draw at Galway FC.

Bonner’s challenge on Ryan Manning was deemed by the referee, Eoghan O’Shea, to have been x-rated and the official issued red.

Josh Mailey was sent off in the away game against Shelbourne, Keith Cowan was controversially sent off at Finn Park against Wexford Youths while Packie Mailey collected two yellow cards at home to Shamrock Rovers B. With Damien McNulty and Michael Funston close to having a suspension activated for the accumulation of four bookings, Horgan has moved to allay the notion that his team needs to tone down.

“It’s an ongoing thing at the moment,” Horgan said at Eamonn Deacy Park after being incensed with Bonner’s dismissal.

“People pass comment and ask the question: Have we a lack of discipline? Have we heck.

“Week-in, week-out those decisions are going against us. There were one or two that went in on the other side and weren’t dealt with. We’re paying a cost for it. We had to play an hour there with ten men and we’ll be missing Caoimhin now.

“I felt it was a disciplined performance by us. It’s hard to take at times and it’s disappointing when you’re continually being heavily punished for tackles like that. It was a foul, but it was very, very debatable if it was a yellow or red.

“If we went and told people to go out and lift the opposition I’d accept the circumstances. We go out disciplined and we got out structured. It’s the same officials we’re getting, but we have to deal with it and move on.”

Harps were denied their second away win on the trot when Paul Sinnott headed past Shaun Patton in the 91st minute, with Horgan’s men having led through Ruairi Keating’s 56th minute opener.

“We battled and the effort they gave was second to none,” Horgan said.

“We gave a committed performance. There was a bit of pride there.

“Ruairi scored one on the break and we looked pretty comfortable defensively for the rest of the game. Galway had almost total possession. We defended corner kick after corner kick.

“They had loads or crosses and loads of corners, but we dealt with it. Then we slept for a moment and we got punished. We just didn’t pick up and Paul Sinnott scored.

“We matched them for effort and we matched them for passion. It’s a bit of an anti-climax having been one-nil up, but it’s still a great point to get. The disappointing part about it was definitely conceding so late in the game.”

During those late moments when Galway peppered the Harps goal, the visitors were holding firm until Sinnott finally broke the resistance.

Horgan was pleased with how his team had coped, but the manner of their late concession hit hard.

Horgan said: “We sat behind the ball with the ten men. It’s the reverse of what happened at Finn Park. We were quite effective with ten men. We left no space at all and it suited us. We defended really well and they struggled to break us down.

“From a corner kick in injury time then we don’t pick up the back post. We have spent more time than enough dealing with that in training and practising that.

Shelbourne are the visitors to Ballybofey this Friday. The Drumcondra side, whose march at the top was halted by Friday night’s 0-0 draw against Shamrock Rovers B, lead the way by eight points at the summit.

Horgan said: “We’re looking forward to Shelbourne. We dusted ourselves down straight away and started to focus on Shelbourne. It will be very difficult, but we’ll get out and try to be positive.