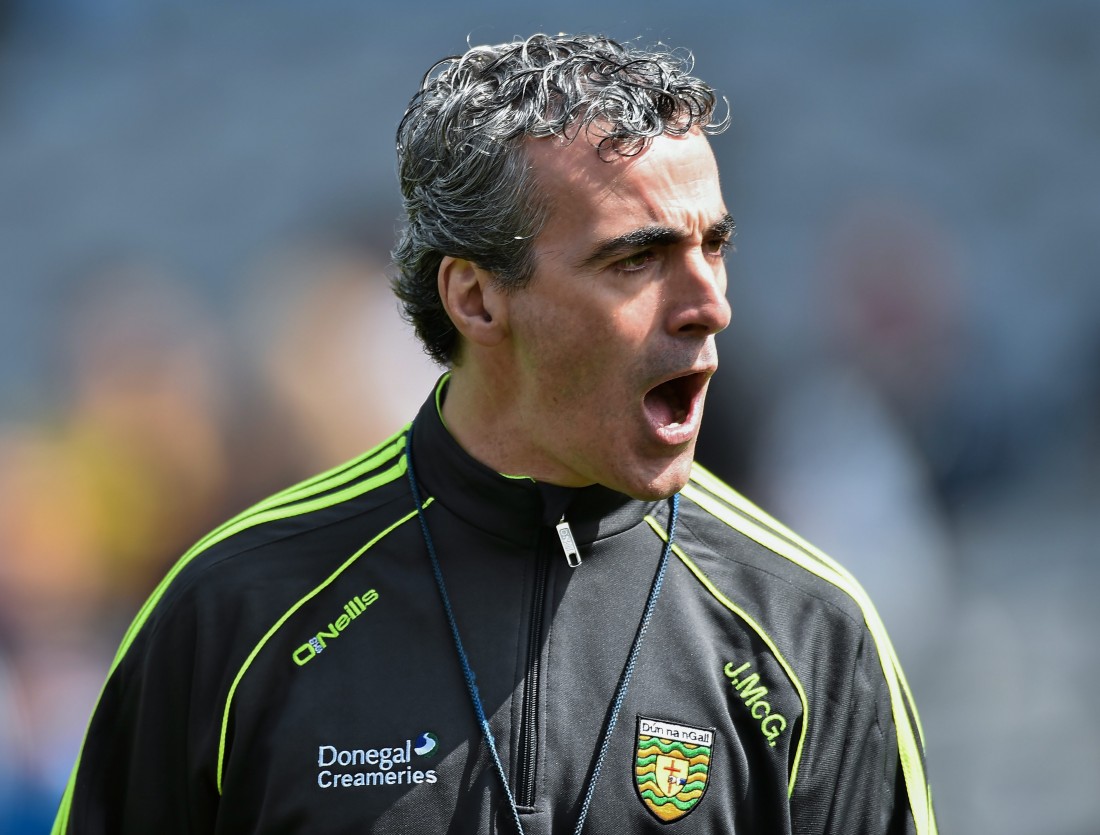 Donegal trained on Wednesday night ahead of the game and are reporting good vibes as regards the injury problems in the camp.

Although midfielder Neil Gallagher remains the player over whom there are the biggest question marks, the word is more upbeat than it has been on the Glenswilly man. The 2012 All-Star is unlikely to be able to sustain the entire seventy minutes in a war of attrition against Derry duo Patsy Bradley and Fergal Doherty.

With Rory Kavanagh suspended, Gallagher’s availability has become all the more important to Donegal.

“I suppose if you were to put a label on them you would say two old warriors,” McGuinness said recently.

“They know the pace of a Championship game, they can control games, they are physical, good in the air and they’ve got the experience on the back-burner.”

A plan B of the St Michael’s pair Christy Toye and Martin McElhinney would be started were Gallagher to break down between now and throw-in, but at the moment it seems as if Gallagher is being readied to start alongside McElhinney at centrefield.

Toye’s make-up gives Donegal another bit of steel in that area while Leo McLoone, also a likely starter having recovered from the injury that kept him out of the Division 2 League final defeat to Monaghan, can be expected to be digging in those same trenches.

Paddy McGrath returned to competitive action last month for Ardara, but with just two games under his belt the tenacious corner-back – who had been out of action since August – has been rusty, although the word emanating out of last weekend’s training camp was that McGrath was very much in the frame.

Still, firing him into the cooker for Sunday would be seen as a gamble and the more likely option appears for McGuinness to go along with a defence of Eamon McGee, Neil McGee, Karl Lacey, Frank McGlynn, Leo McLoone and Anthony Thompson.

Much of the rest of the selection depends on Gallagher, who rolled an ankle in training a fortnight ago and who has been training under rehab since.

With Mark McHugh gone from the panel having opted out in the wake of the Monaghan defeat, there is the notion that Donegal are set to move away from their sweeper system, although the rumblings suggest that McGuinness will be posting a defensive Donegal to Celtic Park.

David Walsh is said to be ‘flying’ in training and pushing hard for inclusion while young Darach O’Connor could be an ace up McGuinness’s sleeve if the Donegal boss opts to position either Michael Murphy or Patrick McBrearty in the half-forward line.
Sunday’s game pits some Donegal players against former boss Brian McIver, now in charge of the Sperrin County.

McIver has spoken of his disappointment and anger at the manner of his departure from Donegal in 2008 and his affection for those players, but firmly said: “Sentiment will go out the door.”

In Derry, James Kielt is regarded as a major doubt with an ongoing groin injury said by McIver to be responding ‘slowly’.

“We are certainly not ruling him out just yet,” McIver said.

The Oak Leaf are boosted by the availability of defender Sean Leo McGoldrick, who missed the defeat to Dublin because of a knee injury.