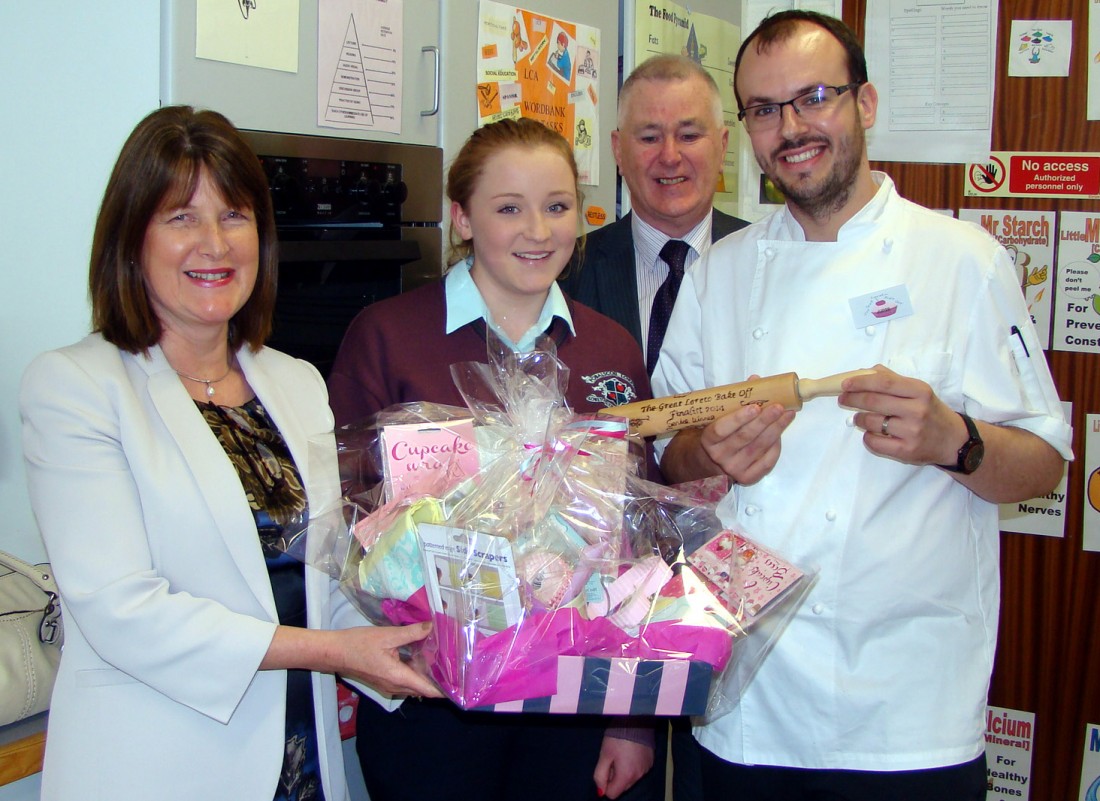 BY KEVIN ROCHE
THE heavy Donegal rain poured last Wednesday morning as cars with students, teachers and parents arrived in Milford from Loreto schools all around the country for the first ever Great Loreto Bake Off.

Parking attendants guided cars to their reserved parking spaces. Large boxes emerged from the car with students struggling to be seen behind them. Cake tins, mixing bowls ,ribbons and icing bags were to be seen.

All had landed in Milford for the First ever Great Loreto Bake off. An inter schools competition has been developed & launched by the Home Economics staff at Loreto Community School Milford (Lynda Morrow, Margaret O’Connor and Alison Stoddart). Students had to get through three rounds (signature bake, technical challenge & showstopper) in their own school before getting to the national final in Milford. 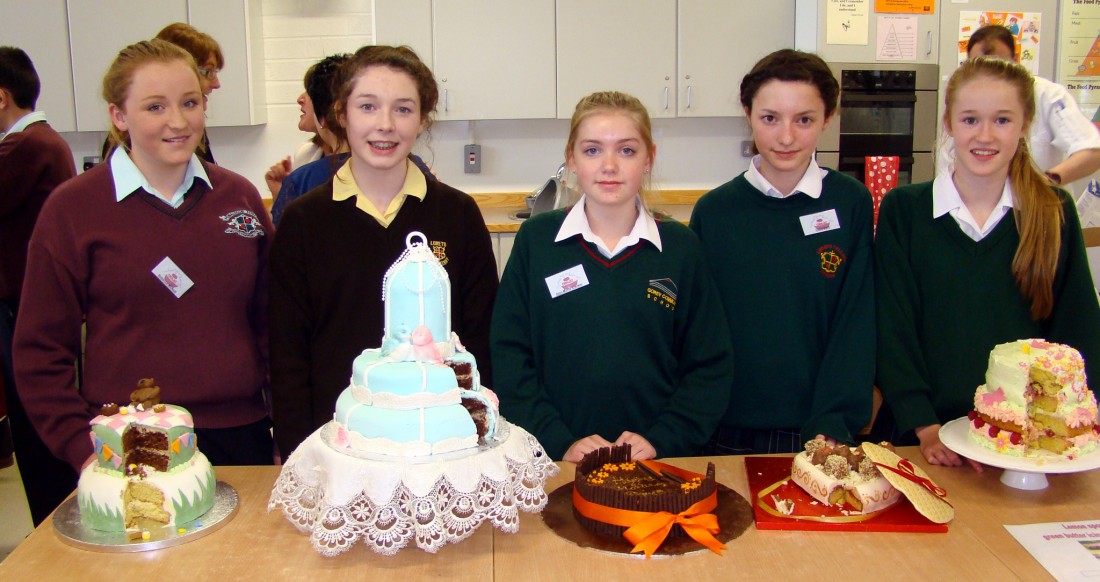 Finalists at the Bake Off.

Students had three hours to prepare, bake and decorate a themed cake of their choice
The school was lucky enough to have Celebrity judge Ian Orr (from Browns Restaurants Derry and Letterkenny and face of Lidl Northern Ireland) to judge the competition.

Ian was a big hit with the students as he took time to talk them about their creation and even admitted to picking up a few tips himself!!!! The visiting teachers were treated to a master class in food demonstration from Ian with the chocolate fondant dessert proving a big favourite.

Hoards of students peeked through the glass window trying to get a glimpse of the cakes…and begging to get a taste.

After the three hours, marvelous creations were to be seen with love heart shaped cakes, bird houses and decorations of handmade truffles, hand made caramel and sugar craft on top and a wide variety of coloured icing revealing delicious orange/ lemon/coffee/maderia cakes underneath when cut.

Ian had the very difficult task of making the final choice. The senior winner was Chloe Marks from Loreto Swords and Junior Winner was Loreto C.S. Milford’s own student Rebecca McNutt. Students were given a cash prize and a luxury cake decorating hamper from Crafter’s Basket, Sligo. Star Bakers awards were won by Fiona Boyce Loreto Letterkenny and Ann Marie Eikrem,Gorey Community school. These students were presented with a hamper from Mcgettigans Bakery,Letterkenny.