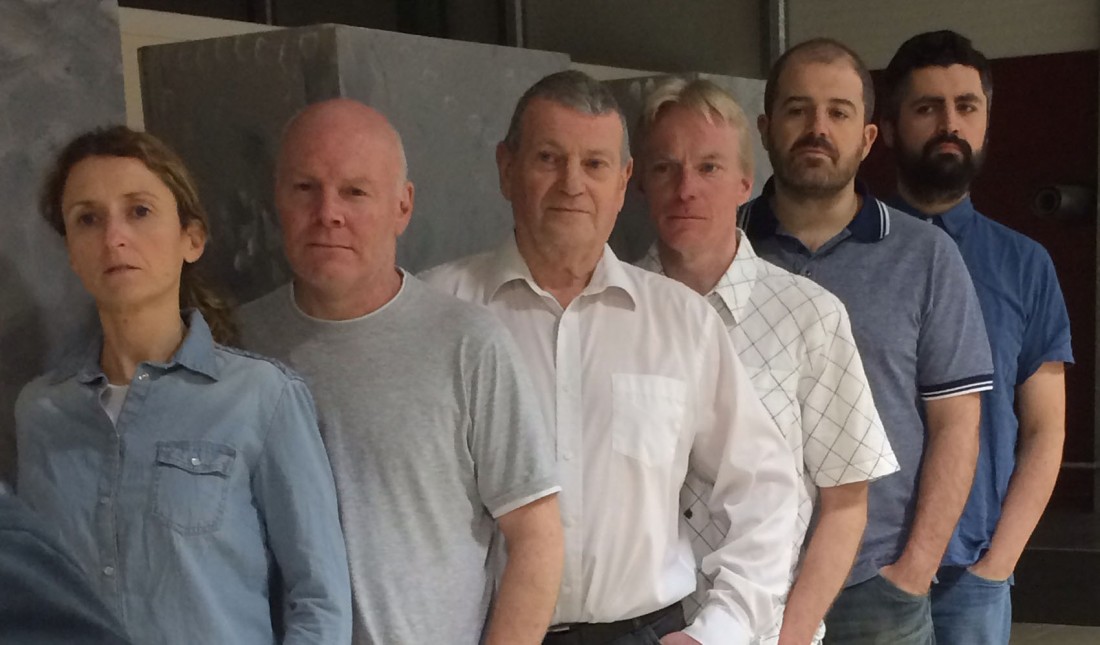 The cast of Chronicles of Long Kesh.

AFTER their successful tour of the festival circuit, the Letterkenny Music & Drama Group are returning to An Grianán Theatre for one final performance of the critically acclaimed drama “Chronicles of Long Kesh” this Friday, May 9.

Written by renowned playwright Martin Lynch in 2009, this powerful piece of theatre tells the story of the infamous Northern Irish prison throughout the 1970s and 1980s with the perfect blend of comedy and drama recreating key events in the history of the prison.

Letterkenny Music & Drama Group were the first amateur group to receive the rights to perform this absorbing play in February, and was chosen by producer Pluincéad Ó’Fearraigh to be the group’s entrant into the drama festival circuit for 2014.

This was the group’s first return to the circuit since their incredible All Ireland Confined and Ulster success with “The 39 Steps” in 2012. On the tour, the group received great praise, numerous awards and standing ovations from Letterkenny to Dublin.

Told through the eyes of various prison officers and Republican/Loyalist prisoners, the cast of six actors – Elaine Gillespie, Eoghan McGiolla Bhríghde, Kieran Kelly, Anthony Delap, Andrew Galvin and Paddy Campbell – bring to life a total of 49 characters and have the difficult task of never leaving the stage throughout the two hour running time. A huge crowd-pleaser, the play is full of 1960’s Motown songs and wild, irreverent humour. Classic hits performed by the cast include songs by Smokey Robinson, The Beatles, The Clash, Free and Bob Dylan.

Situated in the townland of Maze, just outside Lisburn, Long Kesh Prison housed paramilitary prisoners from mid 1971 until its closure in mid 2000. Originally held without trial, the removal of their Special Category Status in 1976 saw many prisoners going on a ‘Blanket Protest’, wearing blankets instead of prison issued uniforms before later embarking on a ‘Dirty Protest’ where they would refuse to wash. The refusal of the authorities to give in to their demands however resulted in Hunger Strikes by the prisoners in 1980 and then again the following year. Between May and October 1981, ten Republican prisoners died as a result of this strike. In 1983, thirty eight people escaped from the prison with most being recaptured while in 1998, the signing of the Good Friday Agreement resulted in the release of the last of the prisoners with the prison closing down in 2000.

Eamon (Kieran Kelly – Best Actor Castleblayney Drama Festival) the plumber and night-school teacher is the Republican whose specialty is hiding arms. His life is utterly changed when he has to decide whether to put his name down for hunger-strike along with Oscar (Andrew Galvin), a Smokey Robinson-loving undertaker from Derry.