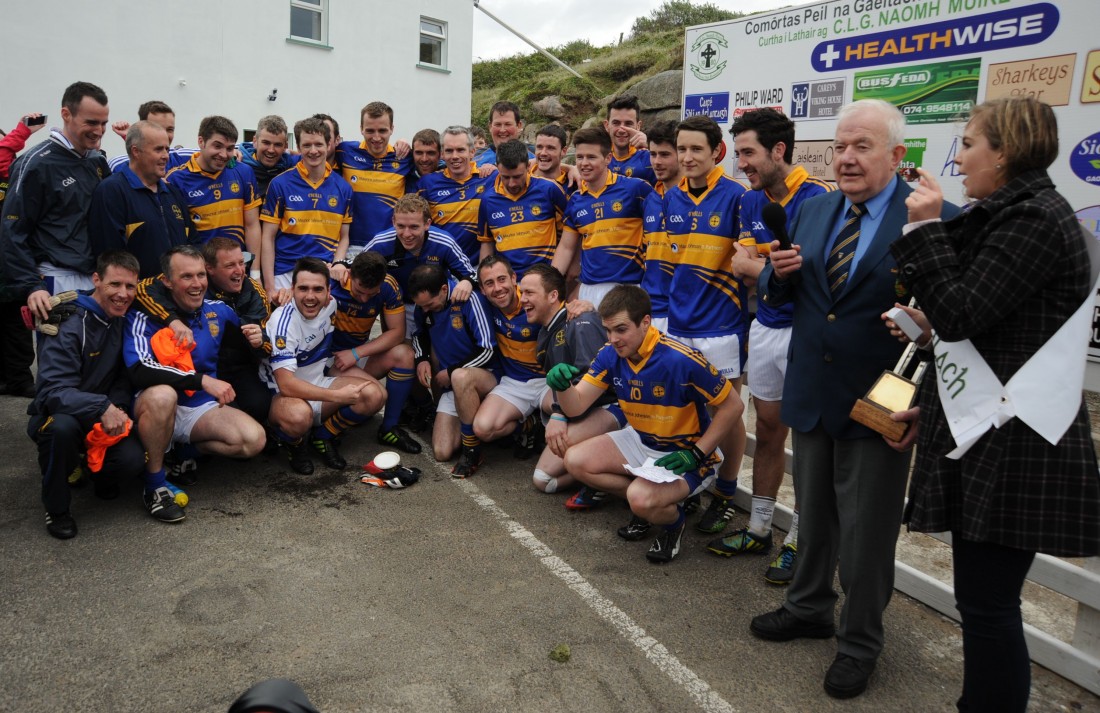 IT WAS a timely piece of silverware, but no more.

Kilcar had lost their last five Donegal Comortas Peile na Gaeltachta finals, dating back to a win over Ardara when they hosted the finals weekend in Towney in 2000.

On Monday, Glenn McBrearty snatched a dramatic win for the south-west side as they defeated Glenswilly, a side with whom they’re building something of a portfolio these days.

But they came good when it mattered here, although the thoughts of joint manager Rory Gallagher were firmly panned towards the opening of the Donegal SFC in August. Kilcar and Glenswilly will meet in the opening group game in Glenswilly.

“It’s nice to get a trophy when there’s one there to be won,” Gallagher acknowledged.

“We know we meet in the group and that’ll be the most important thing. It’s good to win when we haven’t got an awful lot done.

“We’re moving in the right direction. We made a decision not to do a lot of stuff early in the season. We knew that the Championship was going to be a bit down the line.

“We’re happy with our form. Between the Gaeltacht and the League we’ve only lost one in seven now. That’s good. We had three minors on there and we’re excited by that. We have a lot of young talent and it’s all about harnessing that now.”

With a four-point lead, 0-5 to 0-1, at the changeover, Kilcar’s anxiety was understandable given that they had played with a driving wind behind them in the opening half. Their lead was thin, however, particularly when Gary McDaid threw Michael Murphy and Gary McFadden into the fray.

Gallagher said: “They had the momentum for long periods and when they threw Michael and ‘Copper’ on you’d have feared for us. The goal came at the right time. We handled Michael reasonably well. He wasn’t at full pelt there, but thankfully we managed to come through it.”

With Neil Gallagher on top around the middle, Glenswilly looked likely victors, but Kilcar hit back at just the right time.
There was a feeling of shadow boxing for long spells, but for Kilcar they now go to Moycullen in Galway on June’s Bank Holiday weekend for the national finals.

“It’s good to get to the nationals now – we’ll try to make the most of it,” said Gallagher, who dismissed any notion that this was a psychological win as much as anything for Kilcar.

“We really dug it out in the second half. We played well enough in the first half, but we tried to force it a bit. Sometimes when there’s a breeze the pressure is on to put up a score. In fairness to Glenswilly they’re a good defending team in situations like that. We were a bit disappointed not to be six or seven up with that breeze though.

“We’re a running team and that’s well known. Playing against the breeze suited that game. Eoin McHugh had an outstanding second half. Wee Ashley Carr stood up and won a lot of ball close to goal.”