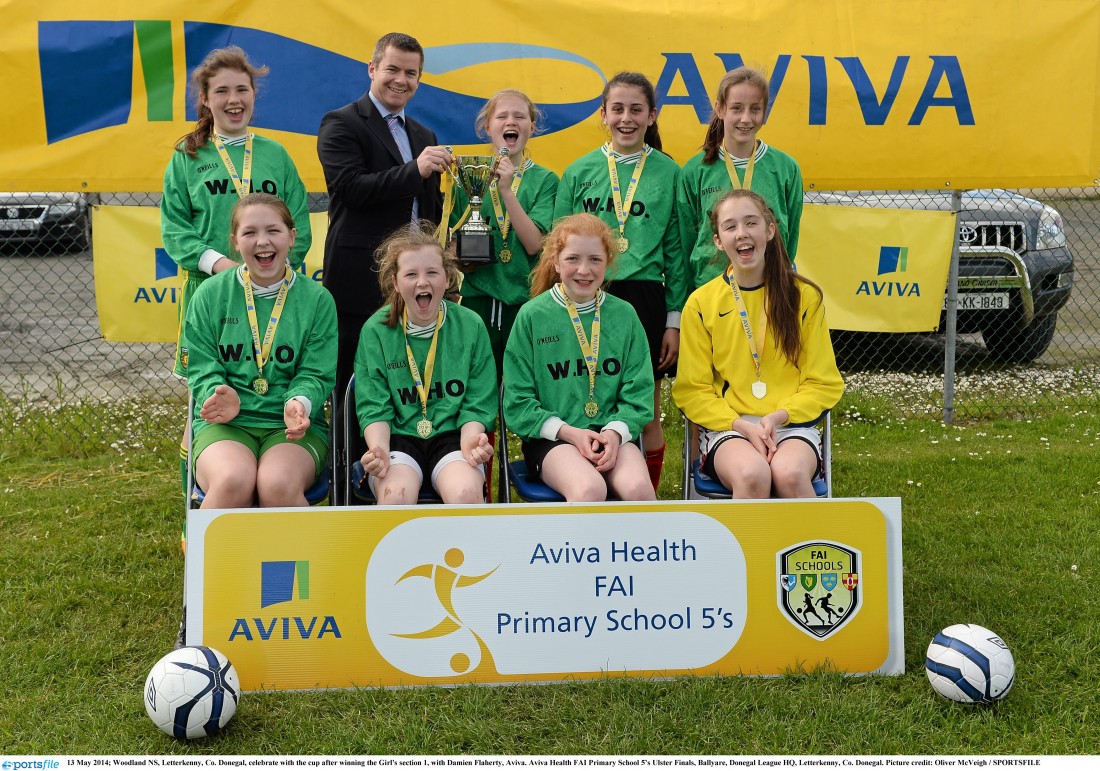 TWO Donegal primary schools secured their place to play at the Aviva Stadium in the National Finals of the Aviva Health Primary School 5’s.

Greencastle NS from Inishowen and Woodlands NS from Letterkenny will take to the Aviva Stadium pitch on the 28th May after they won in the Ulster Finals last Tuesday at the Donegal League HQ in Ballyare.

19 schools, with a total of 150 participants, from Donegal, Inishowen, Monaghan and Cavan were competing across 5 sections for a chance to qualify for the National Finals as Ulster champions.

Greencastle NS were the winners in Section A Girls as they defeated St. Mary’s NS from Arva in the Final, while Woodlands NS defeated Scoil Iosogain from Buncrana in the Section B Girls Final. The other teams that qualified from Ulster were Scoil Mhuire (Castleblaney), St. Joseph’s NS (Carrickmacross) and Butlersbridge NS (Cavan).

The winners each received an Aviva Health FAI Schools commemorative shield along with a free Umbro kit and an Ulster Champions trophy for their school. They will now go on to represent Ulster against representatives from Connacht, Leinster and Munster in their section as they hope to be crowned All Ireland Aviva Health Primary School 5’s Champions for 2014 at the home of Irish football.

This year’s Aviva Health Primary School 5’s competition has seen more than 17,000 children from 950 schools compete across the country since March. The Ulster regional winners will meet the winners from other Provinces at Aviva Stadium on Wednesday 28th May to decide the 2014 overall winners.

Alison Burns, CEO Aviva Health, said; “This has been a fantastic year for the Aviva Health Primary School 5’s because we’ve seen even more kids and teachers getting involved. The earlier we can encourage children to get ans stay active, the fewer health problems these children will face in later life and hopefully they’ll also develop a lifelong love of sport and physical activity. Aviva Health is delighted to welcome all the provincial finalists to Aviva Stadium on May 28, giving them a chance to play on the same pitch as their heroes!”

For more information on this year’s Aviva Health FAI Primary School 5’s log on to www.FAIS.ie 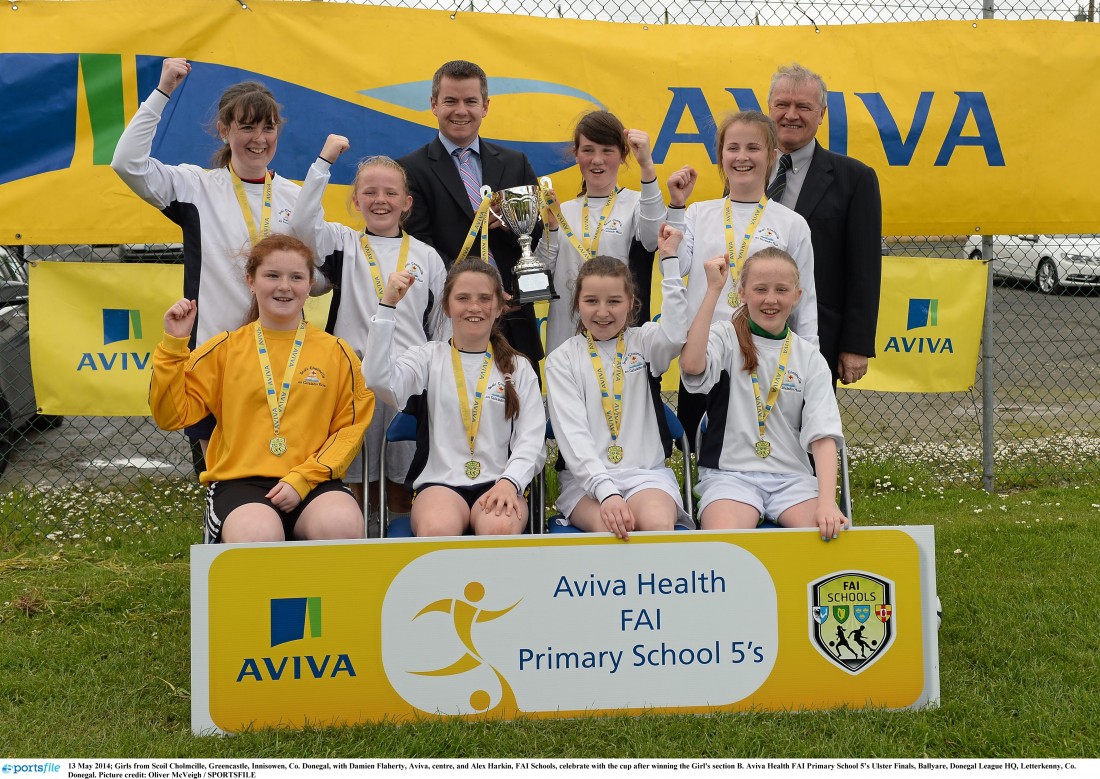