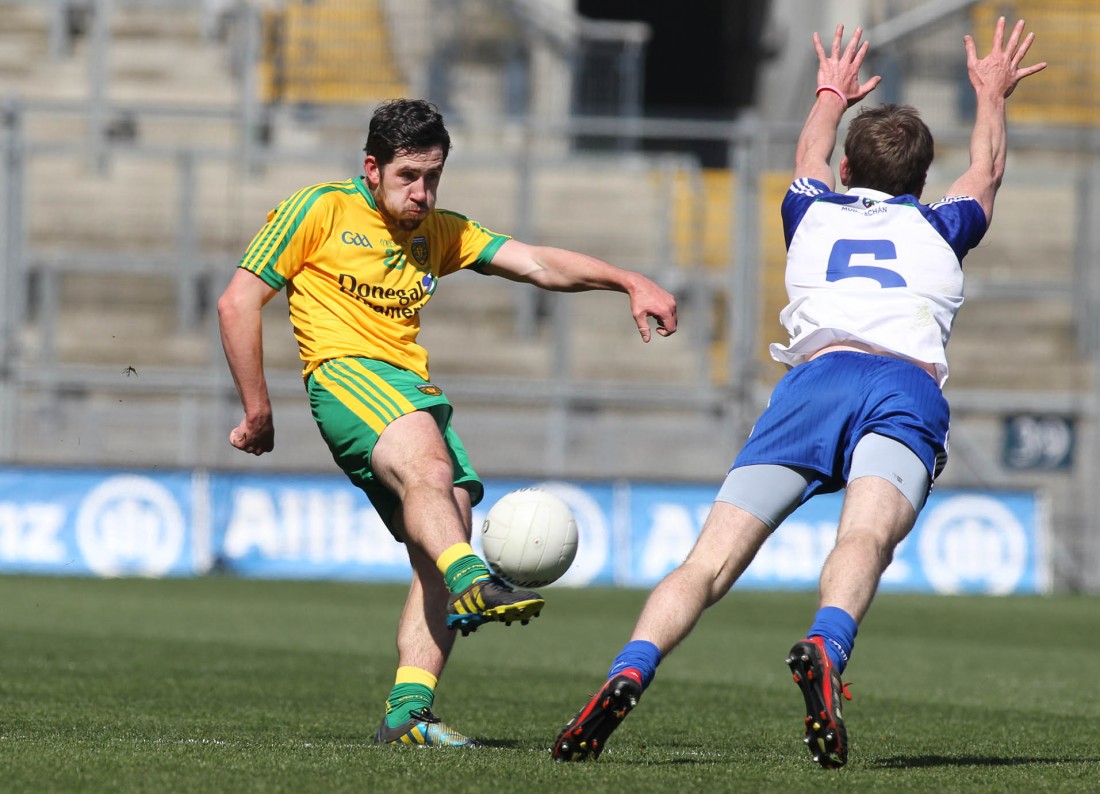 DONEGAL football was rocked this week when the bombshell came through that Mark McHugh had walked away from the county panel.

It was as surprising as it was confusing and disappointing.

The nuts and bolts of what has happened haven’t been made clear, other than the confirmation that Mark was gone and hadn’t been enjoying his football.

He is going to be a loss, there’s no doubt about that. In the form he was in during 2012 and especially in the role he played, he will be a huge loss.

Mark’s form hasn’t been good this year and he was struggling to find the form that shot him to the limelight during 2012 when he won an All-Star. He has been struggling to find that form this year and he looked like a player who just wasn’t happy where he was. On Sunday, he didn’t have the look of a contented player. At his best, Mark McHugh was a huge part of what Donegal were about.

His role was a really energetic role and he was a vital cog in the wheel.

It is disappointing. A lot off stuff will have gone on in recent weeks on planning and preparation, especially at the training camp in Portugal, and it will all have been geared towards May 25th in Celtic Park.

The training has been hard and heavy and that probably did contribute to last week’s leggy, lethargic display. The bigger picture has always been May 25th.

That said, they would have preferred to get a performance behind them last week to aid with confidence in the camp ahead of the Derry game and I’m sure Jim didn’t expect to arrive at training on Tuesday night and find himself without four players.

Thomas McKinley, Gary McFadden and Antoin McFadden have also stepped away from the panel, although there is no great surprise with either of their respective departures.

They have been given little or no game time at all this year and it was surely very frustrating for them to be kicking their heels in the stands as the weeks went by and as the demands on them increased.

Gary McFadden played just two minutes in the League while Antoin McFadden and Thomas McKinley didn’t play in the League at all. They have all been in and around the panel for the last couple of years, with Antoin and Thomas rejoining this year after stepping out last year.

They will have come back on the assumtion that they’d get game time this year. These lads will have put in huge sacrifices for nothing. They have sacrificed everything from their social lives to their club football. When the assessed their lot following the League, it is no surprise that they deduced it was best to walk away and I totally understand their position.

I said in this newspaper on Monday that I felt that this was the most worrying time of Jim McGuinness’s four-year spell in Donegal and events since will certainly have made it something of a traumatic week in the camp. It certainly heightens the concerns.

The best thing that could be done now is for the squad to come together as a group to speak about their way forward.

To have four players leave the squad puts a strain on numbers and a lot of questions are being asked. The numbers at training will be down and that could be a blow when it comes to arranging and playing training matches. Jim will have to sit them down and have a talk to the group.

They need numbers for in-house matches and to make the group competitive – the problem is, where will the balance of players now come from?

Damian Diver did speak to media on Wednesday night at the launch of the Ulster Championship in Belfast, but the media will still want to hear from Jim on the matter. The quicker that happens, the quicker everyone can get back focussed on the job.

While training has been very tough and demanding I do know that the senior players have, by and large, been happy with how things have been going. They’re focussed on the job at hand, firmly focussed on the Derry match.

The senior players in a week like this are really important. This is a week where the leaders and the strong personalities in the Donegal dressing room have to stand up and have to take a stranglehold.

The timing of this could work both ways. It could really galvanise them and put serious focus on the players left or, on the flip side, the fall-out from the news could be to the real detriment of the squad. I think the former will be the case.

There are enough big players in the group to make sure it doesn’t pull the roof off the house. This is a very strong group of players and the more senior among them will have their importance heightened now.

It is here where they must lead rather than be led. For Jim McGuinness, he must see his characters take control of certain things and this matter mustn’t be allowed derail their preparations for Derry.

That all being said, Donegal football can ill afford to lose players, lest of all a player of Mark McHugh’s calibre.

THE May Bank Holiday weekend in Donegal means the Gaeltacht finals and with weather forecast looking favourable it promises to be a great weekend for all involved with the Naomh Muire club.
Credit goes to everyone at the Lower Rosses club who have worked tirelessly to make sure that the weekend runs smoothly. They’re one of the few clubs in the county who have floodlit facilities at their pitch and, again, well done to all concerned.

The Donegal Minors had a good victory over Tyrone in Brewster Park last Saturday to win the Minor League. It’s always nice to get your hands on a piece of silverware. It was great for the lads but the focus at training this week has already switched to the Derry match in Celtic Park on May 25. The hard work continues but hopefully the experiences gained through the league will stand them in good stead ahead of the Ulster campaign.