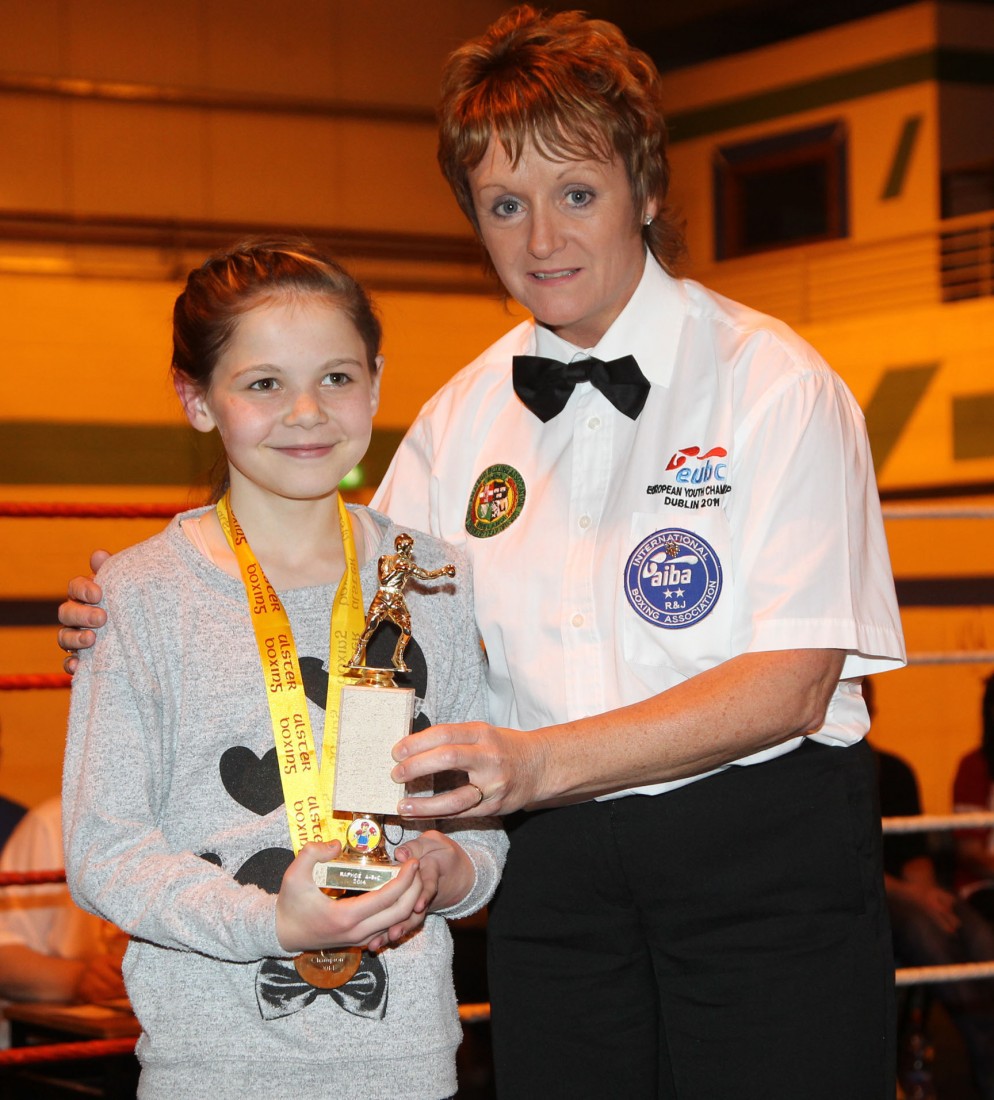 The Ballindrait girl, who has six titles to her name already this season, goes in search of her seventh when she takes on Fiona O’Keefe from Rathkeale in the Girl 1 31kgs final on Saturday at the National Stadium.

In all, six Donegal boxers have already booked their places in finals, while another four will be in semi-final action on Friday.

Ciara Anderson, another in her first season of competitive action, is the latest member of the Anderson dynasty from Ballybofey to hit the national stage. In the Youth 1 46 division, Ciara – a grand-daughter of the former Olympian Brian Anderson senior – overcame Castlerea’s Laura Mulrony by a unanimous decision. It is forty-seven years now since her famous grand-father boxed at the South Circular Road venue and on Saturday Ciara takes on Togher’s Lauren Stewart in the final

A second Twin Towns BC representative, Jodi Lafferty, has also advanced to the finals and she takes on Angela Costello from Geesala in the Girl 2 52kgs decider following a unanimous decision win over Marble City’s Saoirse Meaney.

Dungloe’s double Irish champion Niamh McCole goes up against the European champion Amy Broadhurst from Dundalk in the Youth 2 60kgs division. McCole overcame Duhallow’s Mary O’Connor to set up a meeting with Broadhurst. World Junior Champion Ciara Ginty had been set to compete in the same division, but withdrew.

Carndonagh’s Rachel Dixon will take on Bobbi Hendirck (Sacre Coeur) in the Girl 2 57kgs final while Illies Golden Gloves woman Mairead Dobbins will take on Clodagh McCommiskey of Gilford in the Youth 1 50kgs final – a repeat of their Ulster final from last weekend, a cracking bout won by Dobbins.

A further four Donegal boxers will be in semi-final action on Friday. Three-times Irish champion Labhaoise Clarke overcame Lucan’s Courtney O’Mahoney in a Girl 4, 54kgs quarter-final and will now meet Ava Doyle (Ryston) in the semis. Her sister Jessica will take on Golden Gloves’ Tiegan Padden in the Girl 3, 44kgs semi, following a 3-0 win over Monkstown’s Saoirse Kearns.