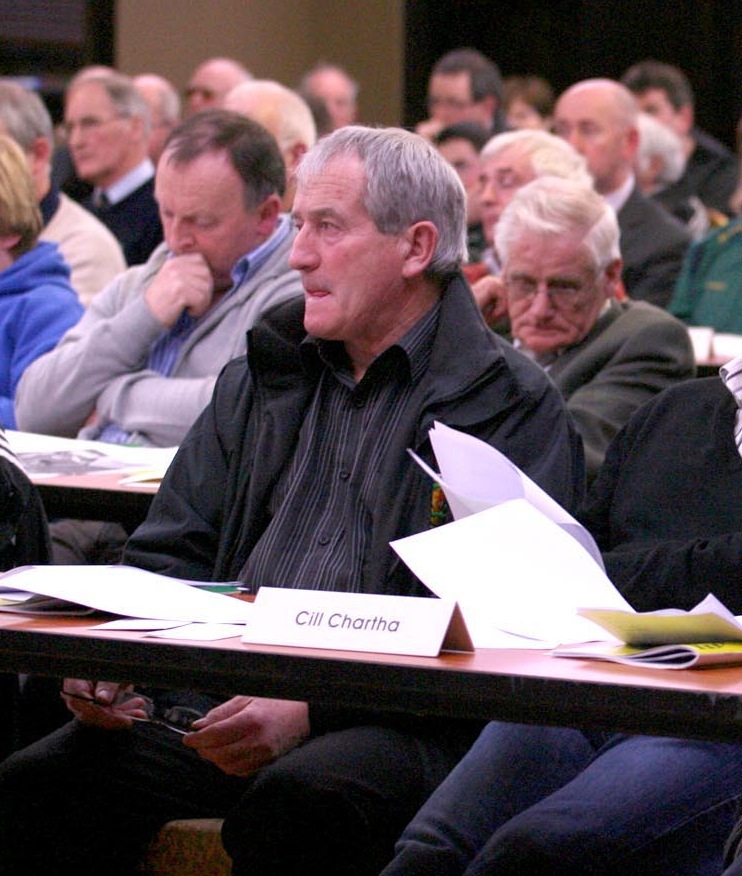 AS some Donegal clubs expressed concerns regarding the match-ups of the ‘starred’ fixtures, Donegal Competitions Controls Committee (CCC) secretary Seán McGinley has warned that clubs must ‘change the mindset’ when it comes to playing club matches.

A handful of games into the 2014 campaign, the subject of club fixtures has already been a hot potato and McGinley issued a stern warning that his body is already fast running out of Sundays on which to pencil in games.

He was responding to a question from the Naomh Conaill delegate David Keltch, who wondered why his club’s Division 1 clash with Four Masters had been called off last Friday night. The game between Ardara and Kilcar was also called off with McGinley confirming that Four Masters and Ardara had sought postponements.

“We had requests in from two clubs who said they had a number of players who would not be finished work until five or six o’clock and who were based in Dublin,” he explained.

“The emergency committee of the CCC dealt with these requests and agreed with them. I know Naomh Conaill and Kilcar were willing to play, but the decision was made to call them off.”

There had been a previous wrangle with fixtures on Easter weekend following a request from the Donegal senior team management which resulted in most of the games scheduled for Good Friday being called off.

While the CCC has come in for some sharp criticism of late, McGinley said: “The sooner clubs realise this: if clubs want to get the fixture programme played you will need to change the mindset

“There are not enough Sundays between April and the end of October to fulfil our club fixture programme and to have a successful county team that year-ion-year will be getting to the All-Ireland quarter-final.”

“How can Naomh Muire v Glenfin be a starred game?,” he said, noting that his club would have to play without Frank McGlynn while their opponents would be at full-strength given that they have no players on the county panel.

“It cannot be a starred game if it doesn’t match up.”

St Michael’s delegate Liam McElhinney added: “We have the same problem. We’re down to play Termon and it’s not a match up. We have three county players and they have one.”

The CCC secretary said it was ‘impossible to match every fixture evenly’. He said: “We discussed starred fixtures at our last meeting. They are fixtures to play without county players, but they can’t all be matched evenly.”

McGinley, in his written report submitted for the meeting, also warned club members about their public comments in relation to fixture grievances.

He wrote: “When games are postponed for whatever reason the press is not the place to vent your grievance over fixtures. The CCC is monitoring these in the press and on Twitter and will deal with this accordingly.”