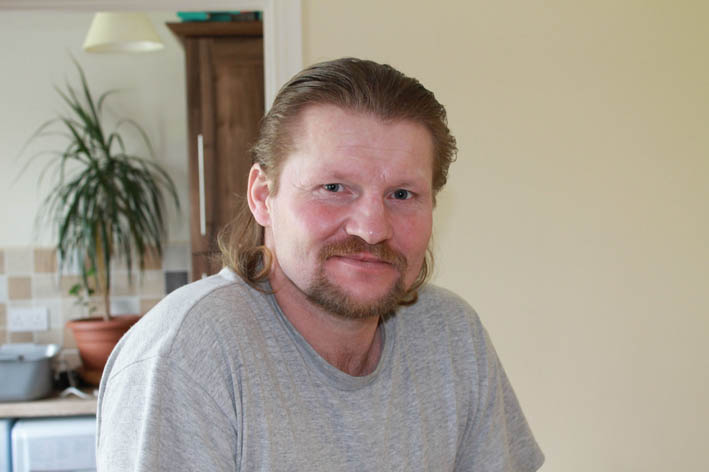 The late Bogdan Michalkiewicz who was murdered in his home in Letterkenny last May.

A 20-year-old man has been charged with the murder of a fellow Polish national in Letterkenny last May.

Krzysztof Gregorski of 35 Hazelbrook Crescent, but currently in custody, appeared before this morning’s sitting of Letterkenny District Court where evidence of his formal charge was heard by Judge Paul Kelly.

Sergeant Michael Galvin gave evidence that he formally charged the accused with the murder of Bogdan Michalkiewicz at 15 Westside Apartments, Lower Main Street, before this morning’s court. He said Gregorski made no reply upon being charged.

The late 41-year-old victim’s brother, Tomasz Michalkiewicz, sat in the public gallery clinching to a framed picture of his brother Bogdan, including a black ribbon, while evidence of the murder charge was heard in court.

Inspector Michael Harrison informed the court that the Director of Public Prosecution consented to the accused being sent forward for trial to the Central Criminal Court in Dublin and asked the judge to adjourn the case while a book of evidence is being prepared.

Judge Kelly remanded the accused in custody to appear before Letterkenny District Court by video link on 9 June.