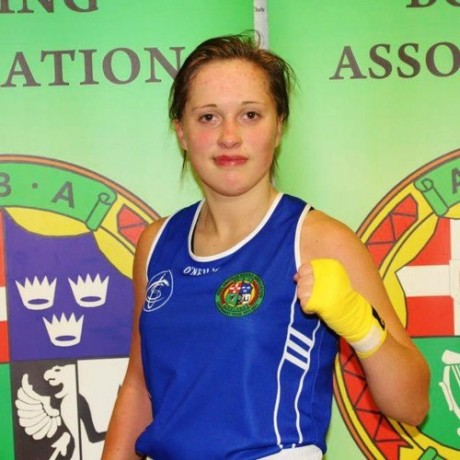 The Finn Valley ABC star is on the scent of her ninth National title and is back in menacing form at The National Stadium. Auciute goes up against Ciara Sheehy (Aiglish) in this Saturday’s final after a double-quick stoppage of Costelloe.

Auciute unleashed a hailstorm of punishing shots on the Kerry woman. It was a volley from those dynamite fists that left Costelloe seeing stars. From the first bell, Auciute exploded into action and there was a real determination from the Ballybofey woman, whose hand was raised in victory. Costelloe never landed a shot on the focussed Auciute, who was just too good. Now, that ninth title emerges as a real possibility.

Sheehy overcame Lauren Kinsella (St Anthony’s and St Paul’s) to book her place in the 64kgs decider alongside the fast-fisted Finn Valley ace, who overcame Sally Carrig to win these Championships last year.

In the mens’ under-18 section, there will be an all-Donegal semi-final shoot-out between Illies Golden Gloves’ Daryl Moran and Carndonagh’s Liam Callaghan on Friday night.

Moran received a bye into the semis, while Callaghan was excellent in his win over Michael Sweeney of Innisfree on Saturday morning.  Callaghan, National Youth 2 champion in 2013, was superb against Sweeney, on fire from the off and now meets his fellow Inishowen man Moran.

Moran was in the final of the Open Youths in January, but lost out to St Paul’s Brendan Irvine. Moran, though, is no stranger to this stage with four Irish titles already under his belt.

Mark McCole, another previous Irish champion, will take on Francis Barrett in a 64kgs semi-final. McCole had two fine performances on Friday and Saturday to book his place in the last four.

On Friday night, he defeated Adam Kelly (Ballincargy) 3-0 and followed it up with a tense majority decision win over Jimmy Joyce from Athlone – who had beaten Letterkenny man Aaron Doherty the previous evening in the preliminary round. McCole was troubled by a head cold and will hope to shake it off before he meets Barrett, who overcame St John Bosco’s Calvin McShane on Friday night. 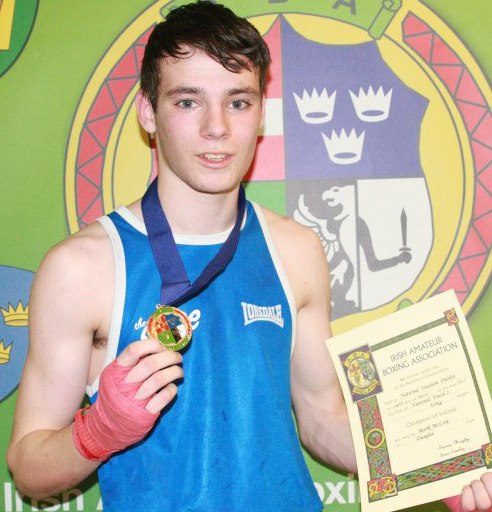 Niamh McColle fell in the 60kgs semi-final to Cheyanne O’Neill, who now meets Ciara Ginty in the final.

Letterkenny’s Michael McConigley will compete in the 91+ kgs semi on Friday night, taking on Spartacus’ Sean Maher, after defeating Bluestack’s Terence Ward. McConigley edged the three rounds and was 11kgs lighter on the scales, having weighed in at 91.6kgs, just over the watermark, than the man from the new Bluestack club, though the experience of the Stadium will stand to him.

Finn Valley’s Francis Mongan was involved in one of the fights of the day on Saturday, but lost out to Sean Conroy of Ballyhaunis. It was a bout that went right to the wire, both men trading ferocious leather at times and it was Conroy who just about held sway in an absorbing contest that saw both leave everything on the canvas.