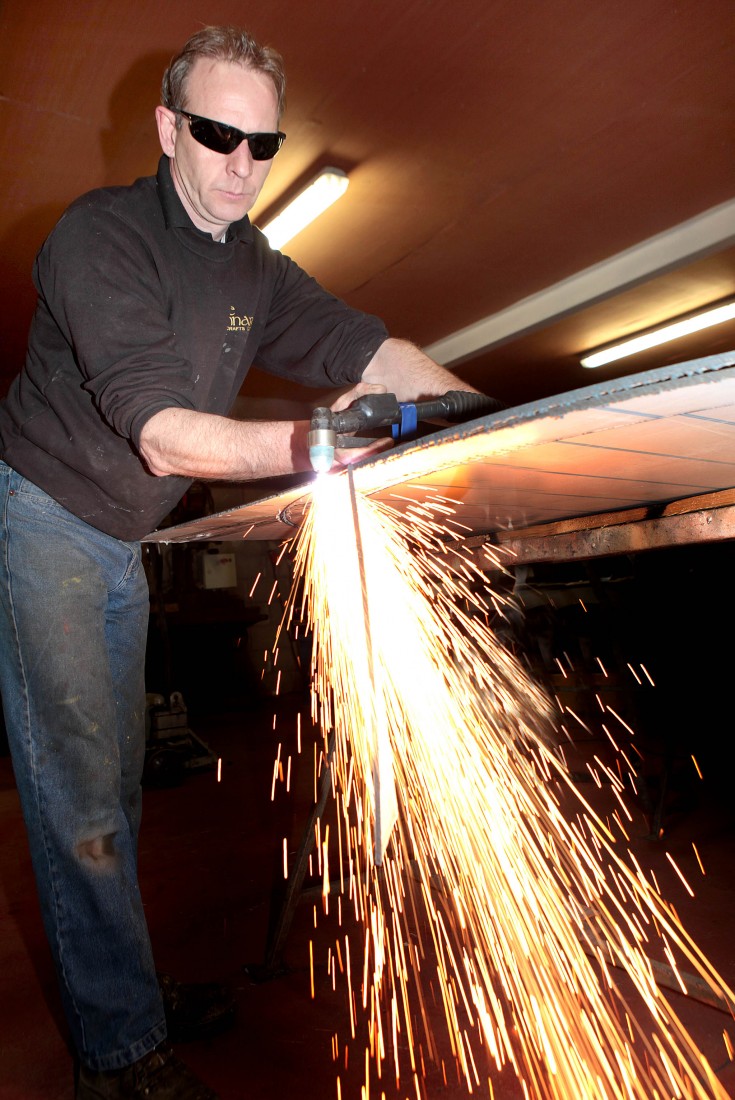 FATHER and son, Paul and Christopher Hynd, started work on the construction of the new town clock for Letterkenny earlier this week.

The new clock, specially commissioned from local artist Christy Keeney, will form the centre-piece of the new plaza to the front of An Grianán Theatre.

This central feature, which will be five and a half foot in diameter, which is being constructed by Joe Bonnar Metalcraft, will have a prominent place above the door of the theatre’s main entrance.
Speaking to the Donegal News, Paul Hynd, Production Manager, Joe Bonnar Metalcraft, explained that the clock will take two weeks to put together.

“We’re making the body out of 6 millimetre stainless steel – marine grade – which will last much better outside. We’ll also be powder coating it because it won’t be that easy to clean where it will mounted,” he said.

“We already tested the design up at An Grianán Theatre to see that it was alright for size and it will now take us a couple of weeks to put it together.

“The clock’s mechanism is being specially made and the hands are balanced specifically for the clock.
“I’m lucky to have my son Christopher (a transition year student in St Eunan’s College) in here helping me this week,” he said.

Mayor Paschal Blake, who is coming to the end of his term of office, has chosen this particular project to mark his mayorship.

The project is due to be completed in May ahead of the international Irish Aerial Dance Fest in June and the Earagail Arts Festival in July.

With An Grianán Theatre now almost 15 years old, the large plaza was in need of renovation with some hard winters taking a toll on the tiles and steps. Work has already commenced to rectify these problems and as the project progresses the plaza will be made more attractive with new trees, plant pots and benches. 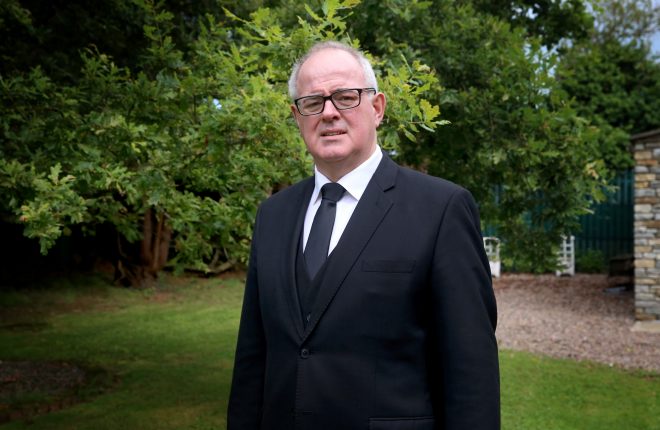 Providing end of life services to families in Donegal

For three decades, Paschal Blake and his team have been providing end of life services to families throughout the...