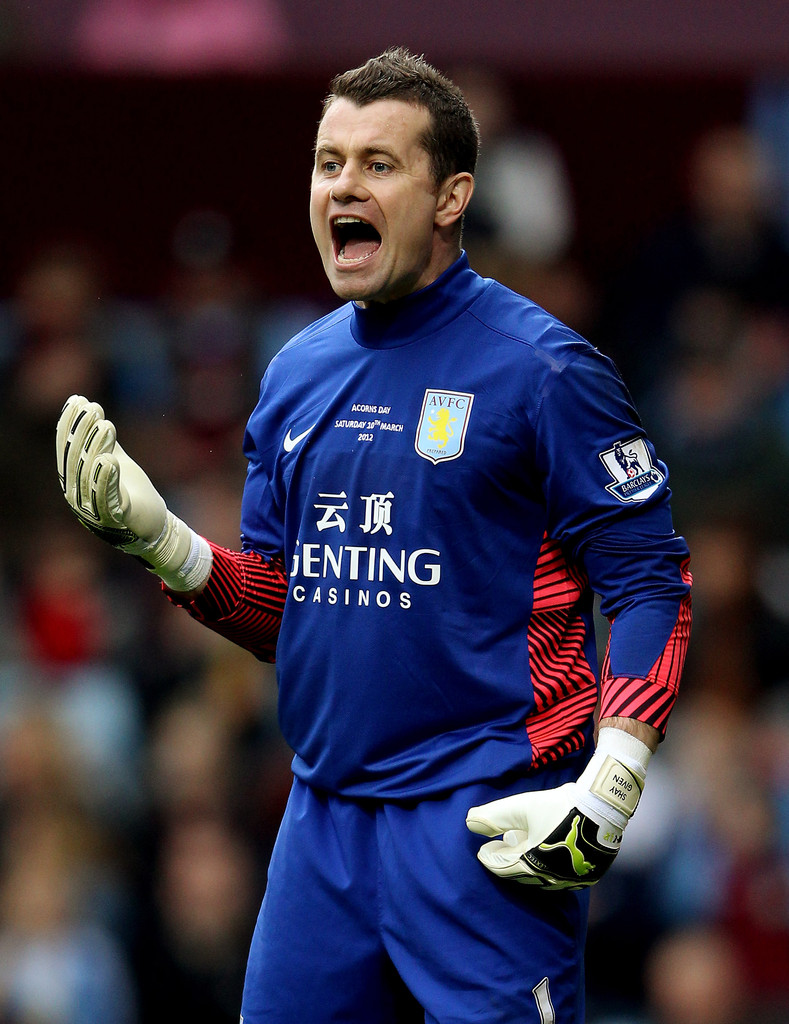 SHAY Given has taken the first steps on the coaching path having been promoted to assist the Aston Villa manager Paul Lambert ahead of Saturday’s Premier League game against Southampton at Villa Park.

Given, who turns 38 on Sunday, has been promoted to assist Lambert, alongside Gordon Cowans.

Villa announced the appointment of Given today in a statement which also confirmed that coaches  Ian Culverhouse and Gary Karsa have been suspended pending an internal investigation.

“As players, it’s important that each and every one of us take responsibility right now and I’m delighted to play my part in helping the manager and the team go and try to win on Saturday,” Given said.

Given has not played for Villa since January 2013 when he featured in an FA Cup defeat by Millwall. His last Premier League game was a 3-1 defeat by Everton in August 2012. He has been frustrated by a lack of opportunities under Lambert, who has Brad Guzan and Jed Steer ahead of him in the Villa Park pecking order.

However, Given has been elected to assist Lambert ahead of this weekend’s fixture against the Saints.

Lambert said: “I’m delighted to have Gordon and Shay to assist me in preparing the team for Saturday which is what the whole group is focussed on.”

Given was a £3.5million signing from Manchester City in July 2011. Signed by Alex McLeish, he was given a five-year deal at the Midlands club that doesn’t run out until the summer of 2016. The Lifford native recently kept ten clea sheets in sixteen League appearances in a loan spell at Middlesbrough.

Despite being promoted to the role of ‘temporary assistant’, Given is still expected to leave Villa at the end of the season as he seeks to prolong his playing career.