THE Relay for Life Donegal 2014 committee, in association with The Irish Cancer Society, held an inaugural cancer conference on Saturday at the Mount Errigal Hotel, Letterkenny.

MC Charlie Collins got proceedings under way by emphasising the great success of Relay for Life in Donegal and stating that cancer doesn’t discriminate.
Canon Wright performed a moving reflection and concluded by saying that he “hopes everyone would go away feeling supported”.

Robert O’Connor, Chairperson of Relay for Life Donegal 2014, addressed all who had attended and highlighted that, “the conference is for you”. Robert outlined how delighted he was to welcome everyone and he took the opportunity to thank Relay for Life patron (i.e.) Mr Daniel O Donnell. A video message from Daniel was viewed and Robert took the opportunity to “thank Daniel for his commitment and support”.

The patient experience was delivered by Bernie Gallagher, Conal Gallen and the survivors’ choir. Bernie Gallagher shared her personal experiences; why do I relay? According to Bernie, “you must stand up and fight, believe you can do it!”

According to Conal Gallen, “we should talk about cancer more. I didn’t know how to deal with cancer. I deal with problems through humour”. Conal also stated how he “felt lucky to survive cancer”. The survivors’ choir gave a beautiful rendition of alleluia. 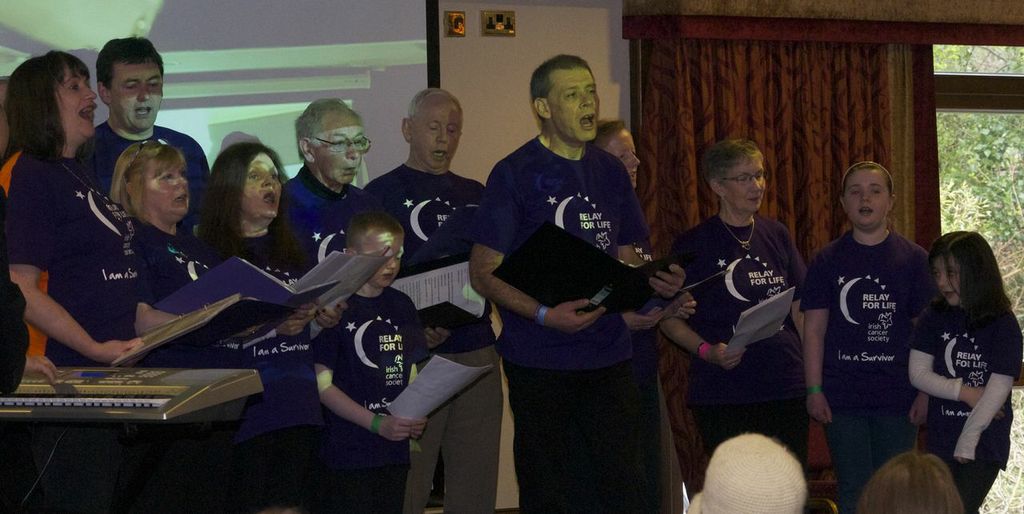 The Relay For Life Choir.

Dr Salib, St Luke’s and Una Cardin, Altnagelvin Radiotherapy unit, presented an update on radiotherapy treatments. Dr Salib stated “cancer cells have abnormal DNA and modern treatments; whereby radiation is delivered in fractions (i.e.) higher dose per fraction, reduce number of fractions and reducing treatment duration, lead to DNA not being able to move anymore”. Dr Salib explained this process by comparing it to a boxer taking on a component, then going back to the ring side in order to build up energy and repeating the process over and over as many times as necessary”.

Una Cardin indicated that the availability of radiotherapy at Altnagelvin “would make a very difficult time a lit bit easier”. Una explained that “Altnagelvin would be working collaboratively with Galway in order to deliver an integrated and seamless service”. She further advised that “the work begins on site in May and will take two years to complete”.

During the questions and answers session Dr Salib reiterated that radiotherapy at Altnagelvin would enhance patient care. According to Dr Salib, “new will be better than status quo”. In answering why do some patients receive different types of treatment, Dr Salib stated, “sometimes concurrent care” i.e. chemotherapy and radiotherapy can both be required. He also mentioned that “patients had a choice of where to attend – Galway, Belfast, etc”.

Proceeding a beautiful lunch at the Mount Errigal, Jim Mc Guinness, Sports Psychologist, outlined the physical and psychological benefits of exercise after cancer treatment. According to Jim “physical activity decreases the risk of recurrence and increases chances of survival. It also decreases body fat and hormones associated with cancer prognosis”. Jim advised of the importance of obtaining medical clearance from doctors, oncologist, etc and of considering frequency, accessibility and setting of realistic goals. According to Jim, “Goals should be specific, measurable, attainable, realistic and timed (smart)”. Jim reiterated that “it is important to focus on goals no matter what; there will be highs and lows and it will be essential to keep believing”. Jim concluded by informing attendees of four important elements with regard exercise and goal setting; commit, focus, believe and achieve. 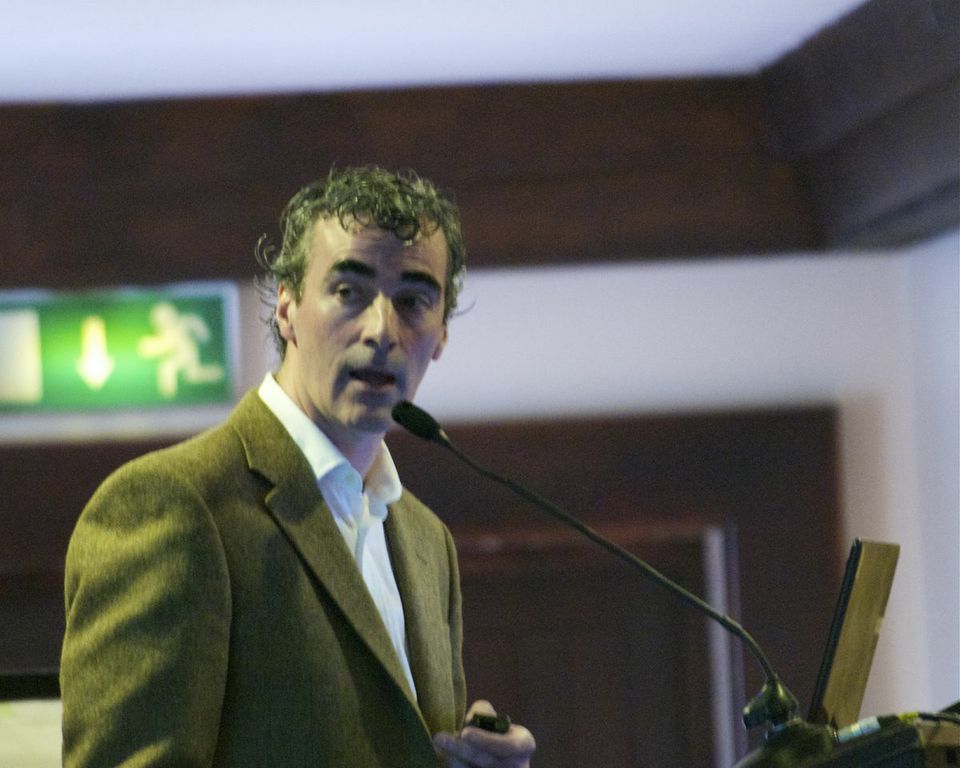 Jim McGuinness speaking at the event.

Donal Buggy, Head of Services at the Irish Cancer Society, informed the audience that “a cancer survivorship conference would be held on the 19th – 20th September 2014 in the Aviva Stadium”.

Kevin O Hagan, Head of Health Promotion, outlined methods that should be employed to reduce the risk of cancer; “exercising at moderate intensity for 2-3 hours per week can reduce the risk of breast, endometrial and breast cancer by up to 50%”.

John Mc Cormack, CEO of The Irish Cancer Society discussed the new cancer strategy 2016 and that Ireland would be smoke free by 2025. He concluded by stating that “the fight against cancer will be lost or won in communities”.

The topic of research was discussed by Professor John Fitzpatrick, Head of Research at The Irish Cancer Society. According to John, “research is the creative work undertaken to increase our knowledge and understanding of cancer. The aim of research is to improve outcomes for patients; everything is pointing towards the patient”. He further added that such research could be conducted in laboratories, in hospital wards or in the community. John informed attendees that “The Irish Cancer Society aims to fund 5 collaborative cancer research centres over 5 years at a cost of €7.5 million”.

Prior to the wrap up by committee members, Dr Michael Sugrue, Consultant Surgeon/Symptomatic Breast Care, spoke about improving your outcome of a breast cancer diagnosis. The Letterkenny based surgeon commented on the importance of not being in denial and afraid of the outcome. He also discussed the medical school link with NUIG and advancements in patient treatment.

According to Ena Barrett (Staff Partner), “Relay offers the opportunity to share stories, meet new people and to remember those not as fortunate”.
Mags Coyle (Education and Awareness) emphasised the significance of education and awareness and sharing experiences. She concluded by commenting that she hoped “this would be the first of many conferences in Donegal”.
Nicola Mc Bride (Team Recruitment) encouraged those in attendance to tell friends and family to consider entering a team.
Robert O Connor closed the ceremony by asking committee and subcommittee members to come on stage and by performing the relevant words of thanks.
The Relay for Life Donegal 2014 committee would like to take this opportunity to thank those who attended the conference, the guest speakers, the exhibitors and to everyone who facilitated in any way to making the conference the tremendous success that it was.

The committee would also like to take this opportunity to highlight that if anyone is interested in entering a team for the Relay for Life Donegal event on May 31 to June 1, they should contact Nicola on 086 8880399 or alternatively email relayforlifedonegalapplications@yahoo.com