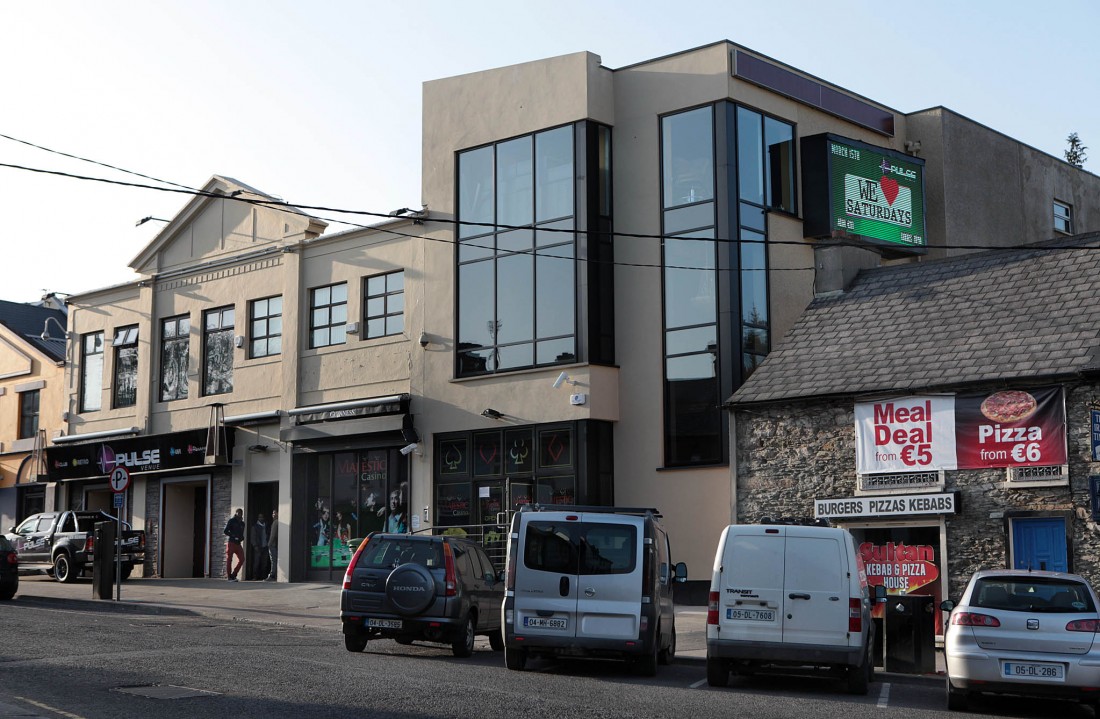 The Pulse venue and Majestic casino.

A DECISION to grant planning permission for another casino in Letterkenny, has been appealed to An Bord Pleanala (ABP).

Back in March, Letterkenny Town Council granted permission for a change of use of a ‘bingo hall’ to a private members casino club at The Pulse Entertainment Centre on the Port Road.

However, the council’s decision was appealed this week to ABP by a Mr Michael O’Neill of Solomon’s Hill, Letterkenny.

In his objection, Mr O’Neill claims the developers of the casino are “making a mockery” of the Town Council.

Back in 2011, the council granted planning permission to Theo Crossan for the 584.75 sq m (6,300 sq ft) extension to the existing Pulse building.

The casino includes an ‘entertainment centre’ on the ground floor with ‘computerised bingo machines’ as well as a 196 sq m (2,100 sq ft) private members club on the first floor.

According to the initial planning application, the gaming machines would operate twice or three times daily, depending on demand.

Mr O’Neill made reference to an application for a larger casino, just down the road, at the former Gleneany House which was also shot down by ABP.

In December 2012, a decision to grant planning permission for a large gaming arcade nearby was appealed to (ABP).

Hotel to an amusement arcade to hold 100 ‘gaming machines’.

However, that decision was appealed to ABP by planning consultant, Mr Gerard Convie.