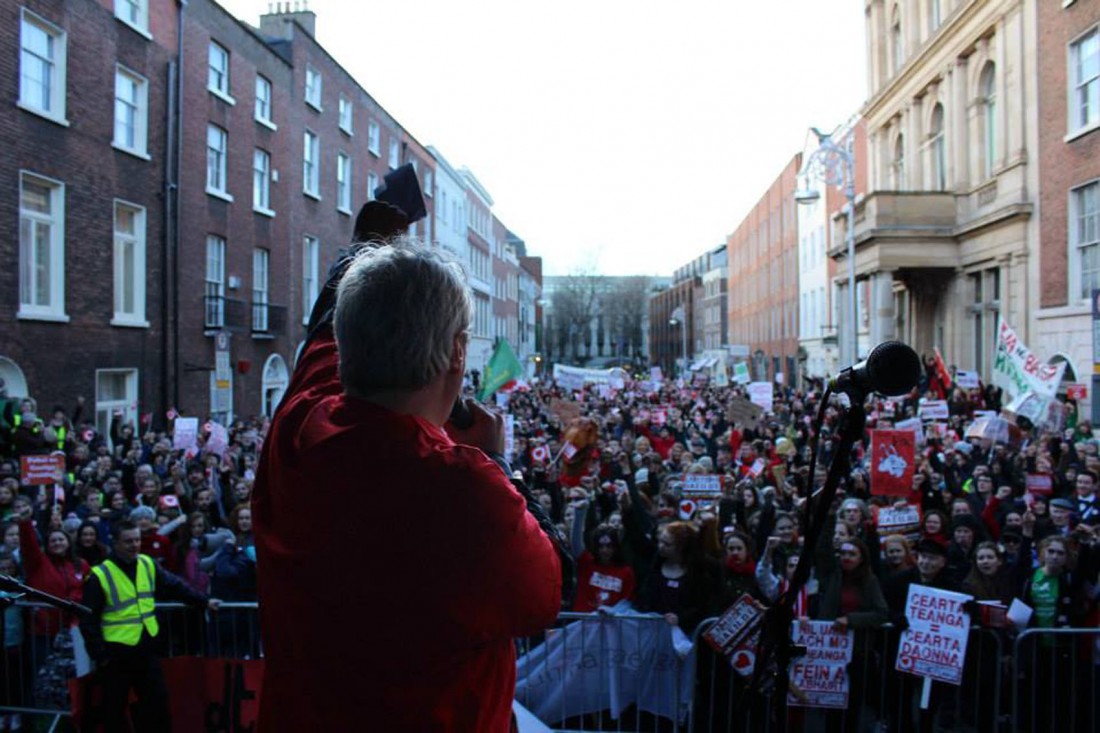 LARGE numbers of Donegal people are expected to join another demonstration in Belfast next week to demand rights, equality and fairness for the Irish speaking community.

The protest will take place on Saturday, April 12, and the organisers will be sending a bus from Donegal, leaving Gaoth Dobhair and Cloich Cheann Fhaola, picking up people along the way.

“There was a very good turn out for the Lá Mór na Gaeilge march in Dublin on February 15, and Donegal were very well-represented,” Ms Nic Niallais said.

“We hope to get a good crowd for the Lá Dearg in Belfast as well. It’s important to keep up the pressure in this campaign with local elections coming up. So far we’ve had protests in Dublin and Galway. Belfast is next, and no doubt there will be more to come, including in the north west. We urge Donegal people to lend their support to the event in Belfast and to support the rights of the Irish speaking community in the Six Counties.

“We have a bus going on the day and anyone who’s interested can contact us for further information.”

In an historic day on February 15, more than 10,000 Irish speakers took to the streets of Dublin to demand Irish language rights for Irish speakers and for Gaeltacht communities.

This in turn inspired the people of Conamara to act and 1,000 people came out onto the roads of this Gaeltacht community on February 23, to say, “Slán le Seán” and to bid farewell to the former Irish language Commissioner, Seán Ó Cuirreáin who resigned from his post.

Irish speakers throughout the island of Ireland are seeking adequate services and rights for speakers of the language and for the people of the Gaeltacht.

Following on from Lá Mór na Gaeilge in Dublin, Irish language activists throughout the Six Counties and from further afield gathered at a public meeting in Belfast and agreed that there was an urgent need for a localised campaign in the North. These Irish speakers decided to organise Lá Dearg on Saturday, April 12 in Belfast.

To book a seat, send an email to eolas@goitse.org or ring Danny, 086 847 6862.
The organisers are asking those going on the day to wear something red in keeping with the theme of An Lá Dearg.