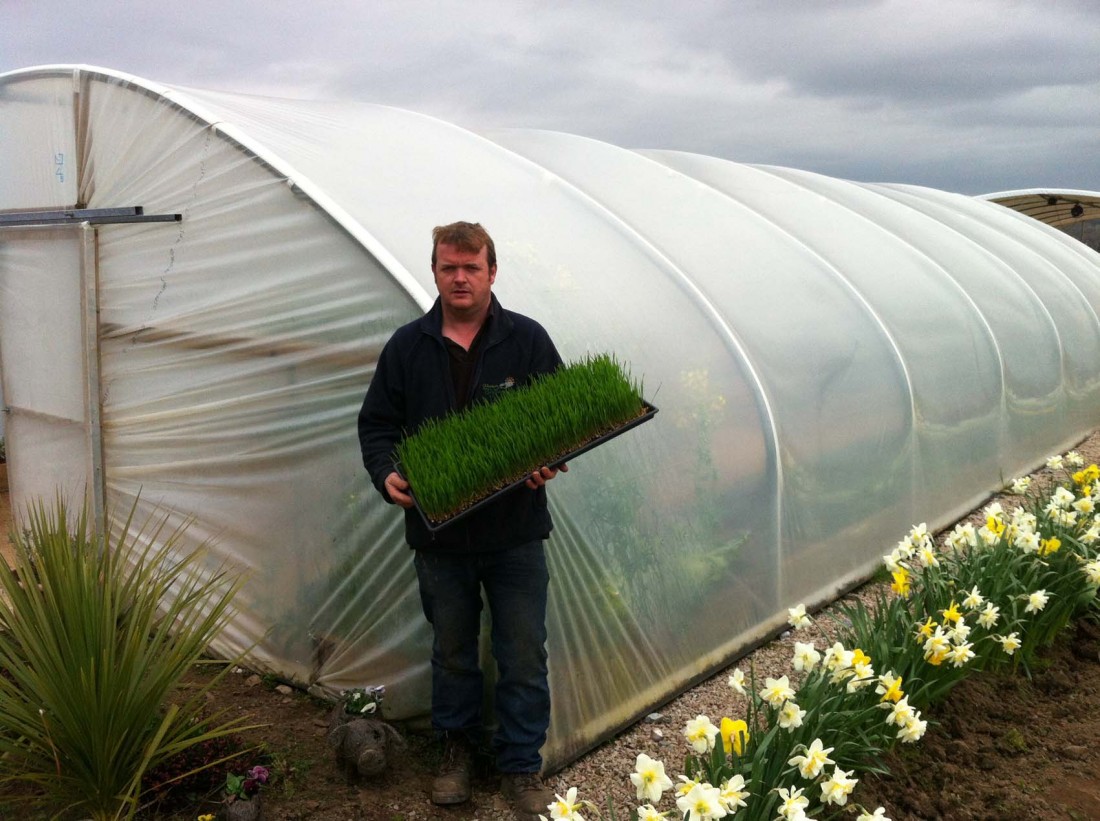 Dean Gillespie in front of one of his polytunnels.

By Cronan Scanlon
A KILLYGORDON man who set up a new business after his old one was crippled by the recession, this week started exporting products to the lucrative Scandinavian market.

Mr Dean Gillespie’s precision engineering business at Carrickshandrum, between Killygordon and Ballybofey, came to a halt when the economic downturn started to bite six years ago. His workshop fell silent and staff were laid off.

However, instead of pulling the doors behind him, he decided to turn his vegetable growing hobby into a new enterprise and set up Gillespie Polytunnels.

Mr Gillespie now employs five full and part-time staff, sent his first consignment of polytunnel kits to Denmark on Wednesday and hopes to expand further into the Scandinavian market and take on more staff in the process.

“I started the business during the recession because I had no other work – it’s as simple as that,” he explained.
“I thought there was a wee opening for this type of business as more and more people had a lot of time on their hands, were growing their own produce to save money and were becoming more health conscious.”

Mr Gillespie said that, literally, his business began to grow immediately, mainly by word-of-mouth, and now his tunnels are located all over Ireland.

He claims that his company is the only one in the country that sells and supplies “complete” polytunnel kits.

Recently, a Danish man made an inquiry about becoming an agent for Gillespie Polytunnels in northern Europe. Mr Gillespie investigated the matter further and this week made his first export.

“You cannot buy complete pollytunnel kits in Denmark, so this man got in touch with me through our website,” he explained.
“I sent him some promotional material, he advertised our products and got a huge response. As a result, we sent a lorry load over to him this week. One of them is actually destined for a customer in Sweden, and we hope to expand further into the Scandinavian market.”

He added that, unlike other tunnels, his can withstand heavy loads of snow which is required in Scandinavia. Mr Gillespie is travelling out to Denmark next week to train people how to erect their tunnels.

They can also manufacture and erect tunnels which are wheelchair accessible and which can be used for other purposes, such as drying sticks.

Apart from the polythene covers, which are imported from the UK, he stresses that everything else in their polytunnels are sourced in Donegal.