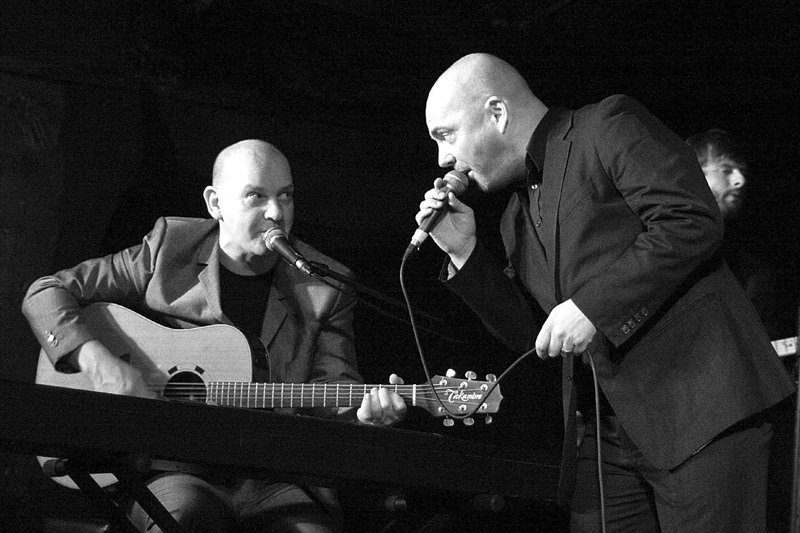 EIGHTIES pop sensation Hue and Cry come to An Grianán Theatre, Letterkenny, tomorrow, 16 April, as part of their Remote Stripped Tour. The tour marks the 25th anniversary of their platinum selling album, Remote (and its acoustic counterpart, Bitter Suite).

The gig will focus on the songs of both albums, stripped down to their emotional, acoustic core as well as a few surprises along the way.

Hue and Cry (brothers Pat and Greg Kane) burst onto the UK music scene in the late 1980’s with the outstandingly successful albums ‘Seduced and Abandoned’ and ‘Remote’, scoring a number of hit singles including the classics ‘Labour of Love’, ‘Violently’, and ‘Looking for Linda’.

Their award-winning style of intellectual, yet appealing pop songs, fused with their unique brand of soulfulness gave rise to their continued success as the band advanced ‘full-steam-ahead’ into the nineties, releasing acclaimed work which includes the chart-storming Top Ten album ‘Stars Crash Down’.

Hue and Cry have performed alongside some of the most prolific names in the business including U2, James Brown, Van Morrison, Madonna and Al Green as well as playing to thousands on their own headline tours. Pat and Greg are very much looking forward to engaging with fans once again on tour in 2014. Hue and Cry have a long-term plan to stick around and continue to do what they do best – to engage, challenge and entertain their fans old and new.

Hue and Cry have released 19 albums & 22 singles the most notable single being Labour Of Love which reached No. 6 in the UK from the debut album Seduced and Abandoned (1987, UK No. 22).

To book or for further information see www.angrianan.com or call An Grianán Theatre’s box office on 074 912 0777.