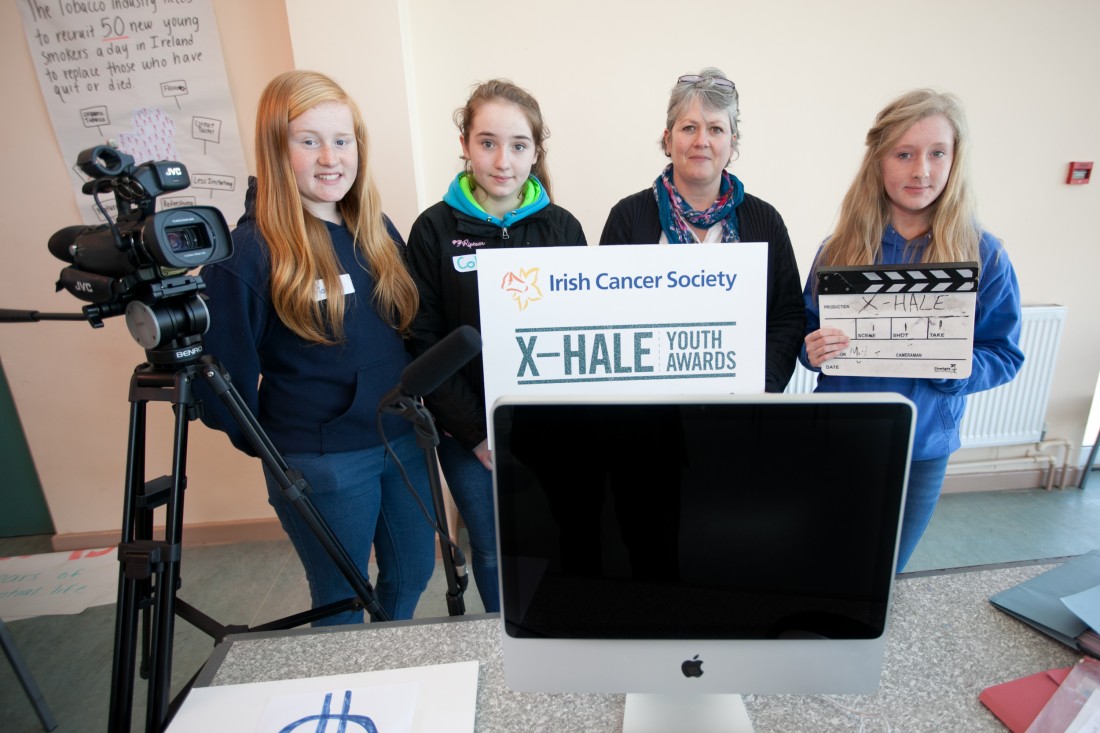 MEMBERS of The Waves of Change Youth Club in Dunfanaghy this week attended a film-making workshop in Sligo ahead of their entry to the X-HALE Short Film Festival 2014.

The X-HALE Short Film Festival is an initiative developed by the Irish Cancer Society to encourage young people to take action on the issue of smoking in their own communities through the visual and engaging medium of film.

They will spend the next few months preparing their film for entry into the Film Festival which will take place this summer.

All of the youth groups involved in the workshops have received grants from the Society to develop their project.

In total this year, 34 groups have been supported by the Irish Cancer Society nationwide. The Society has awarded over €100,000 to youth groups and organisations through the X-HALE Youth Awards to create smoking related community awareness projects since the initiative started four years ago.