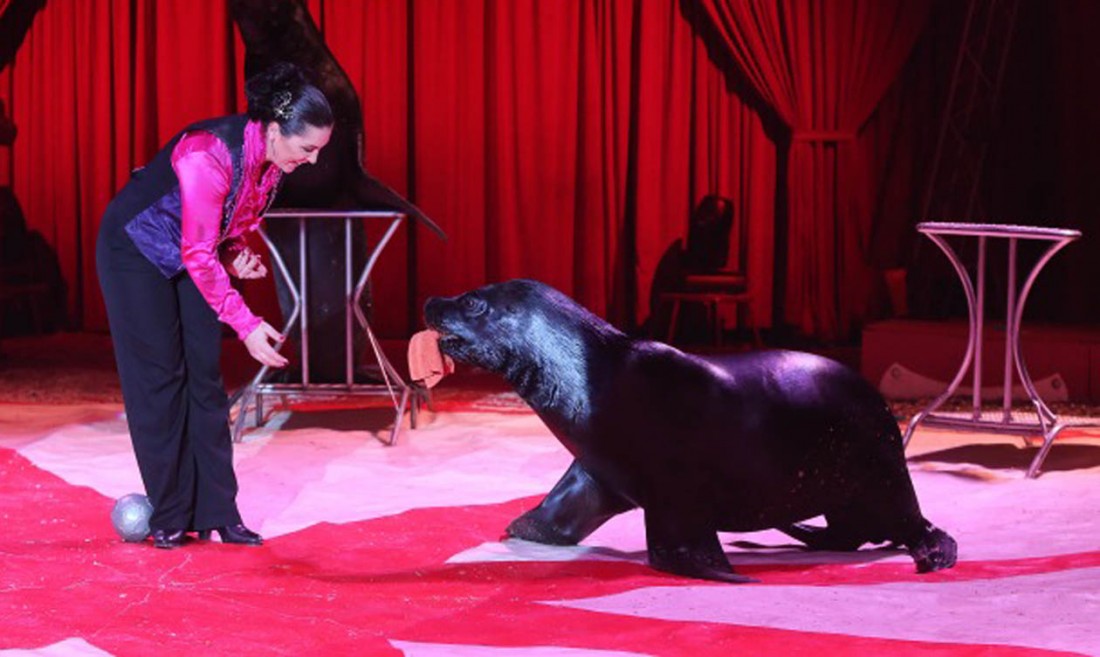 A SPOKESMAN for Ireland’s most popular circus has strongly rejected “unfounded” criticism of them from the animal rights group, ARAN.

Mr David Duffy, the Duffy’s Circus’s Managing Director and Ringmaster, was speaking after the group released a statement calling for members of the public to boycott their current Letterkenny tour which starts tommorow.

The circus owners strongly deny claims by ARAN that its animals, particularly sea lions used in their shows, are poorly-treated.
“Here at Duffy’s, we are totally dedicated to the welfare of our animals. There is a vast difference between animal welfare and animal rights,” Mr Duffy said.

“Animal rights activists often hold extreme views. They claim that animals have the right to roam free without any interaction with humans, they don’t want to see any animals in circuses or zoos, and some believe we shouldn’t have pets or guide dogs. Every right-minded person believes in animal welfare, but for ARAN to claim that our animals suffer is misleading the public and has offended our dedicated team of specialist animal carers.”

He added that it is “well-known” that sea lions respond well to captivity.

“Andrew, Ziggy and Nelson (their sea lions) are treated extremely well, there is nothing they love more than interacting with humans – this is witnessed daily by our audiences.  When the Sea Lions are not performing they have a large outdoor swimming pool to swim and play in as well as an indoor pool.”

Mr Duffy explained that the role of the ISPCA is to prevent cruelty to animals and promote animal welfare in Ireland.  They prosecute in cases of cruelty or neglect. On inspection visits to Tom Duffy’s Circus, no evidence of animal mistreatment, abuse or suffering has ever been found.

“It’s a myth invented by animal rights groups that we are secretive about our animals, and that we travel hundreds of miles between venues. Our tour is scheduled to avoid long journeys for the animals – the average journey is under 40 kms. Standards might be lower in foreign circuses, but those are not the standards we expect in Ireland.”

“We take great pride in our animals and the level of care we provide to them. At most performances we give our audiences the opportunity to see where our animal family members live, eat and sleep. On this year’s tour, the public can see our horses, ponies and llamas, and visit the pools where our sea lions, Andrew, Nelson and Ziggy swim.”

Mr Duffy also commented on claims that the animals are forced to perform.

“Our animal trainers know each animal individually. They teach them only routines tailored to their natural abilities and individual preferences. Sea lions in particular are highly intelligent and social animals, and ours enjoy nothing more than human interaction with everyone they meet.

“The long-term well-being and welfare of all our animals is a top priority at Tom Duffy’s. The traditional circus with animals is a recognised art form in Ireland, supported and funded by The Arts Council.“Our audience numbers grow year on year, last year over 160,000 people came to see our performances and meet our animals, and this year we expect even more. Would all these people come if they thought our animals were mistreated in any way?”