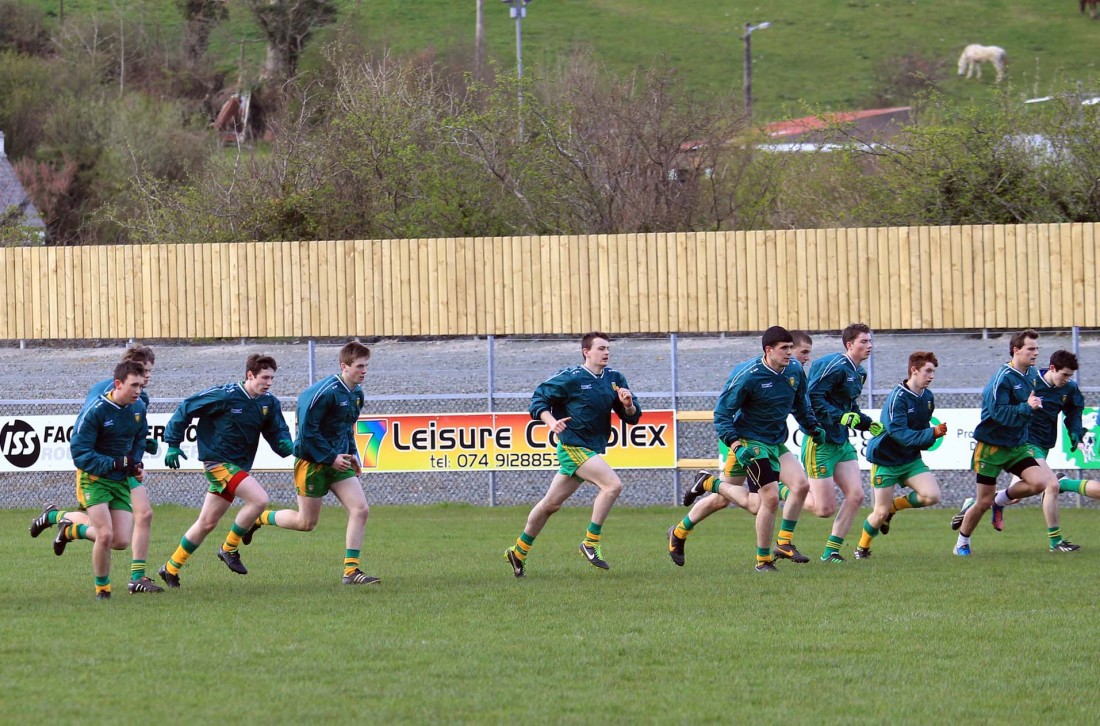 The Donegal minors are put through their paces

DONEGAL minor manager Declan Bonner will be missing Jamie Brennan, Colm Kelly and Niall Harley on Saturday when his side squares up to Armagh in the Ulster Minor Football League semi-final at O’Donnell Park, Letterkenny (throw-in 12noon).

Bundoran man Brennan will be sidelined because of a groin injury that kept him out of last Saturday’s facile win (5-15 to 0-8) over Antrim in Ballymena, while Aodh Ruadh pair Kelly (ankle) and Harley (hip) will also have watching briefs again this week. The three all sat out Tuesday night’s training session.

Christian Bonner, the manager’s son, has been troubled severely by tonsillitis and seems set to have surgery in the coming weeks, with participation on Saturday unlikely for the Na Rossa man. Donegal will have Connall O’Boyle and Conor Morrison available for selection again having been in China on a school trip, but squad member Cormac Callaghan suffered a broken hand in two places on Monday, an injury that will rule the Glenswilly man out for several weeks.

“The squad is certainly a bit shortened from what we had in recent weeks,” Bonner said as his Group A table toppers prepare to face Group B runners-up Armagh.

“We’ll have a couple of changes to the team for this weekend. We’ve rotated the squad all throug the group and we’ll continue to do that now.”

After posting an impressive win on the opening night against Fermanagh, Donegal came back from the brink to defeat Tyrone and on Saturday they cruised to a win against Antrim. Their other scheduled group game, away to Derry, was conceded by the Oak Leaf county, who claimed that they couldn’t field a team in the fixture.

“It has been a good campaign so far, we’ve been on a good journey, but now the serious stuff is about to start,” Bonner said. 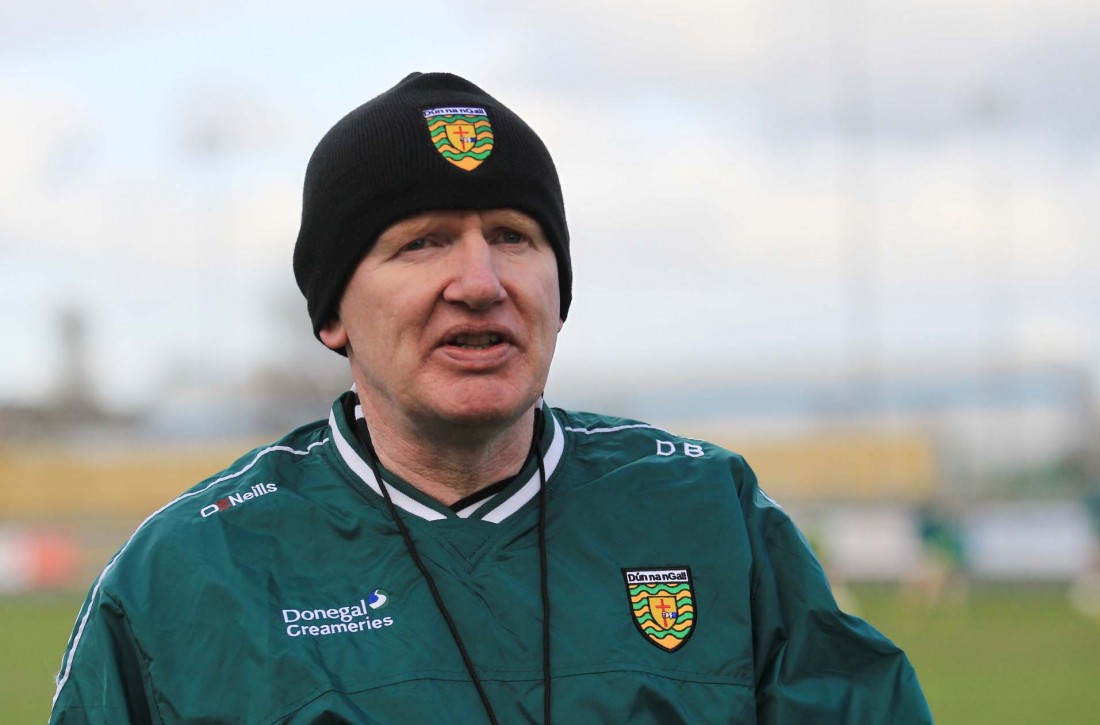 “We have tried to instill a winning mentality in the group and we’re always looking for an improvement.

“This is the group’s third year together and they know what we’re about now. They’ve put in huge effort and they’re playing really well.

“They’re a very mature bunch of footballers. This is where we wanted to be. It was never about going to win the Minor League as such, but we’ve just set out and taken it game-by-game, trying to win each game as it’s come.

“We’re into a knockout phase now and this is Championship stuff. It’s a different pressure for the players to handle. Win and it’s an opportunity to play in a final the following week – that’s a huge incentive.”

“Monaghan last year were a case in point,” he said.

“They beat Donegal in the Minor League final in Enniskillen and went on to win the Ulster Championship. Their manager, Frank Brady, said that the League final was where a fair degree of their Championship came from. He spoke at length about the confidence and the belief they got from the League win.

“The boys know what we’re at here. We know the confidence a win at the weekend would give us. At the start of the season we wanted to win whatever competition we’re in.

“We haven’t spoken about winning the League specifically, but we want to win ever game.

“That is the way we’ve been for the last couple of years. We have had a lot of these boys since they were fifteen. They know our game plan and they know what we expect of them.”

The highlight of their group stage, the manager said, was the manner of their comeback against Tyrone, when they overcame a six-point half-time deficit to win.

He said: “The first fifteen minutes after half-time when they really responded was a big highlight. They outscored Tyrone 1-7 to 0-2 in the second half. It was an outstanding performance.”

The 1992 All-Ireland winner, who managed the Donegal seniors between 1997 and 2000, feels that his side learned more from that game than last weekend’s twenty-two point annihilation of Antrim.

He said: “We had expected Antrim to be fairly decent. They gave us some difficulties early on, but once we got to grips with the game we really pressed on.

“Their management were saying that they hadn’t expected a defeat like that. For us, it was difficult to really find out anything about our players from the game, though.”

Armagh won two and lost one in Group B, their only defeat was a 3-7 to 0-5 loss at the hands of Cavan a month ago. Since then they have put up good wins against Monaghan and Down.

Armagh’s concern will be their attack which recorded the lowest return of any team in Group B.

Bonner said: “They will be a decent, well-organised side. It’ll be a good, competitive test.”
Down play Tyrone in the other semi-final.