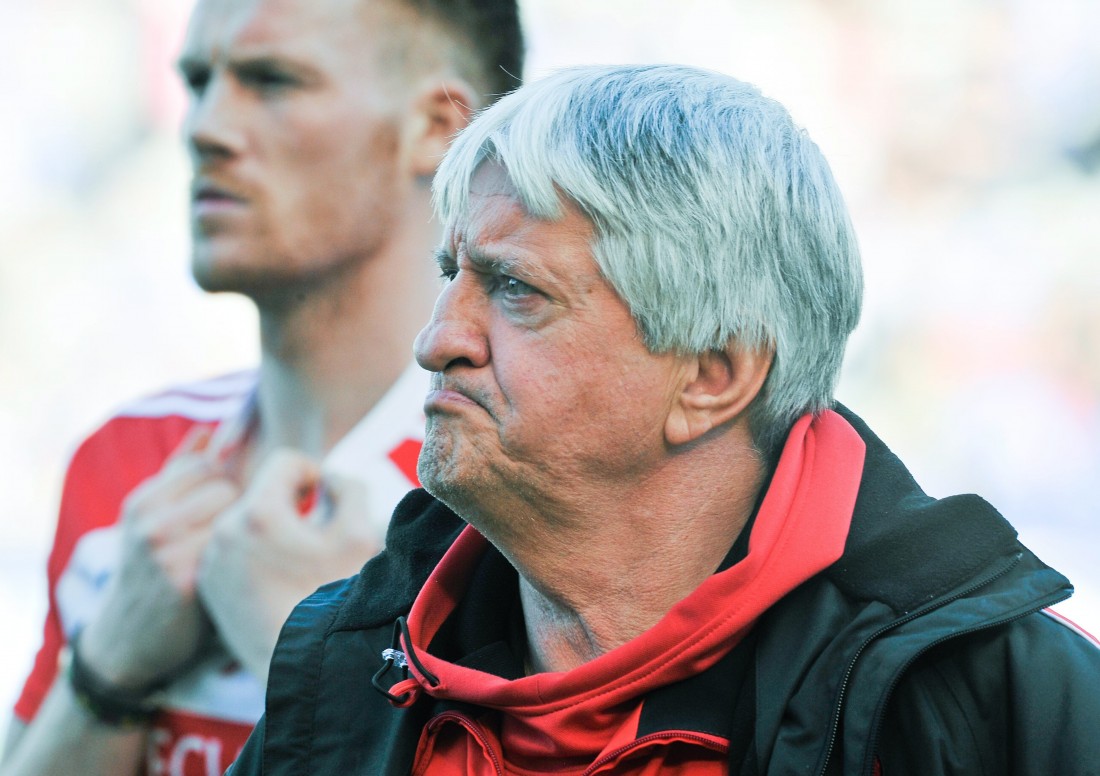 MAY 25th was to the forefront of Derry manager Brian McIver’s thoughts as he assessed a potentially damaging fifteen-point defeat to Dublin in the Division 1 final.

Derry were beaten 3-19 to 1-10 by the rampant Dubs, who flexed their muscles in some style with a phenomenal show of their strength and power. On top of scoring 3-19, Jim Gavin’s side had the luxury of being able to afford a whopping seventeen wides.

Former Donegal chief McIver – who was Tir Chonaill’s manager in 2006, ’07 and ’08 – is now looking forward to a joust with the green and gold next month.

“We have learned a lot that we will take to May 25th,” McIver said.

“We felt that this would be a really good test – as good as two or three training sessions. I wouldn’t like to think that we’ll give the ball away as much in Celtic Park, believe me.

“We’re very disappointed with the performance. We knew coming to play against the League and All-Ireland champions that we’d learn an awful lot. We were totally over-awed for the first thirty-five minutes and gave Dublin a lead we couldn’t afford to.

“We always said that this year would be a learning experience. We have learned from game to game. Hopefully we’ll take what we learned today and put it to good effect.”

An early Cailean O’Boyle goal for Derry was the only score they had registered for an age, with Dublin 0-13 to 1-3 in front at half-time. Second half goals by Bernard Borgan, Kevin McManamon and Diarmuid Connolly gave Dublin a comfortable win.

McIver said: “What we didn’t expect to do was to make the mistakes we did in the first half. We gave the ball away umpteen times and every time they got a score from it.

“When we did create chances ourselves we didn’t take them. That’s what we talked about at half-time: Correcting those mistakes.

“Then, Bernard Brogan goes to hit a thunderbolt and the match is over.

“It’s hard to say whether it was the occasion or if it was the case that Dublin clicked. It’s very hard to put an experienced head on young shoulders. We’re aware that we are exposing young lads to a big occasion.

“There was no losing of the head at half-time. We were just over-awed. It was just bang, goal and the game went away from us. Dublin are sharp and quick and they punished us. We were slow to react to a lot of things.”