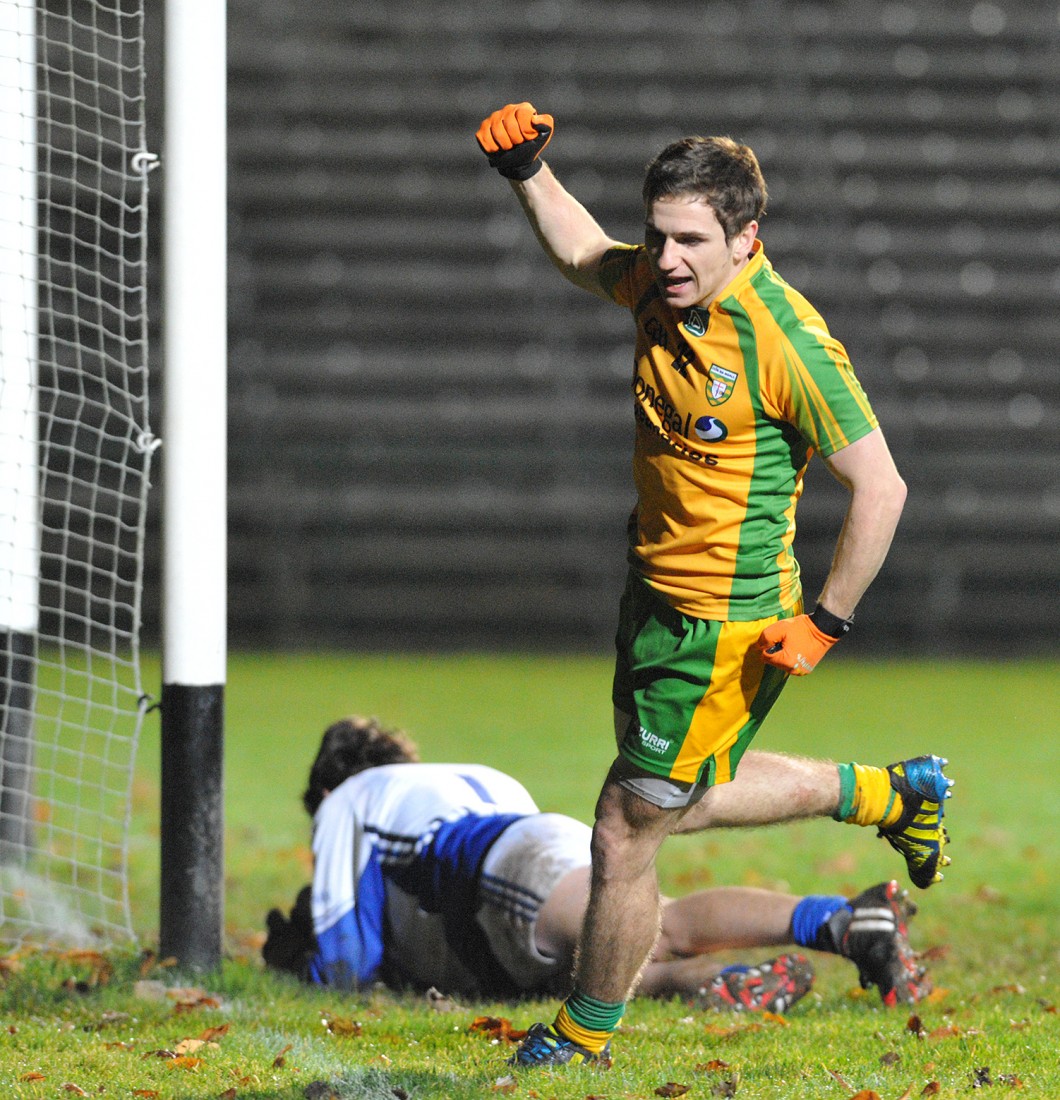 BY CHRIS MCNULTY
DARACH O’Connor is winning his battle to be fit for Wednesday night’s Ulster Under-21 final against Cavan at the Athletic Grounds, Armagh (8pm).
For the second year in a row Donegal are up against the Breffni boys in the provincial decider and manager Maxi Curran is hoping to be able to include the diminutive Buncrana ace, who has been bothered by a hamstring injury for the past three weeks.
O’Connor was introduced from the bench for the final eleven minutes of Wednesday’s semi-final win over Armagh and scored a point.
“Darach is building himself up all the time now again,” an optimistic Curran told the Donegal News yesterday.
“As every day passes he’s able for a few more minutes on the field.”
O’Connor picked up the hamstring strain in the early minutes of the MacLarnon Cup final on St Patrick’s Day, when he was lining out for Colaistí Inis Eoghain. He sat out the Ulster quarter-final win over Fermanagh and was restricted to the late cameo in the semi.
While Curran is hopeful of being able to include him from the start against Cavan, he has urged caution.
“To have him would be a massive help,” Curran admitted.
“He gave us a few minutes in the semi-final. You could see that he was rusty and he needs games.
It’s unfair to ask for the best out of him all the time. There is such high expectation on his shoulders.
“He is only an 18-year old Leaving Cert student at the end of the day and he has all that going on in the background.
“It is very hard with the level of expectation people have on him.”
SEE MONDAY’S DONEGAL NEWS FOR TWO-PAGE SPECIAL ON THE UNDER-21 FINAL