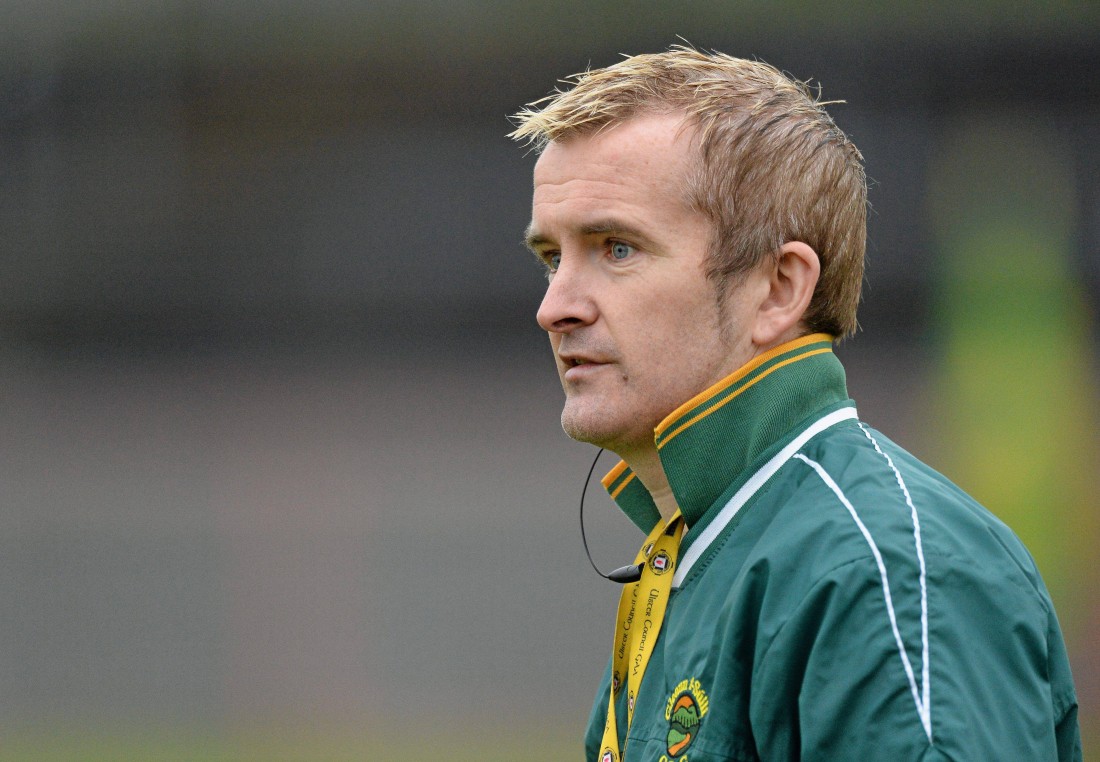 CLUB managers in Donegal have rounded on the Competitions Controls Committee (CCC) after a near-wipeout of planned All-County League fixtures on Good Friday.

The decision was taken on Tuesday night to postpone the fixtures, although Gaoth Dobhair and St Eunan’s have since agreed to play their game at O’Donnell Park.

The CCC took the decision on foot of a request from the Donegal senior football team management. The request was made to have the Good Friday games played as ‘starred’ fixtures where no county players would be available. However, when this was rejected by the clubs, the decision was made to call them off.

The Donegal squad were due to return from a week-long training camp in the Algarve last night, Thursday and cited the risk of injury by playing so soon after their return was too great.
Club managers met the announcement with frustration.

“It is embarrasing, unprofessional and uneducated to do this on a Monday or Tuesday night on the week of a planned double round of games,” said Gary McDaid, the manager of 2013 Donegal SFC champions, Glenswilly.

“There is no forward planning here at all.

“We only found out around 11 o’clock on Wednesday night that the reserve fixture in Ardara was going ahead. The website on Wednesday morning had it that all senior and reserve games were postponed. We left training on Tuesday with no games, but we found out later on Wednesday – after we’d contacted the players – that it was on. It just isn’t fair on players.”

Last Monday at the monthly sitting of the Donegal county committee, it was revealed by CCC secretary Seán McGinley that games were being pencilled in for Good Friday and Easter Sunday, a change from the previously-planned Saturday-Monday schedule and a move that was greeted with concern by some delegates.

“You’re trying to get a bit of momentum. You go to training and you say to the lads: ‘We have two games at the weekend, lads, it’s a good chance for us to have six points on the board by Monday’. After training we’re told it’s off.

“This is the second time this has happened to us this season already and we’ve only just started. To be given 72 hours notice of cancellations like this is just not on.

“The difficulty I have is that the CCC knew about this for months. We have Michael Moyles from Mayo up doing a bit of coaching with us now and again. He is just astounded at what’s happening.”

“It would have suited us to have the game off, but we had asked boys to get their work re-arranged to suit a game on Friday so we’ll plough on and play the game,” said Gaoth Dobhair player-manager Kevin Cassidy.

“Boys sorted out their shifts to play on Friday, so we have to be fair to them too. It’s the players that I feel sorry for. The whole thing is just upside-down.”

St Eunan’s had a plan B in the form of a game against Ardara as a possibility had Gaoth Dobhair not agreed to the game.

This week’s frustrations come after a series of fixtures forums between the parties.

“We, the club managers, went to three meetings and we thought we had the thing sorted out,” Hughes said.

“Yet, here we are and we’ve not had a chance to get the thing properly started yet. With the amount of calls we’re taking, managers are becoming more like administrators now.”

His comments were echoed by McDaid, who said: “My phone has been going 24/7 this week.

“To me, the double round as it was planned was a great idea: The boys would come back Thursday night, have Friday for rest and then play the two games on Saturday and Monday. First, they were fixed Saturday-Monday, then changed, then off…ah, it’s just frustrating.

“The CCC is answerable for it. They are the people who have to make the difficult calls.”

Paddy Campbell, the Naomh Conaill manager, had voiced the opinion on Sunday that ‘no team cares an awful lot about the League…so long as you aren’t relegated you’ll be happy enough’, but Kilcar’s John McNulty isn’t of the same school.

“People have said that the League doesn’t matter, but I always try to aim to win it,” he said.

“This is all just so unfair on club players. To be told at the last minute is unacceptable. We had training on Tuesday night that was based around the idea of a match on Friday.”

The sentiment from all of those contacted was that the blame lay at the feet of the CCC.

“We are very supportive of the county team, we always have and always will be, but the difficulty is that these players represent three per cent of the playing population; the other 97 per cent are being held out as the sacrificial lambs here,” said Termon boss Daireann Gibson.

“A number of the players took time off this week, re-arranged their days and what have you.  It leaves a very difficult scenario where you can hardly be asking men for big commitment when this is happening so early in the season.

“Scheduling League games can’t be that difficult. We do need a certain amount of flexibility, but maybe not this much for League games.”

Last Monday, St Michael’s expressed concern at the putting games on Good Friday, noting that for many players it was an ordinary working day and their game at Kilcar has been postponed.

“It’s hard enough to get boys back without having to head to Kilcar on a Friday.”

In Division 2, Killybegs v Dungloe and Glenfin v Sean MacCumhaills have been called off, while the Naomh Colmcille v Burt, Carndonagh v Buncrana and Naomh Brid v Red Hughs games are the others to fall.

Donegal regulations allow the playing of four ‘starred’ games a year. The CCC has confirmed that only two starred rounds were played in 2013.