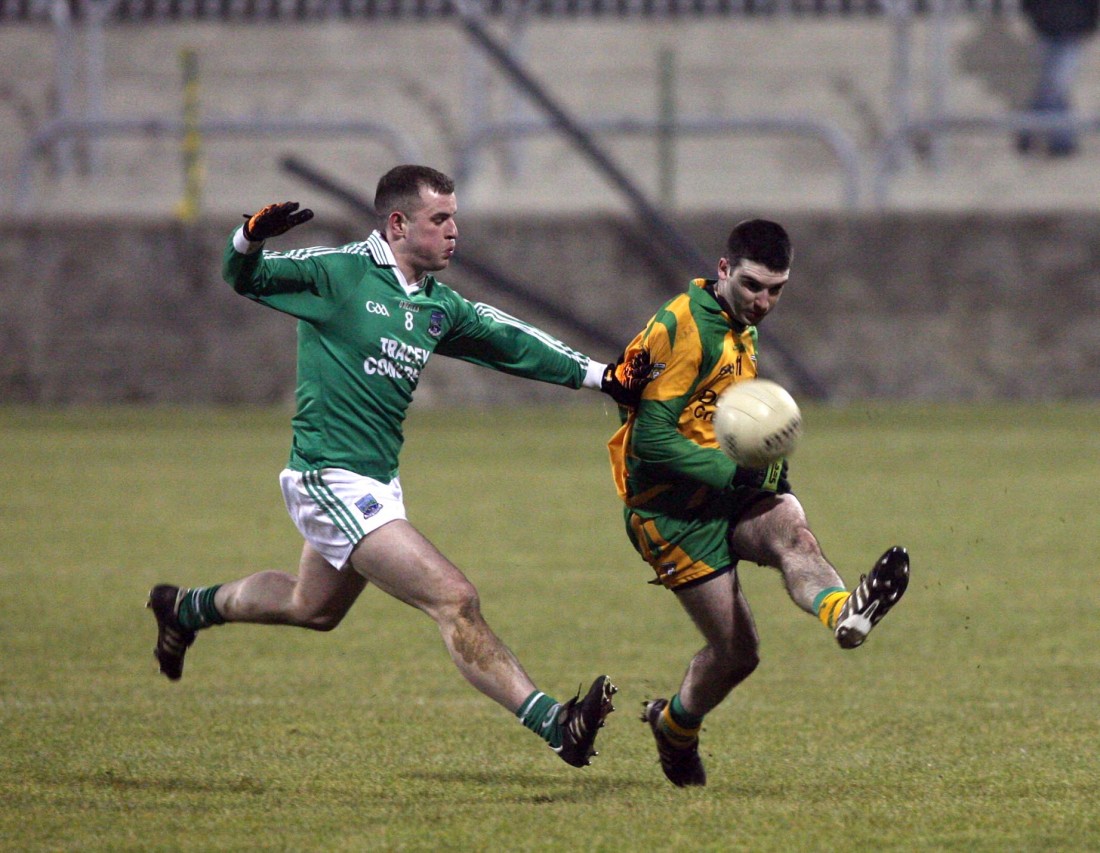 THE proposed transfer of Jamie Doherty from Letterkenny to St Eunan’s will again go before the Donegal Competitions Controls Committee (CCC) for consideration on Monday night.

Doherty has been in limbo since 2012 when he submitted a written request to the CCC asking for a transfer to be granted. The impasse has yet to be cleared, however, and the 23-year old remains uncertain whether not he will be allowed to line out for Eunan’s in 2014.

“This is the third year in succession that this request is here. The matter was discussed on March 24th and to date there has been no correspondence on it,” he said.

“The normal procedure is three days.”

CCC secretary Seán McGinley confirmed that he had sought information from both clubs to take to Monday’s meeting of his committee.

The wheels are again in motion, however, and a determination is likely to be made on Monday by the CCC.

In 2012, when Doherty wrote to the Donegal County Board seeking the transfer he said that he had played just four games with Letterkenny Gaels since 2010, adding that he had found it ‘increasingly difficult to improve’ his football whilst playing in Division 4, arguing that it was hindering his chances of playing for the Donegal Under-21s.

At the time of the initial request, in March 2012, a sub-committee was formed but, with an ongoing boundaries issue in Letterkenny, they did not make a decsion at the time and it was referred to the CCC.

When the Disputes Resolution Authority (DRA) ruled in March 2013, after much deliberation, that there ‘would be no boundaries demarking separate club catchment areas within the Letterkenny area’ it appeared to strengthen the player’s case for a move.

However, Doherty – who in January 2011 played for the Donegal seniors in the McKenna Cup – is still playing a waiting game.