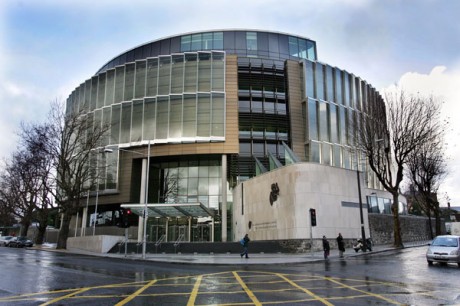 IT EMERGED this week that an Arranmore man who killed a teenage neighbour after smashing a pint glass over his head and sticking the broken glass into his neck, is back living among the small island community.

In April, 2012, Stephen Boyle (43) of Ballintra, Arranmore, was jailed for six years at the Central Criminal Court after a jury found him not guilty of the murder, but guilty of the manslaughter of Paul Boyle (19) at Early’s Bar, Leabgarrow, Arranmore on October 3, 2009.

He was released from Castleree Prison, County Roscommon, last Tuesday, April 2, after serving five years of the sentence.

Boyle, who also had an address at Austen House, Cambridge Road, Kilburn Park in London, at the time, had denied murder but pleaded guilty to manslaughter.

During the trial, the court heard that the father-of-one stabbed Paul Boyle in the neck with a glass after a row involving a number of people at around 2.30 am on the morning in question.

Stephen Boyle was before Tuesday’s sitting of Dungloe District Court where he applied for the restoration of his driving licence.
He was banned from driving in 2011 after being found guilty of drink driving.

Representing himself, Boyle told Judge Paul Kelly that he was “embarrassed about the whole thing” in relation to the drink driving conviction, adding he was “quite confident” he would not repeat the offence.

Garda Inspector, David Kelly, told the court he had no objection to the application. However, he noted that Boyle failed to hand in his licence in order for it to be endorsed.

However, Boyle explained that he was unable to do so as he was serving a prison sentence and that he only ever held a UK licence.

He said he is currently back living on Arranmore and that he has applied to have his UK licence re-registered.

He added that he is planning to go back to London to work and that he has a previous drink driving conviction, dating back to 1991.
Judge Kelly granted the application, saying Boyle’s licence would be restored from May 13.

At Boyle’s sentencing, the judge took account of a psychiatric report, which said he was of minimal risk of re-offending and that nine persons had given him “the highest references.”

The judge also noted that a defence of diminished responsibility was used during the trial but that the jury did not accept it.

The Donegal News understands that Boyle has been living in his own house on the island since being released from prison.

The house is located just a five minute walk from the home of the family of Paul Boyle who live at Plohogue.

One source, who did not wished to be named, described Boyle’s return to the island as “very difficult” for the population there, which numbers less than 500.