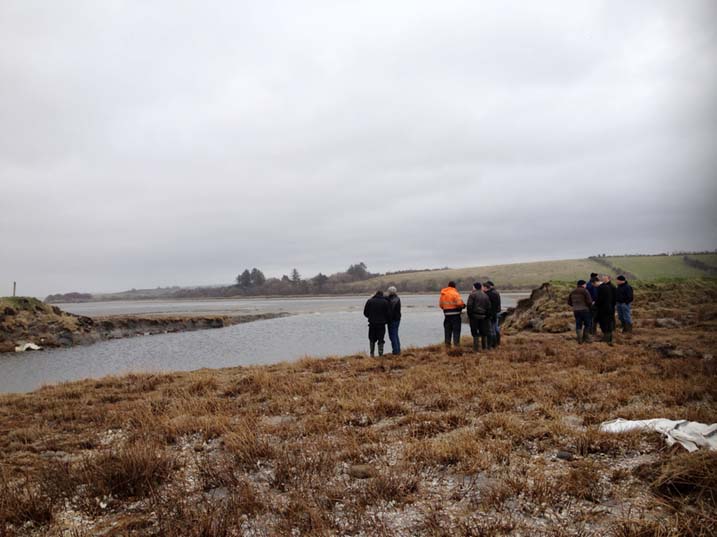 The collapsed embankment at Ards.

MORE than 130 acres of land has been flooded in Ards following the collapse of a sea embankment, according to Sinn Féin local election candidate, John Sheamais O’Fearraigh.

Mr O’Fearraigh was speaking after a visit by Sinn Féin EU Candidate Matt Carthy, Local TD Pearse Doherty with local farmers to see the impact of damage by recent storms which caused the Ards sea embankment.

He added that due to the breach, which occurred in January and measures approximately 80 feet, the local farmers have had their lands repeatedly flooded when high tides come in.

“I am aware that the officials from the Office of Public Works (OPW) have visited this site in January after the breach took place, however it remains unclear if the funding has been made available to fully complete the works necessary or when works will commence.

He is now calling on Donegal County Council to prioritise this project and to immediately clarify details of the plans to repair the breach and to consult with local farmers on the repair works needed.