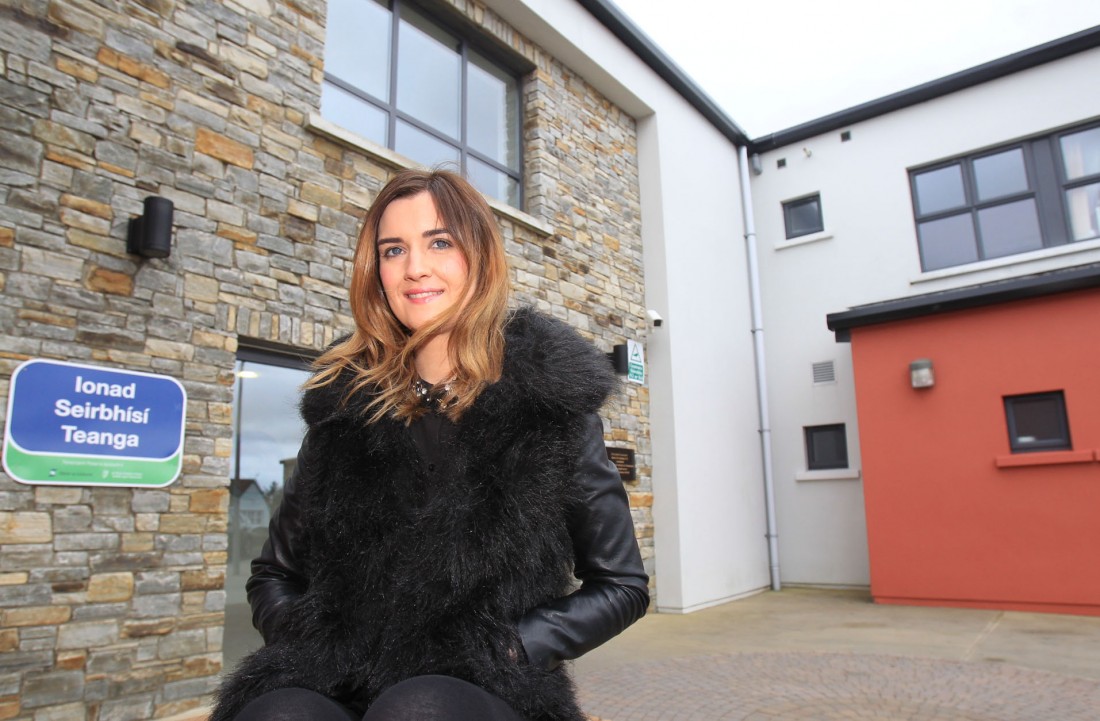 FOLLOWING an overwhelming response from her local community, a young Donegal teacher has set up a new drama school for young children.

Colleen Kelly, a trained history and drama teacher, has just set up the Lúnasa School Of Drama teaching young children at An Craoibhin Community Centre in Termon.
The daughter of John and Frances Kelly, Gortnalaragh, Termon, came up with the idea of providing drama classes in her home parish while volunteering with the education team at Glenveagh National Park.

“Young children would come to the education room to learn about the nature side of the park and through the various activities we set out for them to do each week, I really seen how the kids loved using their imaginations in the tasks that they undertook.
“I suggested drama classes to a few various people in my local area and when I launched the idea the response was overwhelming,” said Colleen.

Colleen’s classes are split up into different groups according to the child’s age and so far the children have been ‘fantastic’, she said.
“I have a lot of eager little ones who are great at all the activities and games I set out. Drama for children is not simply about providing a performance for an audience it is also focused more on developing the personality of the child.

“They learn how to interact, how to walk in someone else’s shoes through role-play and how to act confidently, it doesn’t matter how silly you look in class or if a mistake is made that is all part of the learning process and it adds to the fun.”
Colleen also tries to combine some work relating to Irish folklore which fascinated her as a child, stories from school that always stuck with her.
“I have a small section of the class where I will do a little story-telling, in particular Irish mythology and folklore and in this I read Tir na nÓg, Finn Mc Cumhaill etc.

“The reaction from some of the children was amazing, they were truly fascinated about these tales of kings and queens and armies filled with brave warriors.
“I think a little knowledge about Irish folklore is important and these tales can be told in a fun way, it reinforces that sense of wonder and magic that is all part of being a child.”
“There is that sense of escapism with drama from the daily drudge of everyday life and each attempt they make at anything in class is a step in the right direction towards creativity and learning about life.”

Colleen said the reaction from her local community has been amazing. “An Craoibhin Community Centre have been great and all the girls working there have been more than helpful to me. It is a fantastic asset to Termon and surrounding areas to have such an incredible facility.”

In the upcoming months Colleen and her students will be holding a small play which they are currently working on. “Then in the near future I want to have a full-time group consisting of both adults and children to form a drama society, which I think every area should have.”

I have also had people suggesting that I hold auditions for small drama roles for television, theatre and film and the like so although I am taking baby steps first it is definitely something I would not rule out so watch this space,” said Colleen.
Colleen was born in Clydebank just outside of Glasgow. Colleen’s grandfather on her mother’s side was from County Tyrone and her Inishowen native grandmother moved to Scotland in the 1940s. “I moved back to Donegal with my mum and dad when I was younger settling in Termon where my dad was from and that’s where I was raised.”
From a very young age Colleen, who has one older brother Paddy and one younger sister Dara, loved creative writing, film and theatre.

“I loved anything arty and creative really. When I first left school I trained as a hairdresser and I travelled with it, first working in Glasgow where I gained invaluable experience working in hair shows for The Glasgow School of Art and Glasgow Fashion week.

“I then travelled to the USA before settling back in Donegal and studying for my honours degree in Irish History and Drama at the University of Ulster. I thoroughly enjoyed my course and after graduating I then went on to study for my postgraduate diploma and my masters.

“I have always had a keen interest in play-writing and script-writing, I completed my first short film script with the award-winning film-maker Orla Walsh in 2012.
While studying full-time I worked at quite a number of fashion shows and beauty events organising and producing various shows, I loved the buzz from working backstage and being in an organisational role, as hectic as it was it was all very rewarding. “I always had an interest in staging events so career-wise I wanted something to combine my interests with what I was studying which is rare for a lot of graduates these days. I didn’t want all those years of study to go to waste so I got the thinking cap on.”

For the moment the classes are Colleen’s main focus, along with keeping her creative juices flowing by still researching and writing scripts. “| think it is so important to support the arts and culture as they form part of the fabric of Irish society,” she said.

Coming into the spring and summer months Colleen is taking names as expression of interest or bookings for her summer camps throughout Donegal with locations yet to be confirmed. “The classes are for children aged 4 and up. I also hold one on one classes for children and adults or small groups and I can be contacted on 0861082866/0879759183 or on e-mail Lunasadrama@outlook.com or find us on Facebook,” said Colleen.

If you are looking for a fun activity which involves making new friends and learning new skills then contact Colleen at Lúnasa School Of Drama.