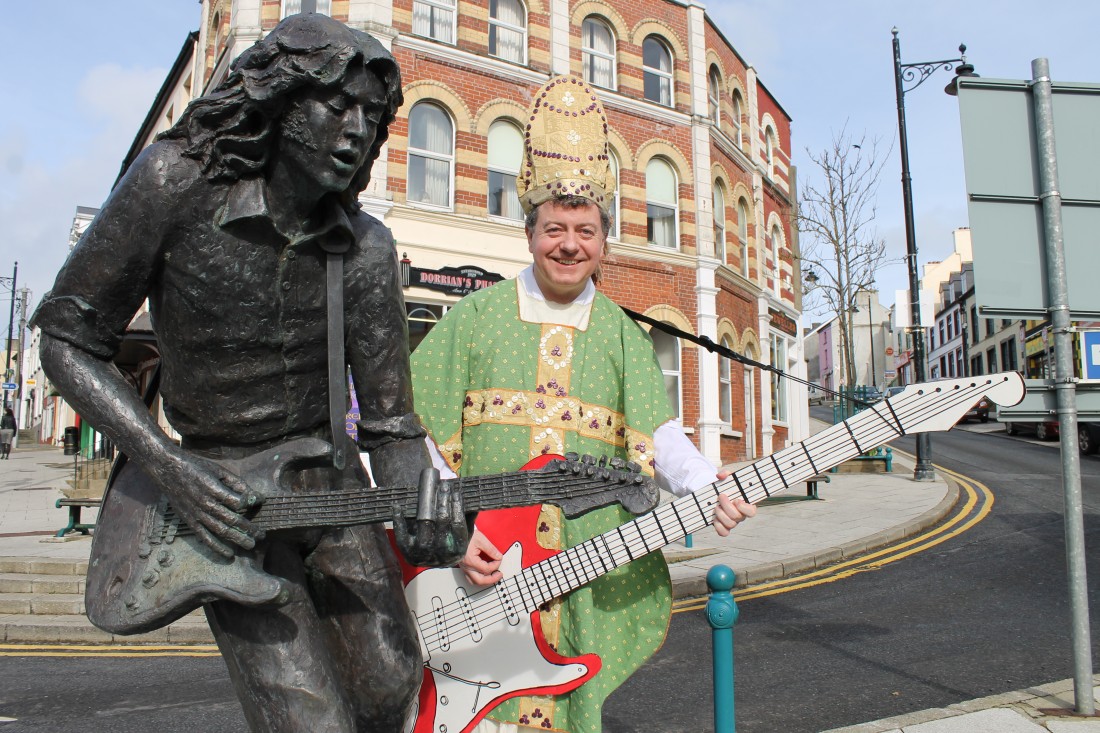 Cllr. John Meehan, Mayor of Ballyshannon as St Patrick showing his support for the MAN UP Campaign.

MAYOR of Ballyshannon Cllr John Meehan donned his St Patrick’s robes this week, to show his support for the MAN UP campaign.

The MAN UP Campaign is about engaging men to speak up against abuse in the home.

DLDC in collaboration with the Women’s sector in Donegal are supporting this campaign to talk to men, to involve them, to tell them that they are critical to ending violence against women and children. Most men celebrate women, they don’t control them. Good men love and protect children. A small minority, however, continue to hurt women and children.

There will be a number of events planned throughout 2014 to publicise the campaign.

For more information on the campaign contact Caoimhin Mac Aoidh, CEO DLDC on 074 9127056 or visit www.DLDC.org.