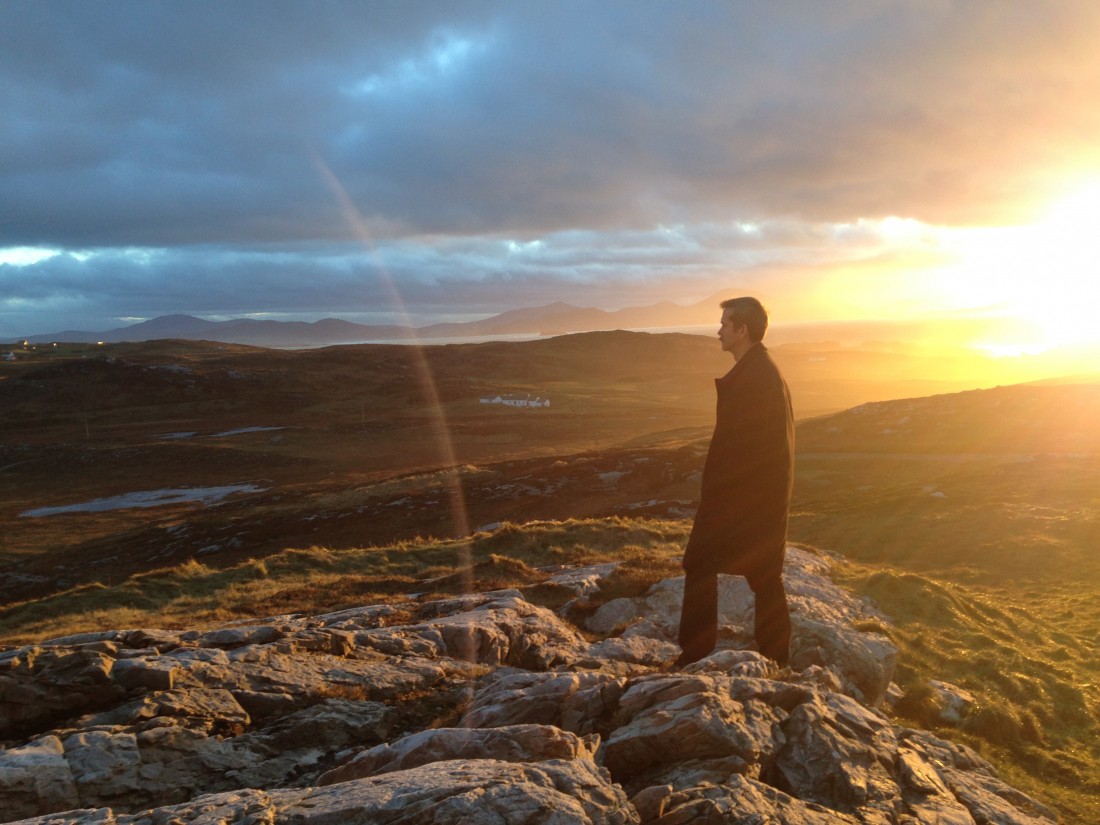 TOURISM Ireland today launched its series of four new online films featuring the famous Canadian astronaut, Chris Hadfield – to entice prospective holidaymakers from around the world to come and follow in his footsteps and begin planning their own visit to Ireland this year.

Earlier this year, Tourism Ireland enlisted his help when the famous spaceman visited Ireland – filming him as he spent several days as a ‘tourist’, visiting some of our top attractions and experiences. The resulting four short videos are called ‘An Astronauts Guide to the Island of Ireland’ and will be promoted around the globe by Tourism Ireland.

The first film features Donegal and the spectacular scenery of the Inishowen Peninsula, starting point of the Wild Atlantic Way. It also features some charming footage of Chris learning ‘cúpla focal’ Gaeilge from some of the local schoolchildren in Buncrana; as well as an evening of traditional music in McGrory’s of Culdaff. To view the films, visit Ireland.com.

The other three films, which will be rolled out around the world from tomorrow (26 March), feature the popular attractions of Titanic Belfast and the Guinness Storehouse, as well as footage of Chris learning to play hurling at the GAA clubs of Na Fianna in Dublin and Cushendall in Co Antrim.

All four films, and the accompanying feature articles, will be promoted on Tourism Ireland’s website, Ireland.com. They will be shared by Tourism Ireland with its Facebook fans (over two million worldwide) and Twitter followers (110,000+), and on itsYouTube channel (the most watched YouTube channel of national tourism organisations in Europe, according to the Ditital Tourism Brand Index) shining a spotlight on some of the many great things to see and do on a holiday in Ireland; and the films will be distributed to influential international travel and lifestyle media, through an extensive publicity and PR campaign. Chris Hadfield will also be tweeting links to all four films – inspiring his more than one million followers to begin planning their own holiday to Ireland this year.

Minister for Transport, Tourism & Sport Leo Varadkar said: “Chris Hadfield is one of the few people on earth who has seen Ireland from space, and on the ground. These are four great films which I’m certain will persuade people from around the world to pay their own visit to Ireland. We’re delighted that Chris had such a good time during his stay and hopefully he’ll be back for another visit in the near future.”

Niall Gibbons, Tourism Ireland chief executive, said: “I would like to thank Chris Hadfield for his tremendous generosity in agreeing to help us promote the island of Ireland around the world. He is an enormously popular, global figure and I am confident that the four films we have created of his visit to Ireland will be seen and shared by millions of potential holidaymakers around the world – inspiring them to come and sample the destination for themselves.”