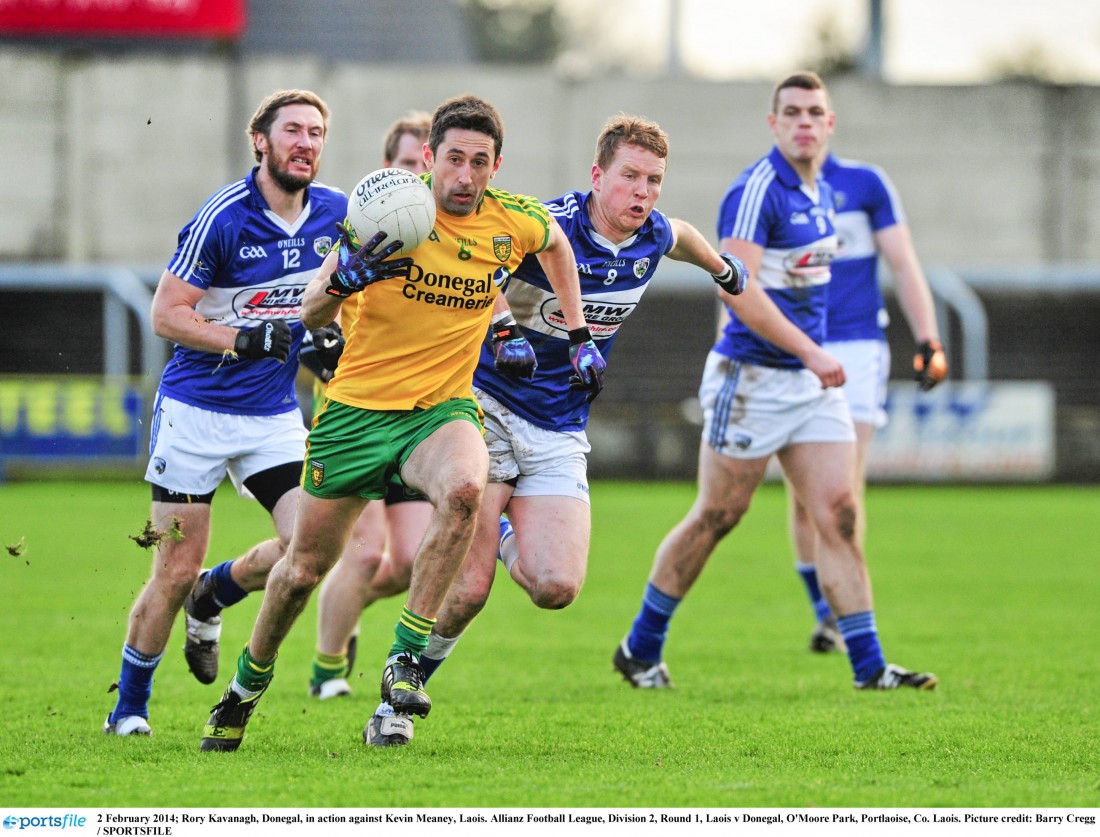 Rory Kavanagh powers away from Laois in the recent game at O’Moore Park.